Thunderstorms are expected to develop from the Northeast into the Tennessee Valley on Friday ahead of a cold front. Across the High Plains, thunderstorms may develop during the afternoon as a result of daytime heating.

Thunderstorms from the Northeast to the Tennessee Valley on Friday
Strong to severe thunderstorms are expected to develop this afternoon and evening ahead of a cold front. The airmass over the region is moist, and will become unstable this afternoon with daytime heating. An upper level low over the Great Lakes will also be moving eastward, aiding in the development of thunderstorms. Large hail and damaging winds will be the primary hazards with these storms. Storms should weaken after sunset with the loss of daytime heating. 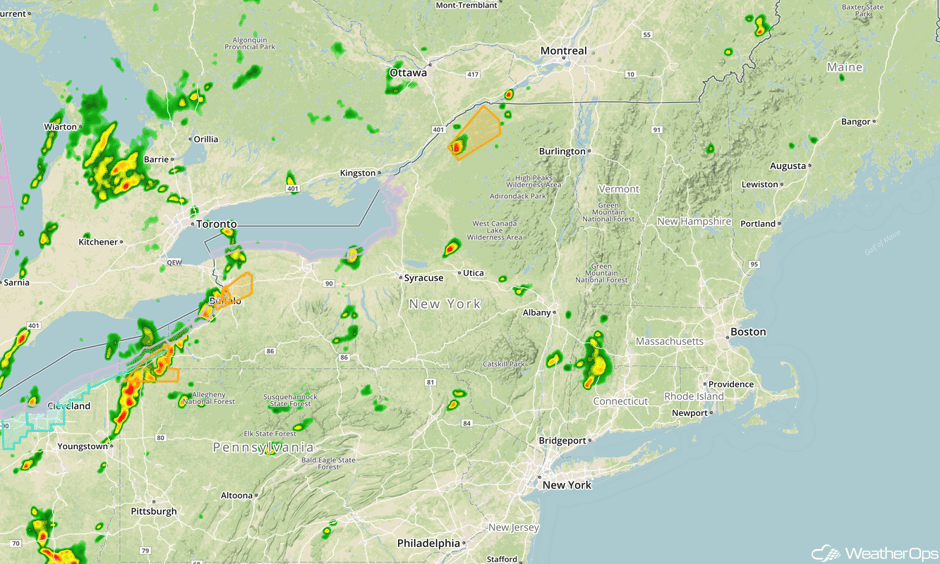 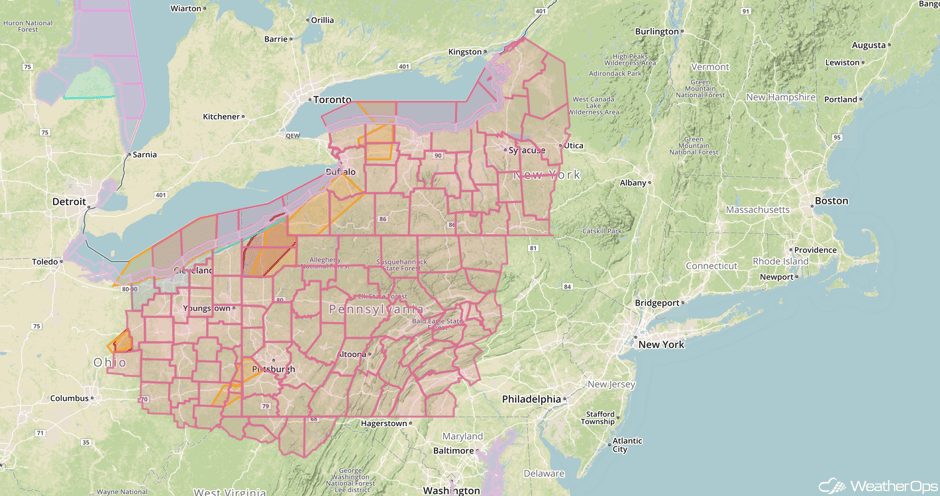 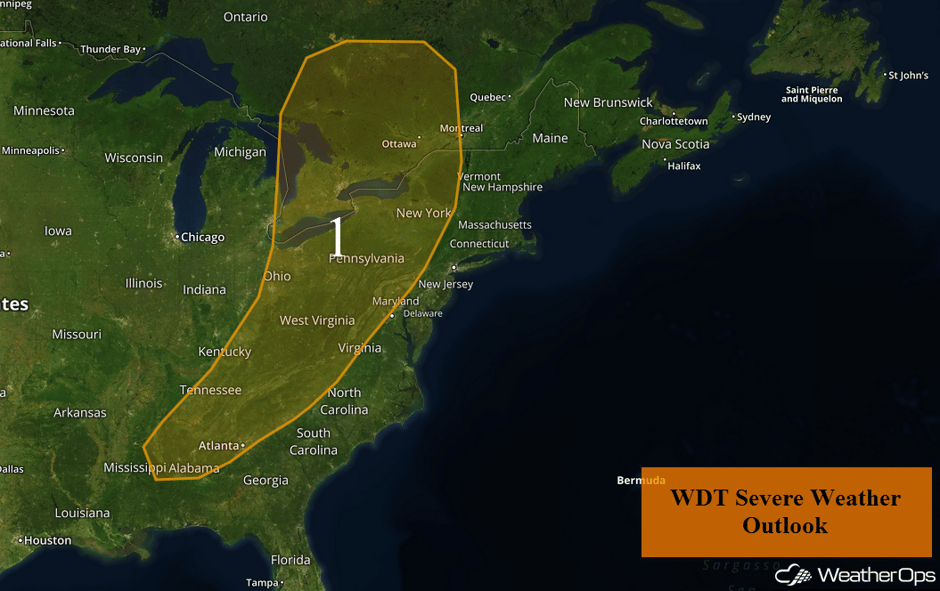 Risk for Thunderstorms Friday across the Central High Plains
An area of low pressure developing in the lee of the Rockies will provide some forcing for the development of isolated strong to severe thunderstorms. Instability will build as daytime heating increases, leading to the development of thunderstorms during the mid-afternoon and continuing into the evening. Storms will weaken later in the evening. Damaging winds will be the primary hazards, but some isolated instances of large hail cannot be ruled out. 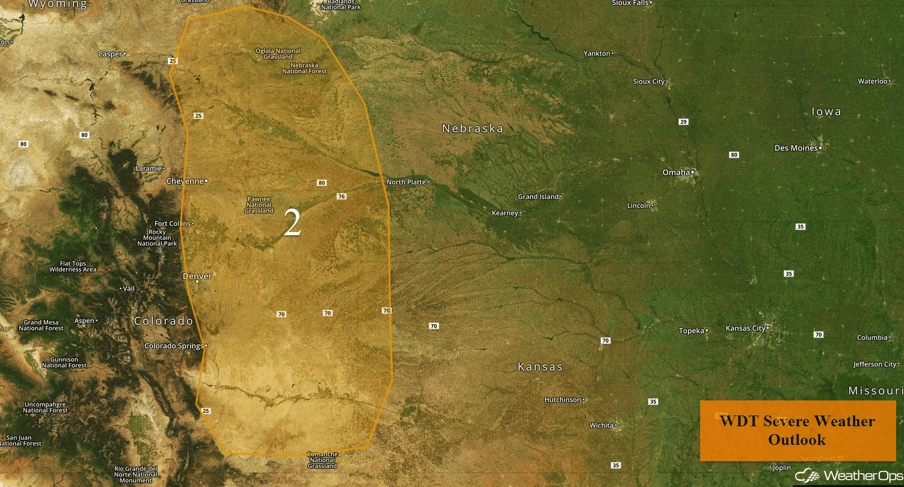 Potential for Thunderstorms Saturday for the Central Plains
An area of low pressure will develop over the Central Plains on Saturday, allowing for a risk of thunderstorms. A weak cold front should begin moving southeastward and into the Southern Plains. As this occurs, increasing shower and thunderstorm activity is forecast. Severe winds and hail will be the primary hazards with these storms. 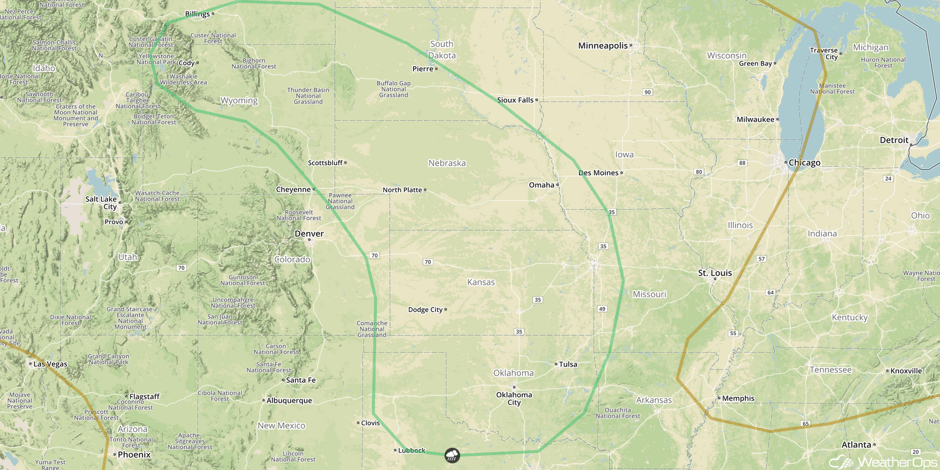 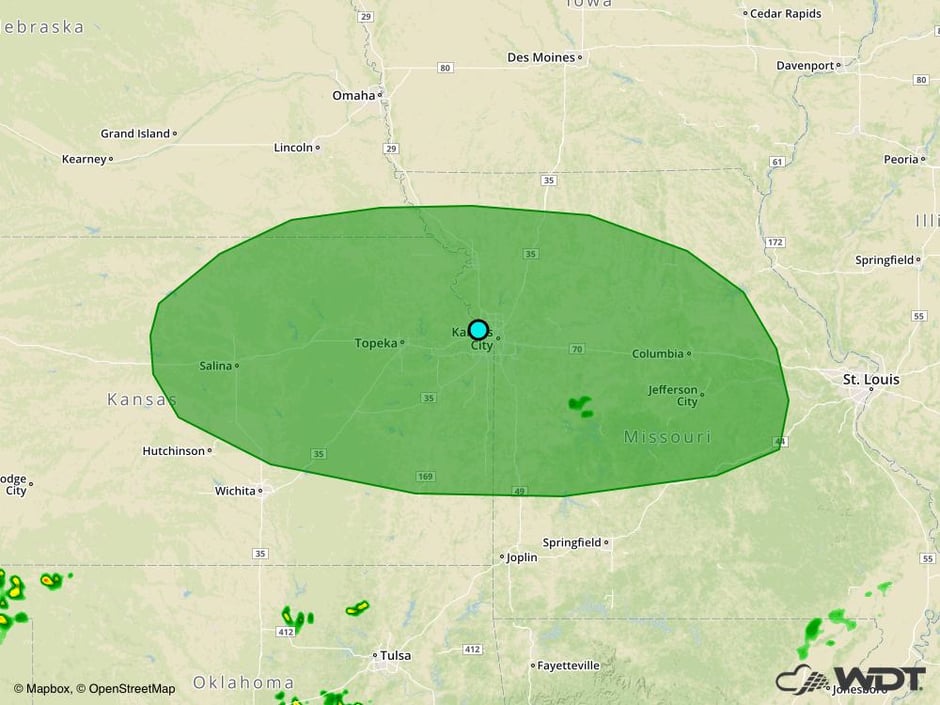 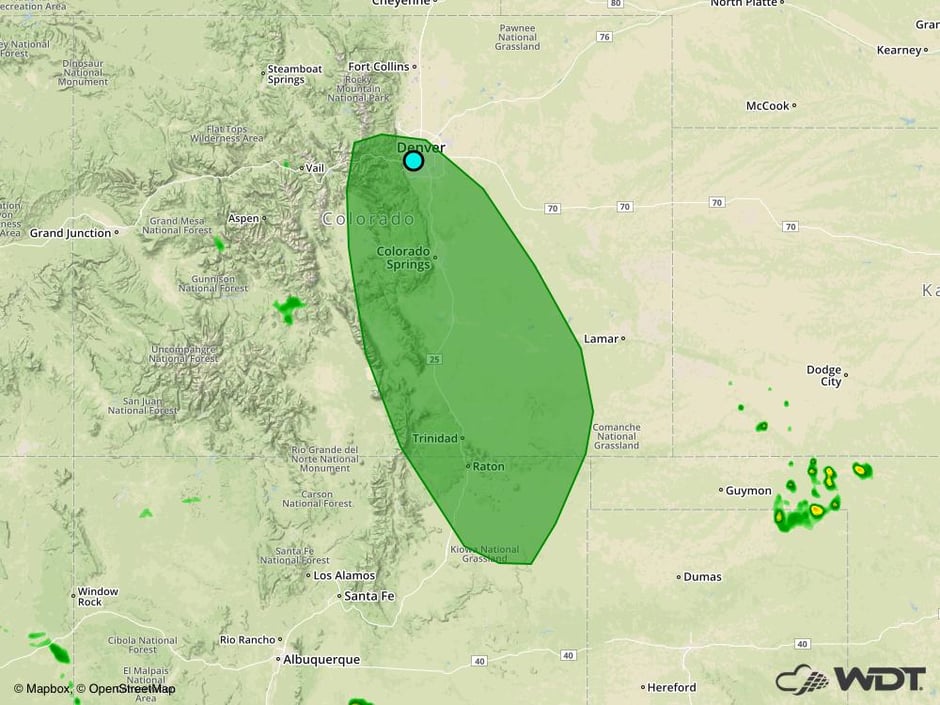 Excessive Rainfall Potential from Eastern Oklahoma into the Ozarks on Sunday
An upper level disturbance will move along a nearly stationary boundary on Sunday. This will promote the development of scattered showers and thunderstorms from portions of Oklahoma, eastward to the Missouri Bootheel. Rainfall amounts could exceed 2 inches in some locations with a risk for local runoff. 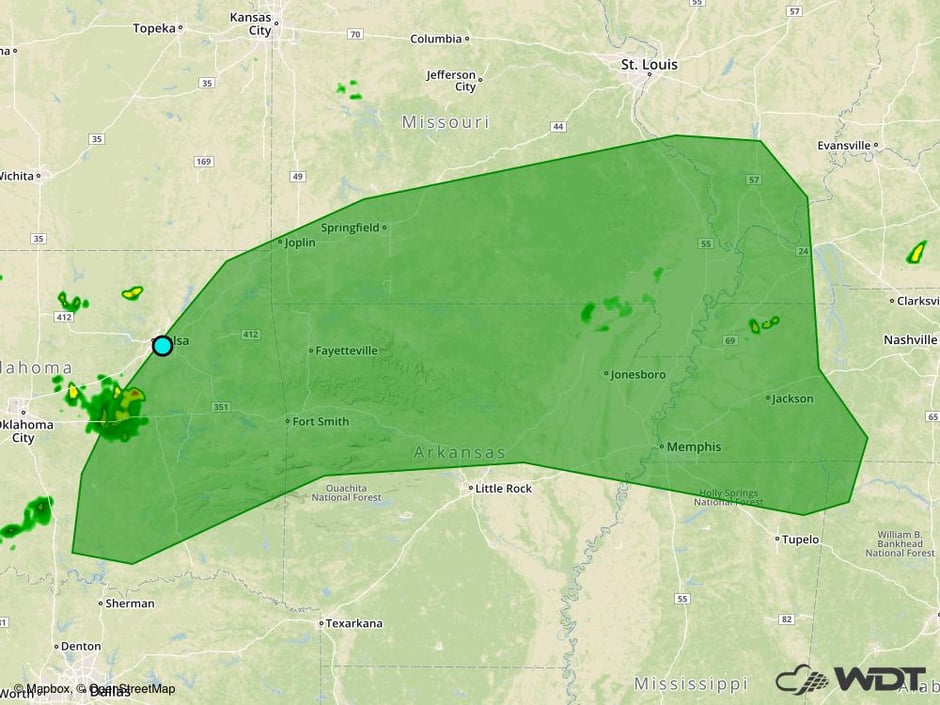 Tropical Update
A broad area of low pressure (red oval), associated with a tropical wave, is producing a large area of disorganized showers and thunderstorms several hundred miles south and southwest of the Cabo Verde Islands. Environmental conditions are favorable for the further development over the next few days. A tropical depression is likely to develop early next week while moving west-northwestward at 15 mph.

A large area of cloudiness and thunderstorms over the central and eastern Caribbean Sea (green oval) is associated with a tropical wave. This disturbance is expected to move west-northwestward at about 15 mph across the western Caribbean and Bay of Campeche through the middle of the week, where environmental conditions will be favorable for development.

A Look Ahead
A stalled front from the Southern Plains into the Northeast will be the focus for the development of showers and thunderstorms on Monday, but no severe activity is anticipated. By Tuesday, this activity will extend from the Carolinas into Texas.