While Florence may have moved away, the water is still rising across North Carolina. Towns are cut off by floodwaters, and people continue to be rescued from their homes. While the rain may be over, the damage will continue to mount. 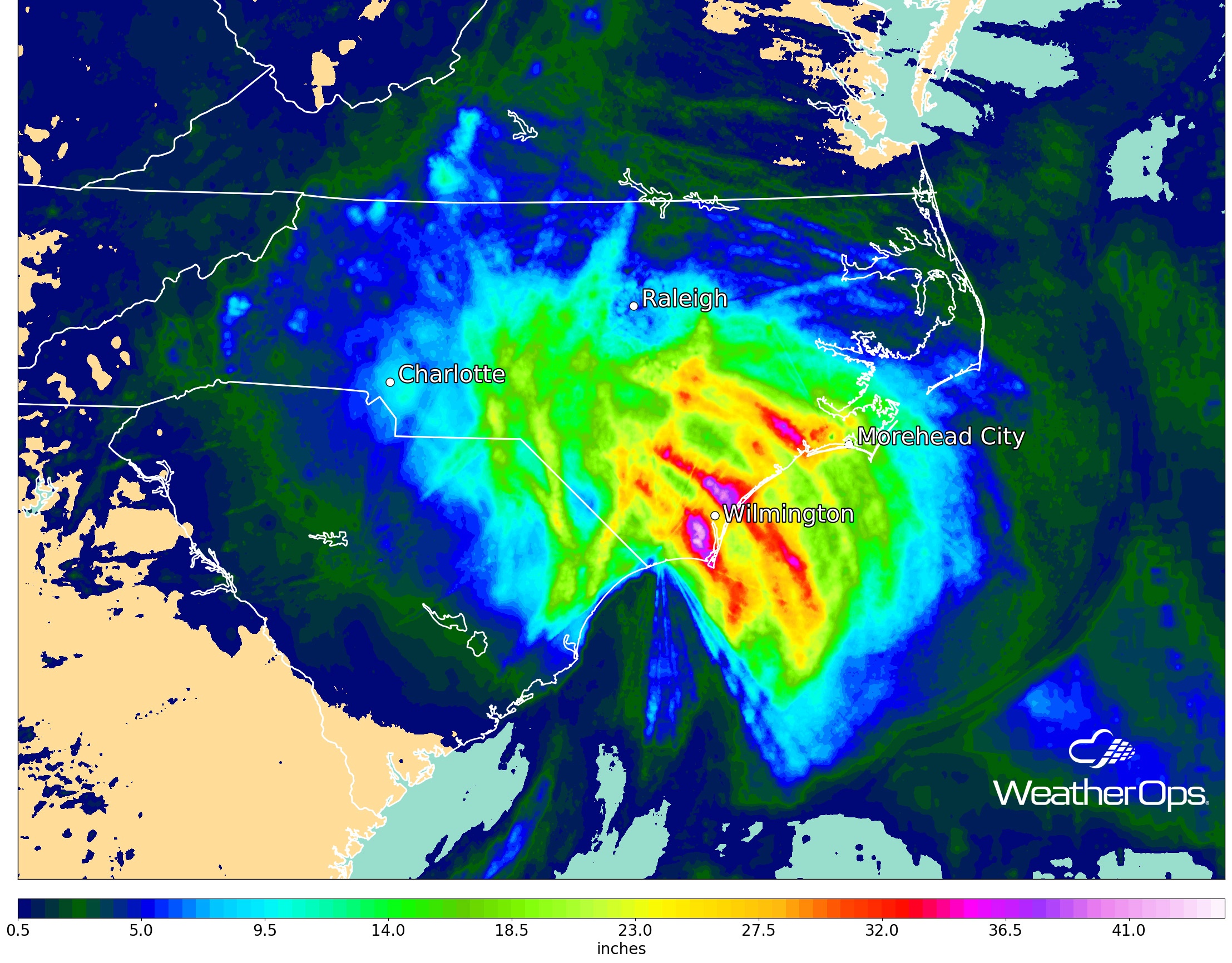 Many locations in North Carolina have recorded over 25 inches of rainfall. Not only did the storm surge cause significant problems, but as the rivers rise, the destruction will continue. Some rivers are projected to reach record crests and remain at those levels for multiple days. Here are some images of what water can do.

At 8:45am, the NE Cape Fear River at Burgaw rose to 22.54 ft which broke the record from Hurricane Floyd of 22.48 ft set in 1999! The river will continue to rise in the coming days (currently at 22.83 ft). Stay safe, river flooding is still a major concern! pic.twitter.com/Y3DKxCIQEw

Along with the flood waters come other hazards, such as the piles of floating fire ants. Even worse are the numbers of people in these areas who do not have flood insurance. With so many homes and businesses under water and roads and bridges washed out, rebuilding will take a long time.

Radar-derived precipitation estimates for #Florence overlaid with #NFIP Take-Up Rate as a percentage of county housing units. Less than 1% of homes have #flood #insurance in inland counties. Florence is an economic catastrophe for the region, and it's not over yet. #NCwx pic.twitter.com/WBaZsjBLTd

It is not the winds of a hurricane that should concern people the most. Many more people die from the flood waters. If you have evacuated, it is not time to head home yet. Many major roads in North Carolina are closed. And never drive around a barrier, they are there for a reason. High waters can easily wash a car away, and even if the water appears shallow, it is not always possible to know if that road or bridge still exists beneath.