It's Time to Start Thinking About First Freeze Dates Across the US!

The date of the first fall freeze varies widely across the US, with frosts and freezes often seen by mid-September across the Rockies and northern tier of the US, but sometimes not until December along the Gulf Coast.

The map below from the Midwest Regional Climate Center shows the median date for the first freeze across the US. Across the Dakotas, Minnesota, northern Wisconsin and northern New England, the first freeze of the season is typically seen during the second half of September. Areas from Kansas to the Ohio Valley usually see the first freeze occur during mid-to-late October, while the first freeze doesn’t often happen across most of Texas and the Gulf Coast until November or even December in some years. Also notice that while much of the Appalachians frequently see a freeze during October, the immediate East Coast as far north as New York City doesn’t see a freeze until November, on average. That is the result of both the warming influence of the Atlantic Ocean as well as the urban heat islands of the major coastal cities. 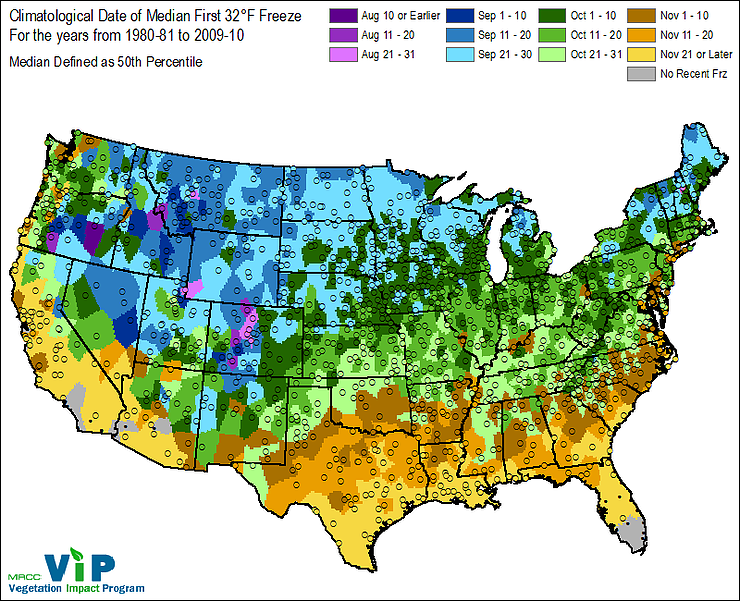 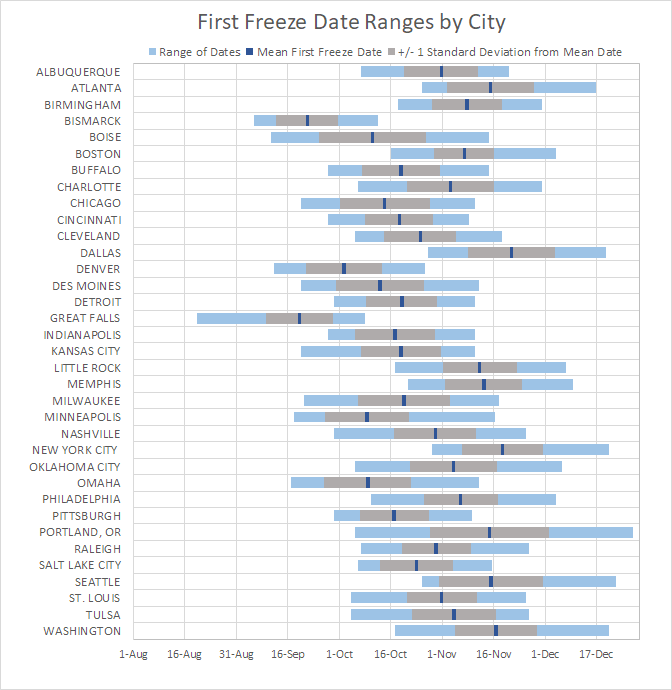 While the date of the first fall freeze will vary significantly from year-to-year, if you live in Bismarck, Denver, or Great Falls you can be assured that you will see a freeze before folks in Dallas or New York City do.