Irma Is a Storm for the Record Books

Hurricane Irma may be gone, but it will certainly be a storm for the record books. Not only was it one of the most powerful hurricanes seen in the Atlantic since the advent of the satellite era, but Irma was notable for how long it was able to maintain its very high intensity.

In a recent post, we touched on the metric of ACE or Accumulated Cyclone Energy. To recap: ACE takes into account not only the strength of a tropical storm or hurricane but also how long it lasts. Short-lived or weak storms produce very little ACE, while powerful or long-lasting storms can accumulate large values. 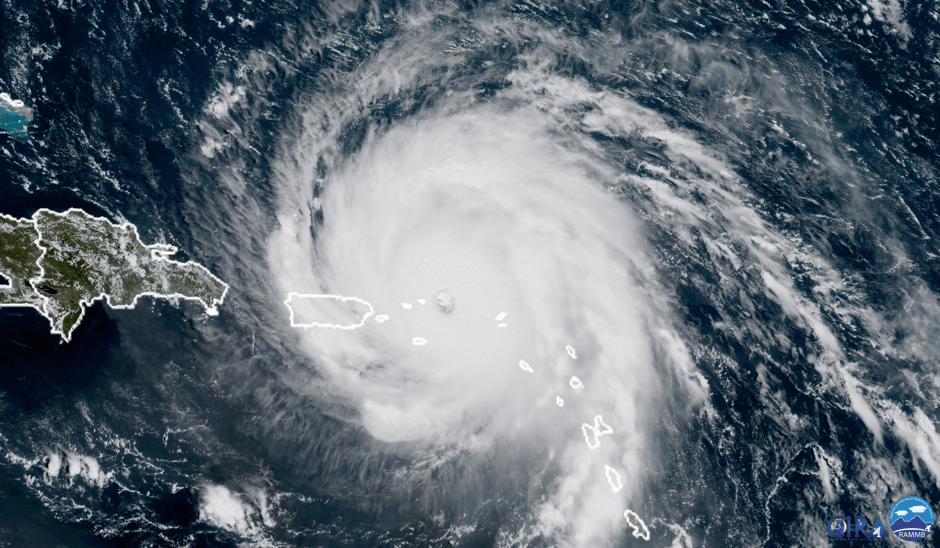 Hurricane Irma wasn’t the most long-lived storm ever, but it spent over three full days as a Category 5 hurricane last week, which enabled it to quickly rack up a large ACE total. In total, Irma has an ACE value of 66.61, which is one of the highest values from a single storm in the Atlantic in the modern era. Since 1950, Irma’s ACE total is second only to that of Hurricane Ivan of 2004 (which finished with an ACE of 70.4). Irma ranks ahead of other notable storms such as Hurricane Hugo from 1989, Hurricane Allen from 1980, last year’s Hurricane Matthew, Hurricane Donna from 1960, and Hurricane Isabel from 2003.

The amount of ACE produced by Irma alone even ranks ahead of the total ACE accumulated in several entire seasons in the Atlantic. Since 1950, there have been 20 hurricane seasons in the Atlantic that had less ACE from all the storms in the whole year than what Irma accumulated by itself. Some recent seasons that had less ACE than just Irma include 2015 (which finished with 11 named storms, four hurricanes, and two major hurricanes) and 2013 (which had 14 named storms, two hurricanes, and no major hurricanes).