The Central Pacific Hurricane Center has issued hurricane warnings for Hawaii County and Maui County. Watches are now in effect for Oahu and Kauai. Hurricane Lane remains a major hurricane with max winds at 155 mph.

Lane has begun to weaken gradually, but is still expected to bring tropical storm-force to potentially near hurricane-force conditions to the Hawaiian Islands starting late tonight or early Thursday for the Big Island, and then arriving during the day on Thursday for the remainder of the Islands. Heavy to torrential rains are forecast with Lane, with amounts over 20 inches expected, which will result in flash flooding and perhaps mudslides within the terrain. Elevated seas and surf are also likely due to the large swells generated by Lane, which will begin to impact the Big Islands west, south, and east facing shores this evening.

For those in Hawaii, you need to make any final preparations for the storm today. If on vacation, stay within your hotel and away from windows. Anyone with flight plans to the island chain should check with the airlines for the potential of canceled flights.

Just landed safely in #Hawaii. Video of the the eye of Category 5 #HurricaneLane just before sunset. It’s a strong and dangerous storm- make sure to listen to your community’s emergency managers and stay prepared and safe. pic.twitter.com/xZjK9E0min

Hawaii isn't the only location in the Pacific preparing for a tropical cyclone. Typhoon Soulik will soon impact South Korea, and Typhoon Cimaron will hit Japan.

You can watch as Soulik approaches South Korean by using the RadarScope. Below you can see the outer bands of the typhoon beginning to come onshore.

WeatherOps continues to forecast for all tropical systems. Those with interests in or near the Hawaiian Islands should continue to pay attention to forecasts over the next few days. 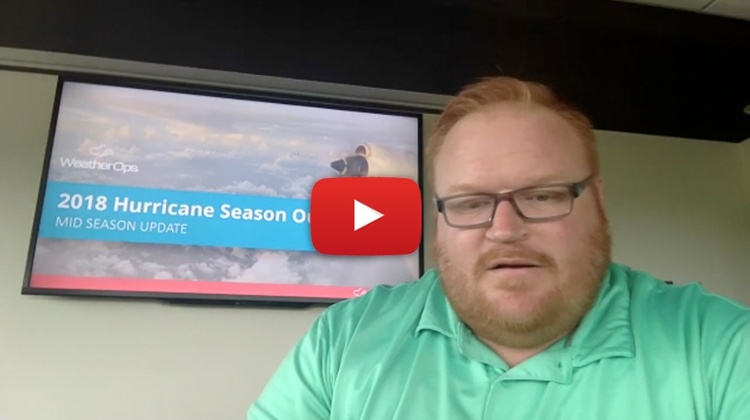 If you are interested in what the rest of the hurricane season will be like, take a listen to our recent webinar. The Atlantic may be quiet now, but that could soon change.