Weather radar data is useful to both the professional meteorologist and the interested nonprofessional for—among other things— tracking dangerous thunderstorms (containing, for example, deadly lightning, damaging hail, and tornadoes), locating significant wind shifts and surface boundaries (e.g., drylines and fronts), and even tracking bats flying out of their caves and from under bridges looking for their next meal. The topic of this blog is to discuss how weather radar can be used to estimate precipitation accumulations. Along the way, we will mention some problems with these estimates and describe how the impact of those problems can be mitigated.

A weather radar sends out pulses of electromagnetic radiation into the atmosphere. If the energy encounters a foreign object such as raindrops, hail, insects, bats, etc., a small portion of that energy is reflected to the radar and is detected by a receiver. In general, the higher the number of foreign objects in the air, the higher the amount of energy that will make its way back to the radar receiver. For example, heavy rainfall will reflect more energy to the radar receiver than light rainfall. So, the amount of energy received by the radar receiver (i.e., the reflectivity) can be used as a proxy for the rainfall intensity (i.e., the rainfall rate). It turns out that there are empirical relationships that meteorologists use to relate the reflectivity to the rainfall rate. For example, relationships of the form Z = bRc can be used to estimate the rainfall rate (R) given the reflectivity (Z). Here, b and c are empirical constants for this Z-R relationship. Different combinations of b and c are used depending on the environment. For example, accurate rainfall rate estimates from a moist, tropical environment might require a different pair of constants than estimates from a dry, continental environment. If the rainfall rates (from the Z-R relationship) are summed over a period of time, then we may obtain estimates of accumulated precipitation at each point in the radar domain.

Although the radar-derived accumulated precipitation values generally provide a pretty good ballpark estimate of the actual accumulated precipitation, the estimates are not perfect. There are several reasons for this. First, no Z-R relationship perfectly describes the relationship between reflectivity and rainfall rate—it’s an empirical relationship with empirical constants. Second, attenuation of the radar energy from intervening storms may distort the precipitation estimates from distant storms. Third, different shapes and sizes of hydrometeors reflect energy differently. For example, hail within a storm can cause an overestimation of the rainfall rates (and, therefore, an overestimation of the precipitation accumulation). Fourth, the presence of non-hydrometeors (e.g., dust, insects, birds) can provide false, non-zero estimates of rainfall. Although not all-inclusive, these are a few of the reasons for errors in the radar-derived estimates of precipitation accumulation. 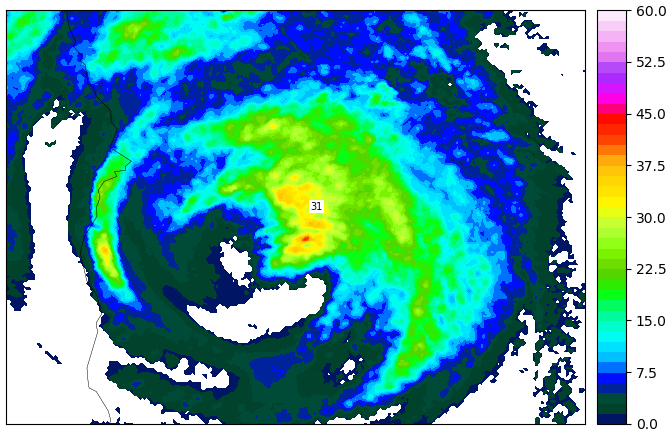 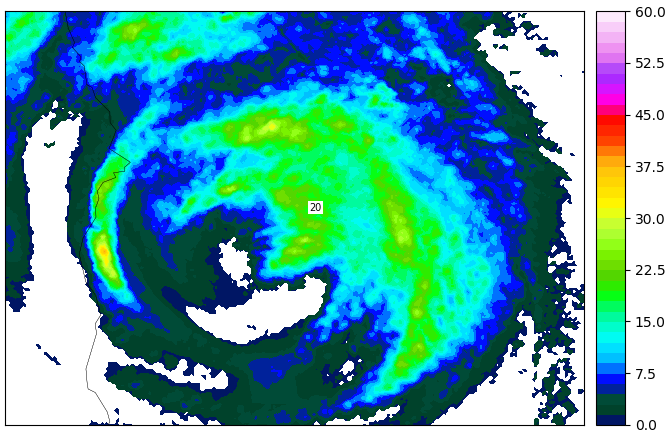 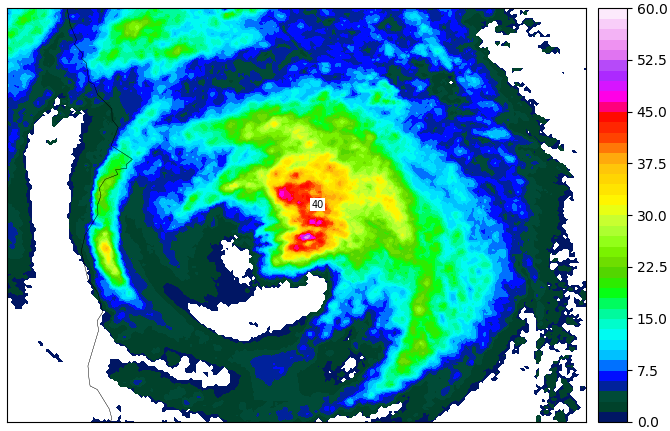 The simple examples above illustrate the gauge-correction technique using a single, hypothetical gauge observation. In reality, WDT has access to 20,000+ real-time, quality-controlled gauge observations across the contiguous United States and adjacent parts of Canada and Mexico from our partner MetStat, Inc. Other gauge networks could be used to gauge-correct precipitation accumulations across different parts of the globe.