From Fire to Flood - California Can't Catch a Break

It's been a rough month for many in California. First, they dealt with massive wildfires in both northern and southern parts of the state. Then, the rain came. While the precipitation helped put out fires, it has also led to debris flows caused by the burn scars.

On Thursday, November 29, a Flash Flood Warning was issued for Paradise, California. This area is where the Camp Fire occurred. Over 153,000 acres burned due to this wildfire. With no vegetation or top cover left, rain washes the soil away. 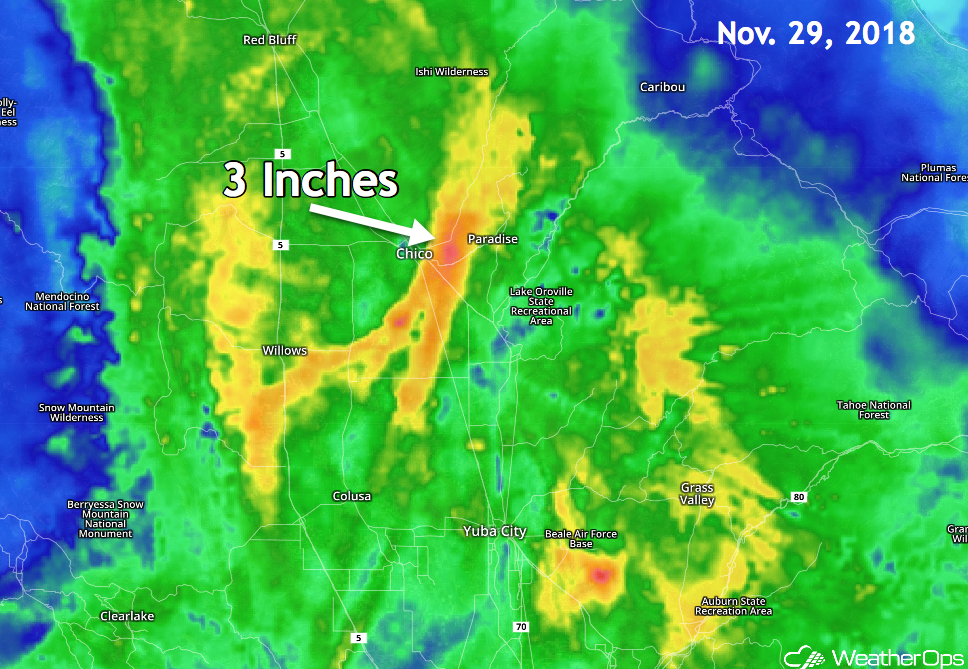 Looking at the 24-hour rainfall product in WeatherOps Commander, we can see that around 3 inches of rain fell. Those living in tents after their homes burned were forced to evacuate yet again. 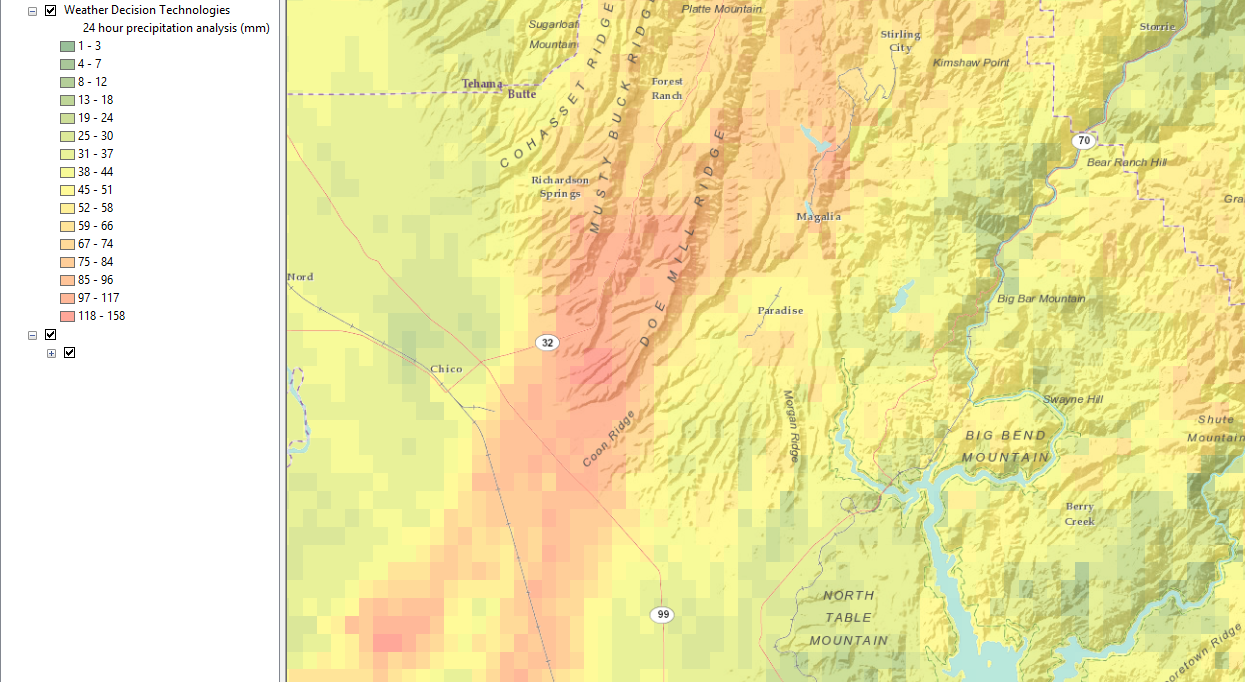 You can also view this data with our WeatherOps GIS products and overlay your interests as well. Here the terrain is more visible with some of the heavier rain shown as falling in this area, which is one factor that led to the flash flooding.

Heavy rain in and near the #CampFire burn scar area has resulted in several flooded roads including HWY 99, south of Chico and Honey Run road. #cawx https://t.co/JOTsBGxeWQ

Butte County wasn't the only location that experienced issues with Thursday's rain. Los Angeles and Ventura counties also dealt with heavy rainfall over the burn scar from the Woolsey Fire. Homes that burned were then engulfed in mud, and numerous people had to be rescued from homes and vehicles. 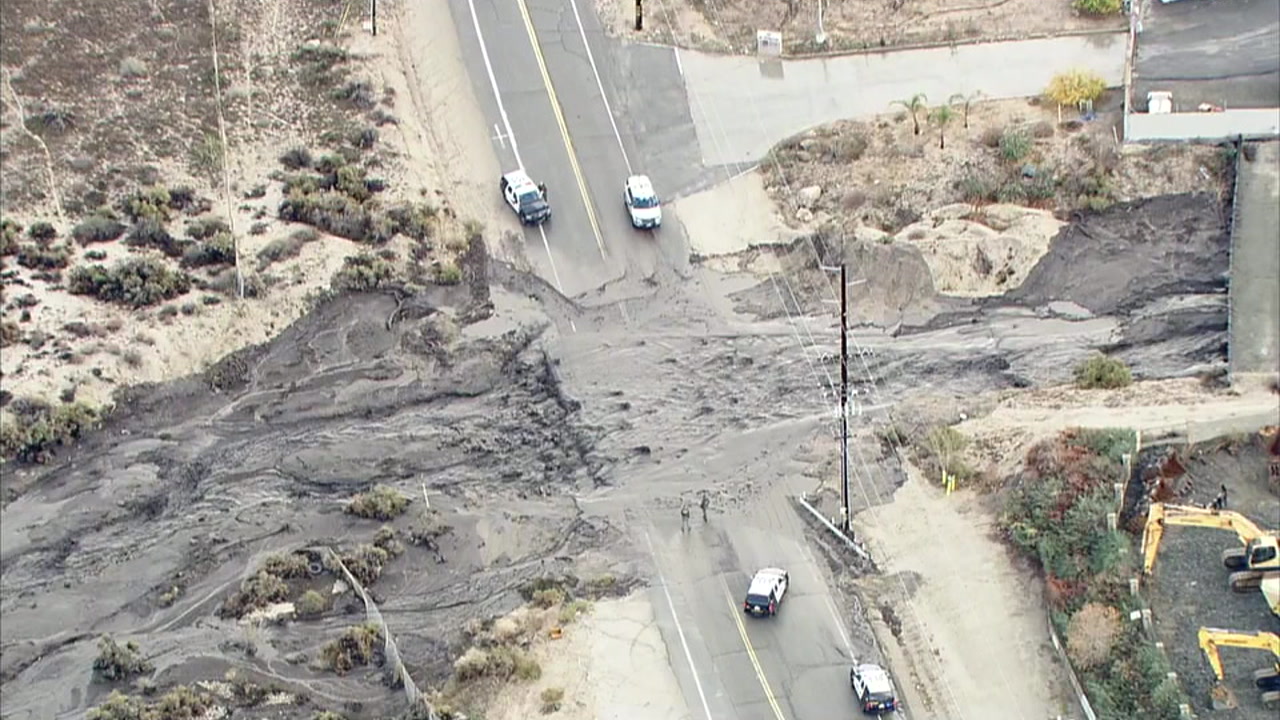 The recent National Climate Assessment states that extreme weather will get more prevalent over the coming years. Unfortunately, these types of events may only be getting started in California.