Over the past few decades, solar panels have advanced to capture as much of the power of the sun as possible. Among other things, these solar panels can convert solar radiation into electricity to power homes and businesses. A large-scale application of solar panels at a site (solar farms) can generate enough electricity to power hundreds or even thousands of homes and businesses. Another essential function of solar radiation is to help plants and crops grow via photosynthesis.

Alas, for industries that need high temporal resolution (e.g., hourly) forecasts of solar radiation, model output encompassing 3-, 6-, or 12-hour periods may not suffice. For this reason, WeatherOps has developed a system to intelligently disaggregate the 3-, 6-, and 12-hourly global model forecast data into hourly intervals based on our knowledge of the daily solar cycle at any point of interest. 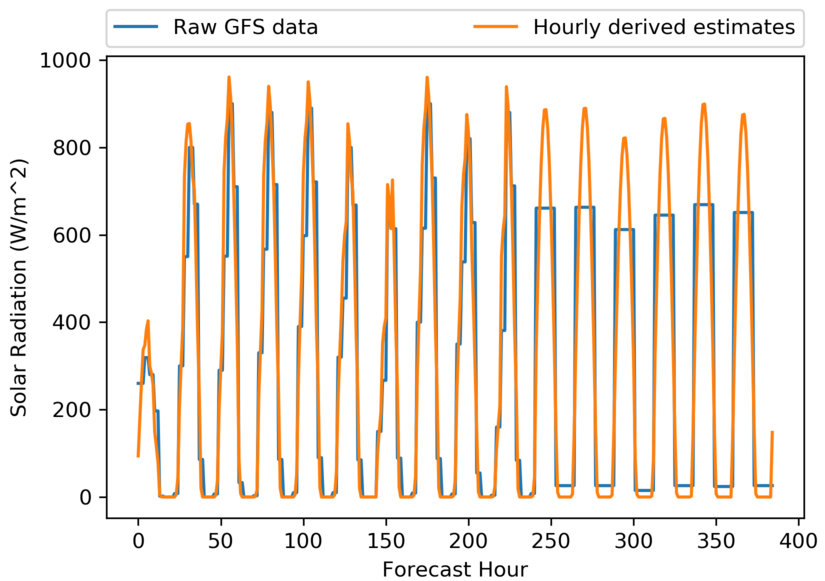 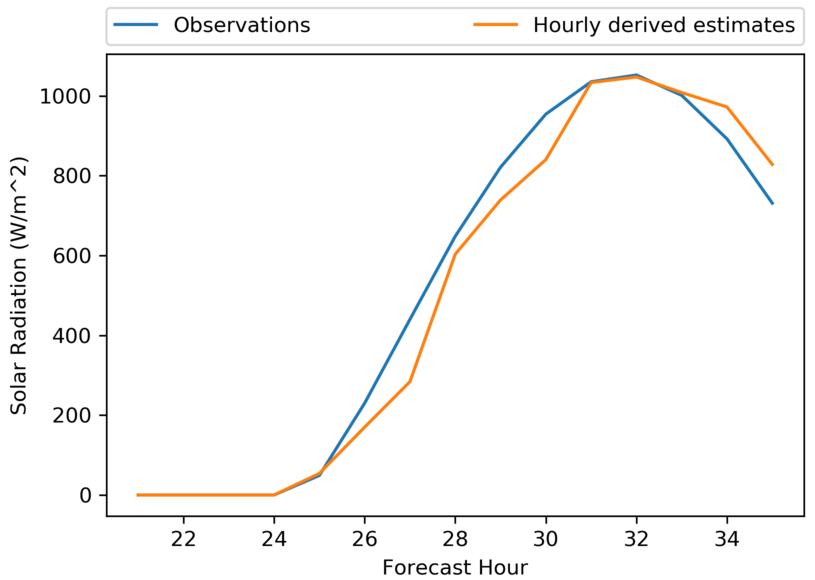 The second figure shows the time series of observations of downwelling solar radiation at the surface at Desert Rock, NV during a 15-hour period in June 2018 (blue curve) and the associated WeatherOps-derived hourly solar radiation estimates computed from GFS forecast data (orange curve).

In summary, by intelligently disaggregating raw model forecast data, a significant improvement in solar radiation forecasts is available to industries that require accurate, hourly estimates for their assets.