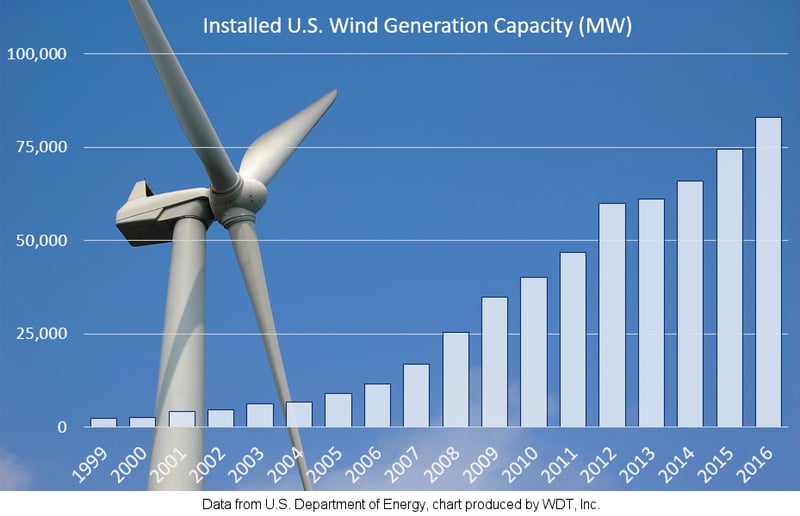 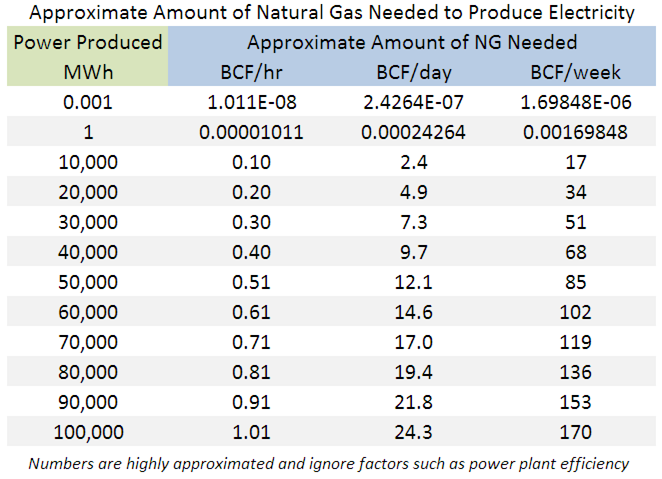 So, when wind generation is lower than average, more electricity will need to be generated from other fuel sources. The end result is that during a week with unusually high levels of wind generation there will be less natural gas utilized to generate electricity, resulting in larger storage injections during summer or smaller withdrawals during winter. Likewise, when the wind is light and generation from wind facilities is lower than average, more natural gas will likely be used to generate electricity resulting in a smaller storage injection or a larger withdrawal. The graph below shows the maximum potential weekly contribution to the natural gas storage numbers during 2016 as measured by differences in wind generation from the 2016 annual average. Again, since only about one third of U.S. electricity is generated by natural gas the actual weekly contributions to natural gas demand may be less than shown. However, even if the numbers in the chart are reduced to one-third of the values shown, large week-to-week variations in wind generation output can still influence the weekly natural gas storage numbers by several BCF. 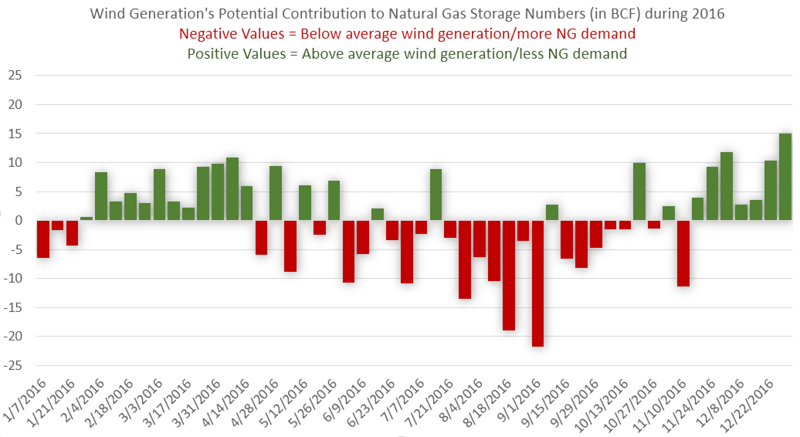 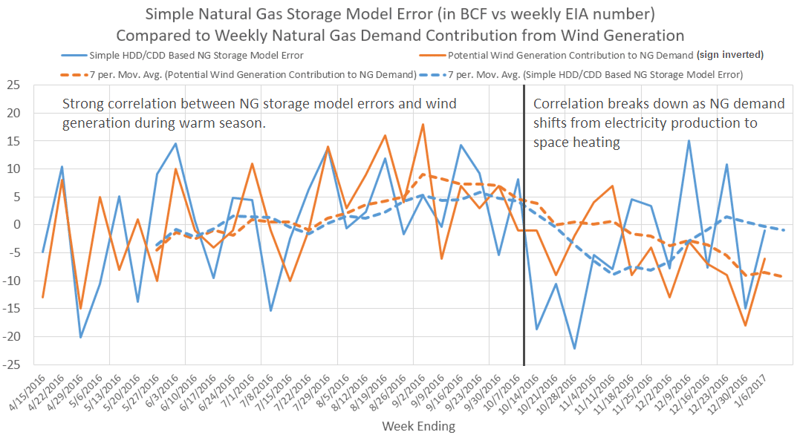 At WDT, we produce wind generation forecasts for nearly every wind farm in the country, and aggregate that data to state, national, and ISO level. We also now produce data files and graphics with the estimated natural gas offset and potential contribution to the weekly storage number. Sign up for a free trial and see if our wind generation data can help improve your natural gas storage modeling.