Does the Active Hurricane Season Mean a Warm Winter is Ahead?

Since there are still a few more weeks to go before the season quiets down for the year, we will likely end up near the average regarding storm numbers this year, and likely above the average for hurricanes. More notable is that we have seen some long-lived major hurricanes this year, which has pushed the seasonal ACE index to well above normal levels. The ACE, or Accumulated Cyclone Energy index, essentially combines the number, duration, and intensity of storms into a single index. As of early October, the ACE index for the Atlantic basin in 2017 was 202, good for 6th place all-time. Of the 202 ACE units, 153 of them were the result of just three storms: Irma, Maria, and Jose. If you take out those three storms, the ACE for this year would be running 2nd lowest on record. However, it is not unusual for the ACE index to be dominated each year by a couple of major storms. Note that the highest ever ACE index for a year was 250 in 2005, though it took 28 storms to reach that total in 2005. 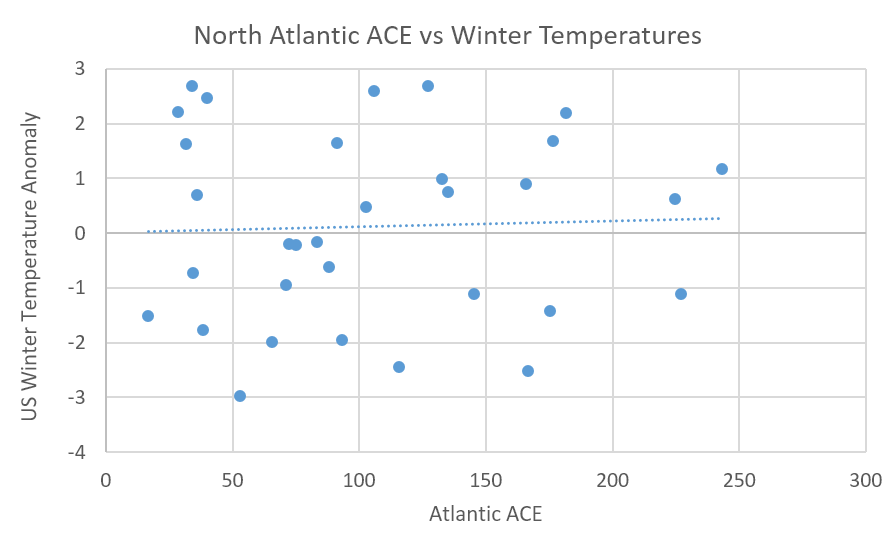 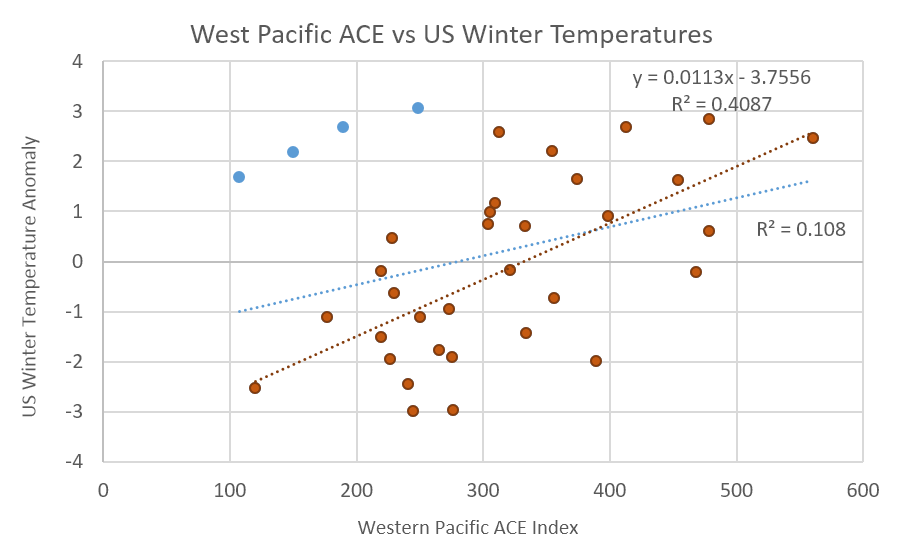 It is possible that the distribution of typhoons in the western Pacific, both spatially and regarding the time of year, is essential as well. Numerous late-season typhoons that head to higher latitudes have a much different impact on jet stream patterns than do storms that head into southeastern Asia during the summer. The bottom line is that the details may be more important than the overall yearly averages.