Do You Check the Weather Before You Go for a Run?

How many times have you seen someone jogging in the rain? I see it most often in the morning, when I'm driving to work. I know many runners have routines and aren't thinking about the weather, but they should be.

The first official 5K I participated in was almost a washout. Like most runners, on race day, I was more concerned with hydration, carb loading and waking up on time. Upon arriving at the race location, I noticed lightning in the distance. That's when I checked RadarScope and saw storms were approaching. I sought shelter in a parking garage with a fellow meteorologist runner.

It wasn't long before the race was delayed and the multi-level parking garages began to fill with people. We watched with shock as others took refuge under trees. Before long, so many people were packed together that you couldn't get cellular coverage to know what was going on. The buzz of chatter was so loud, that you couldn't hear the announcements being made. There was essentially no plan for this.

I have run this race as a 5K twice and a half marathon once. Each year, I pick up my race packet and read through it. While there is a formalized plan should heat and humidity become a factor, there continues to be no printed plan for severe weather rolling in. Unfortunately, this is all too common. 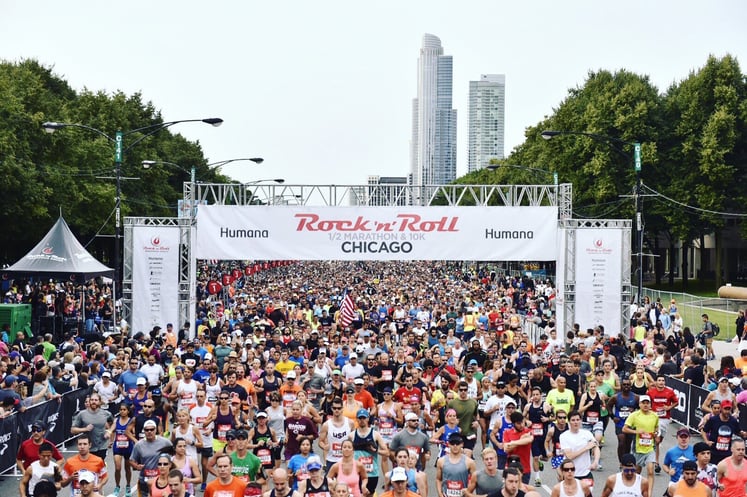 A similar event happened this past weekend in Chicago, where the Rock 'n' Roll race took place. While 18,000 people prepared to run a 10K or a half marathon, a line of thunderstorms was moving in. You can see the amount of lighting in the animation below.

If you are a race organizer, the last thing you want is to be unprepared for bad weather. Whether you are in charge of a small event or a large one, you need to protect runners, volunteers and staff. Can you imagine the PR nightmare if someone were to get struck by lightning? Weather information is available and we can provide it to you. With WeatherOps Commander, an organizer would have seen data like that shown below. They also would have received forecasts ahead of time letting them know that storms were in the forecast. Still concerned? They can call a WeatherOps Forecaster 24/7 to get more specific information. 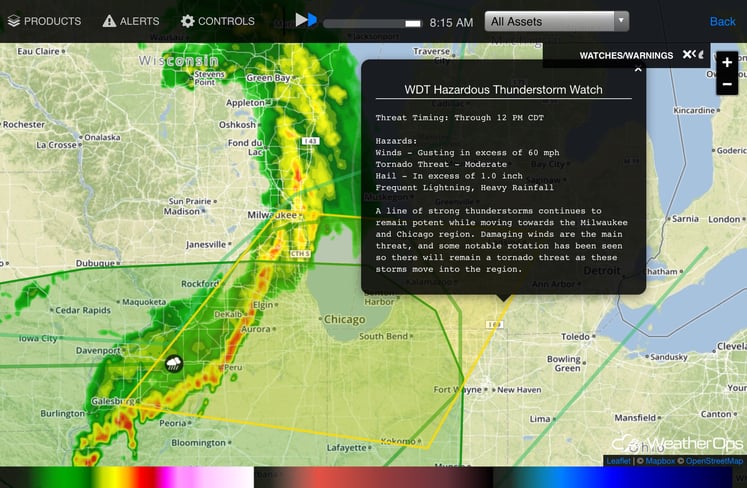 Events like this need someone who can provide a site-specific forecast and be there to answer questions. Don't leave something like safety up to an app, tweets from enthusiasts watching the weather or a phone call to someone who can hopefully help you. And if you are one of those routine morning joggers, check the forecast before you go out. After all, what's the use of doing something healthy, if it's going to be a risk to your life? Make a plan for all types of weather events, not just heat. We can help!