Death From the Skies: Easter Sunday, 1913

Let's look back at a historic weather event that happened on this day over 100 years ago. It was Easter Sunday, and as a strong storm system moved across the plains, it brought death and destruction. Although weather information wasn't as prevalent as it is today, holidays still tend to be times when most people are busy with thoughts other than severe weather. 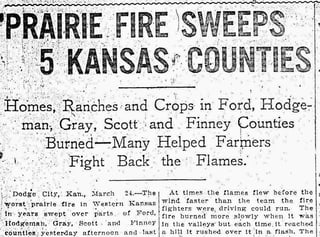 March 23, 1913 started as a typical Sunday morning. It was Easter and people were busy getting ready to go to church and preparing for their family celebrations. Later that morning, the winds began to howl. A dust storm, similar to those that would be seen in the dust bowl years, spread across the Oklahoma panhandle and a large part of Kansas. The air was so dry that it is believed static electricity within the storm started grass fires. Winds of 50 mph and stronger were measured behind a dryline, spreading the wildfires and making them hard to fight. A significant weather day had begun. 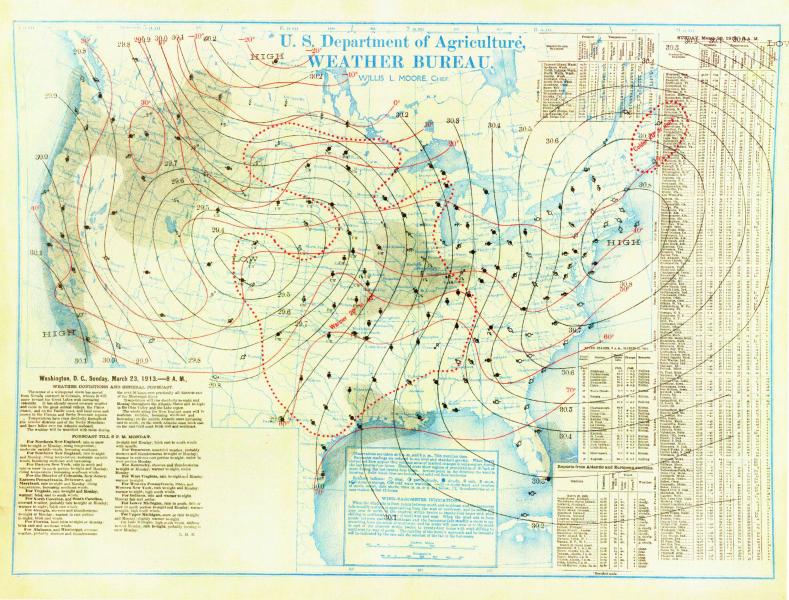 As the winds kicked up over the southern plains, a strong low-pressure system was moving into Nebraska. The forecast from the Weather Bureau stated: “The distribution of barometric pressure over the Northern Hemisphere is such as to indicate a continuance of abnormal storm activity and marked fluctuations in temperature in the United States the coming week. The storm centered Sunday on the Rocky Mountain region will move rapidly northeast, accompanied by shifting gales.” (Henry J. Cox, W 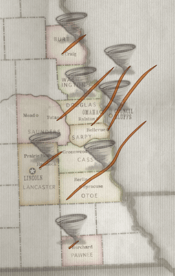 For Nebraska, "shifting gales" was an understatement. As evening approached, tornadic storms began to form. There were seven reported tornadoes over Nebraska, some of which crossed the state border into Iowa. Additional tornadoes occurred in Illinois, Missouri, Michigan, and Indiana. Damage was listed at over $10 million, more than $200 million in today's dollars.

The worst tornado occurred in Omaha where over 100 people were killed, many hundreds were injured, and over 2000 buildings were either damaged or destroyed. After the storm passed, the temperature dropped, and snow fell on the rubble. Seen below are a few pictures of the destruction. 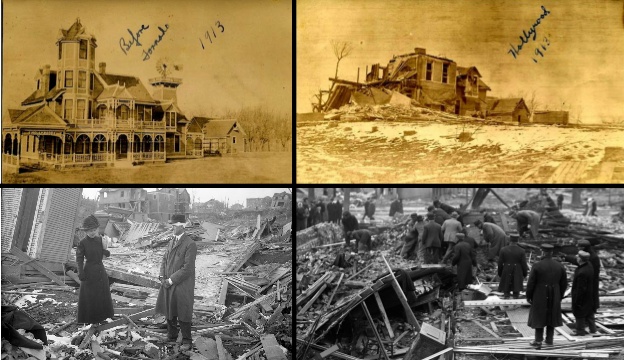 Unfortunately, this wasn't the end of the significant weather that occurred on Easter Sunday. It was also the beginning of the Great Flood of 1913. Heavy precipitation began to fall in the Midwest that night after the tornado threat had ended.  Many rivers flooded up north over the next few days, as the high water continued downriver it caused flooding in the south into May. Approximately 650 died in the flood waters. 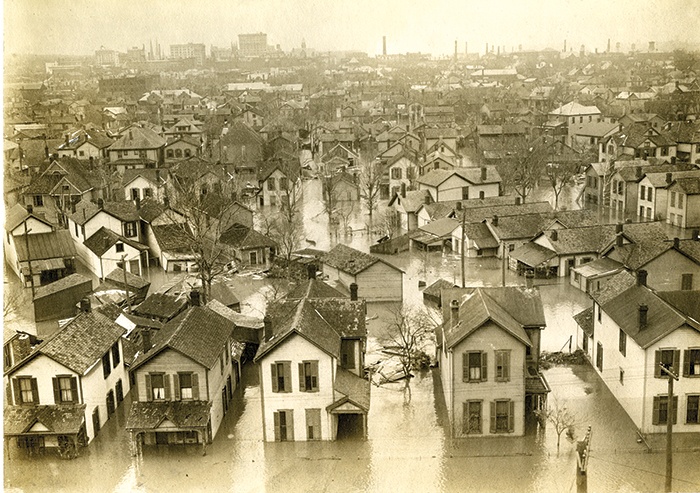 In Dayton, Ohio, seen above, the Great Miami River flooded after 8-11 inches of rain fell. Levees failed and over 20 feet of water inundated the downtown area.  Open gas lines started fires and caused an entire city block to burn. It is estimated that 123 people died here, along with many horses and other animals that could not escape.

In 2019, homes are built stronger; emergency services are more organized when it comes to fighting fires and rescuing people, more advanced floods controls exist, and it is tough to be caught unaware. Yet, disasters happen every year leading to fatalities. So, pay attention to the weather, get a weather radio and have a plan on where to go when storms strike. In 100 years, you don't want people looking back at old digital photos and writing blogs about how you were informed and still died in a significant weather event.