Chinook- a Fun Word to Say, but Do You Know What It Is?

Terrain can play an essential role in various weather conditions. Winds that blow down the leeward side of a mountain can affect temperature and snow cover, as well as health in some people.

Chinook winds occur on the leeward side of a mountain when the prevailing winds are oriented west to east. As these winds descend, the air warms due to increasing pressure (called compressional warming) and also dries out. 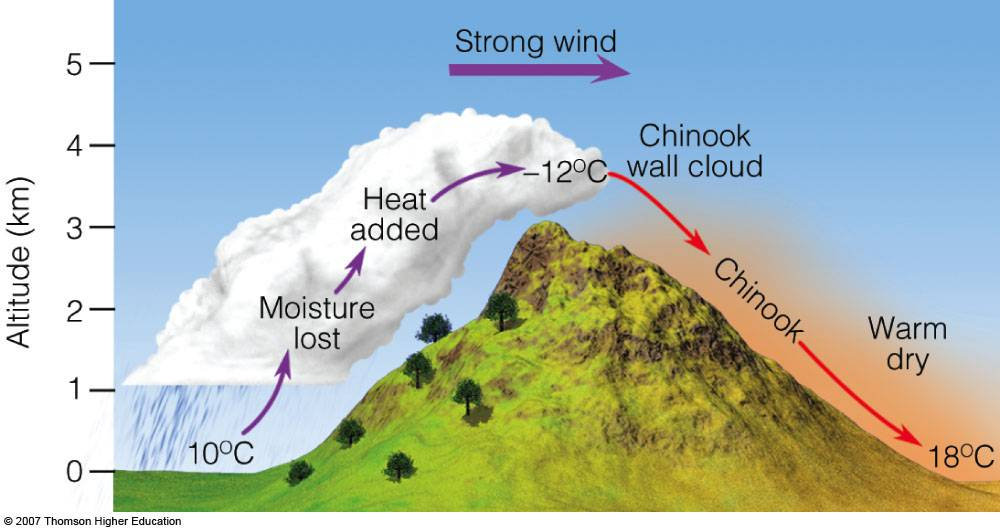 Schematic of a Chinook

As a chinook approaches, a stratus cloud formation known as a chinook arch is sometimes produced. However, these clouds do not usually produce precipitation.

The Sky in Calgary Alberta during a Chinook wind.
Creating a cloud band called a Chinook Arch also known as Snow Eater. pic.twitter.com/lvOyfHWHVz

Chinooks are known by different names in various regions. For example, in the Alps of Europe, they're called a foehn. In Argentina, it's known as a zonda. Whatever the name, they can have a wide range of effects from weather, affecting anything from aviation to agriculture.