If you've watched or read the news lately, you have probably heard about the wildfire in Alberta, Canada. Nearly 80,000 people have been forced to evacuate Fort McMurray as the fire continues to burn and it may be weeks before they can return. Recent reports say over 1600 homes and businesses have burned, but the actual total may be much higher before it is over.

The fire started on May 1, 2016 from unknown causes and continues to burn 5 days later. With no rain in sight, firefighters are doing everything they can to keep the wildfire away from Fort McMurray. Looking at the two satellite images below, you can see how much the fire spread in just 24 hours. 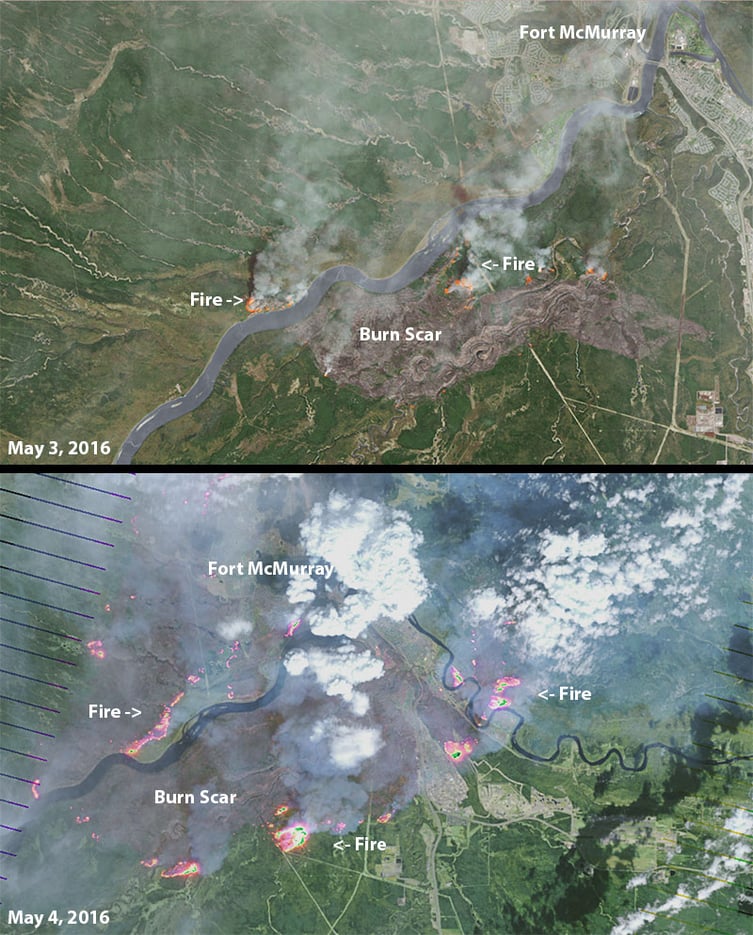 The fire is approaching an area of tinder dry conditions. Currently, over 1,100 firefighters, 145 helicopters and 22 tanker planes are at work. Gusty winds are not helping the situation. With little or no rain in the forecast, the fire may burn out of control for several more days. If you haven't already seen this, take a look at the dash video of this driver as people calmly evacuated on Wednesday while the fire burned next to them.

The fire is so intense that is it forming pyrocumulus. You can see that the smoke image below actually resembles a thunderstorm (the red dots signify fires). This is a type of cloud that forms from intense heat in the fire that causes convection. It can lead to stronger winds that causes the fire to spread more. If the cloud gets large enough, it may even produce lightning leading to additional fires. At that point, it is referred to as a pyrocumulonimbus. 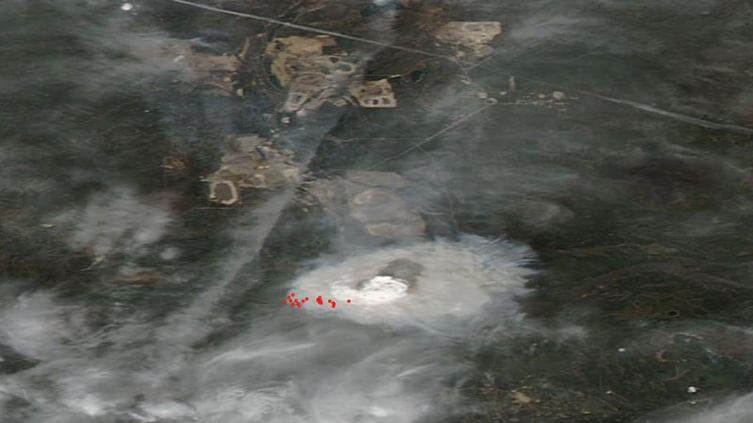 The most recent satellite image has come in from NASA and in it you can still see the fires raging. Over 328 square miles, equivalent to about 210,000 acres, have burned. Evacuations continue today as those in the oil fields north of town head south. Police are currently escorting a procession of 1,500 vehicles to safety while the only road out of town is free of intense smoke.