Anatomy of an Avalanche

As the snow season wears on, avalanches can pose hazards in mountainous areas. They can prove deadly to skiers and cause extreme damage to trees, roads, and buildings in their path. Several factors can affect their development.

An avalanche is defined as a mass of snow, ice, and rocks moving down the side of a mountain. The most common time for them to occur is between December and April. However, avalanches can pose hazards as late as June as snow continues to melt. They are comprised of the starting zone, the track, and the runout zone. Where the snow begins to break away from the primary snowpack is called the starting zone. The track is defined as the path that the snow travels as it descends. Once the snow comes to a stop, the ending location is known as the runout zone. 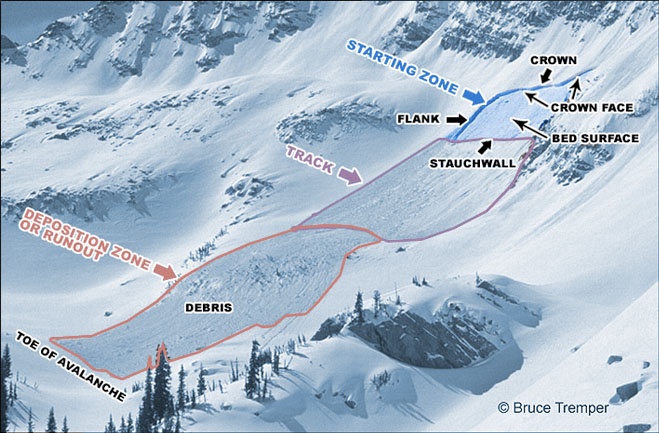 Many factors influence avalanches, including the weather. Temperature and wind are among the most critical weather-related factors. Small changes in temperature usually do not pose a risk, but a prolonged period of warmth can increase the chance that some of the snow breaks away from the main snowpack and descends. If the snow melts and refreezes, it becomes less stable over time increasing the potential for an avalanche. 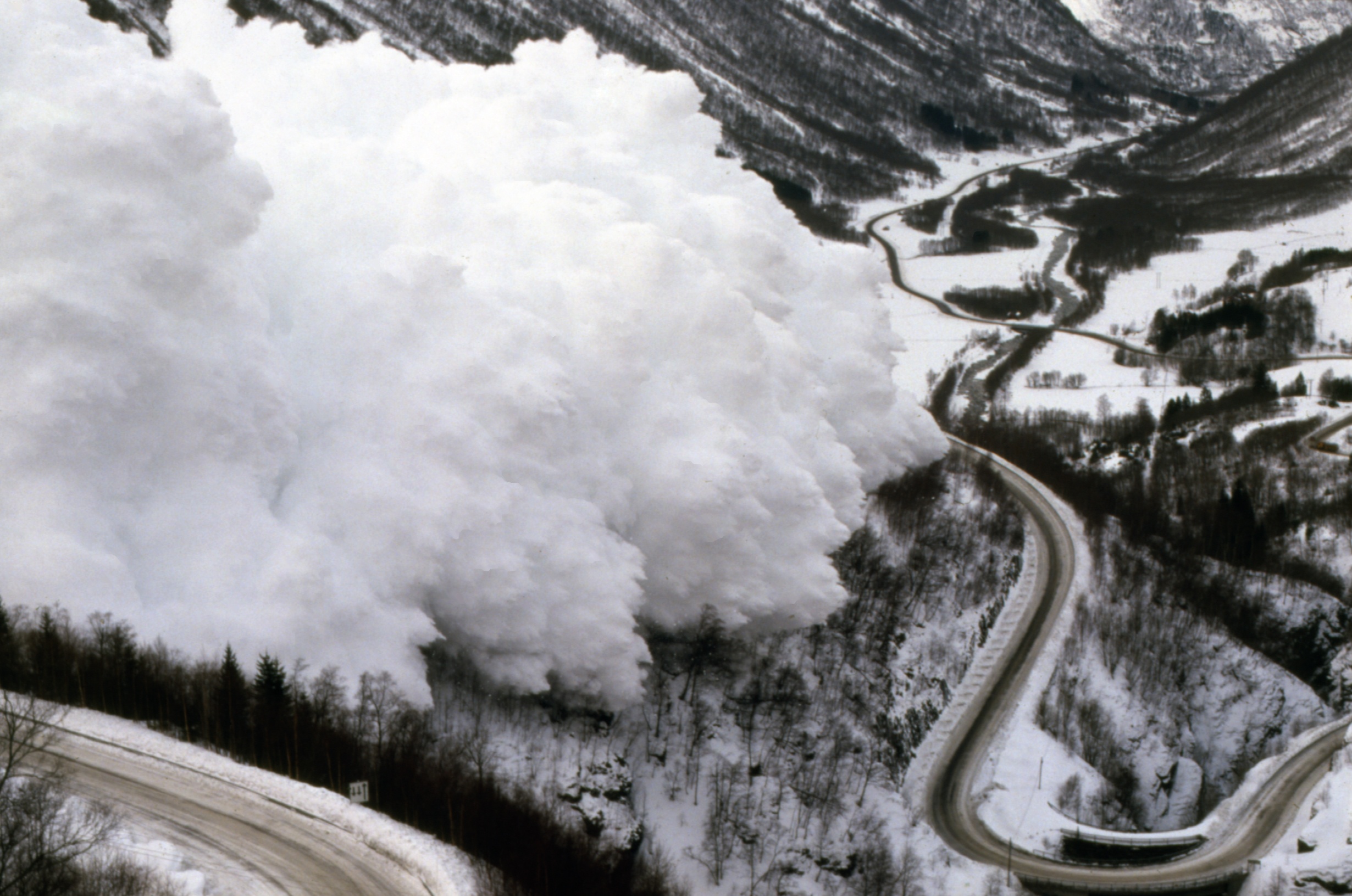 The wind direction can also contribute to the avalanche risk. As winds blow up the windward side of the mountain, the top layer of the snow is carried to the leeward side. After a recent snowfall, the next 24 hours are when the possibility of an avalanche is the greatest as a result of the additional weight added by the windblown snow. Snowfall amounts of more than a foot typically pose the highest risk.

Other factors can affect the avalanche potential, including the slope of the surface and the direction that it faces. Most avalanches occur when the slope of the mountain is between 30 and 45 degrees. They are most common on slopes facing the north, east, or northeast. 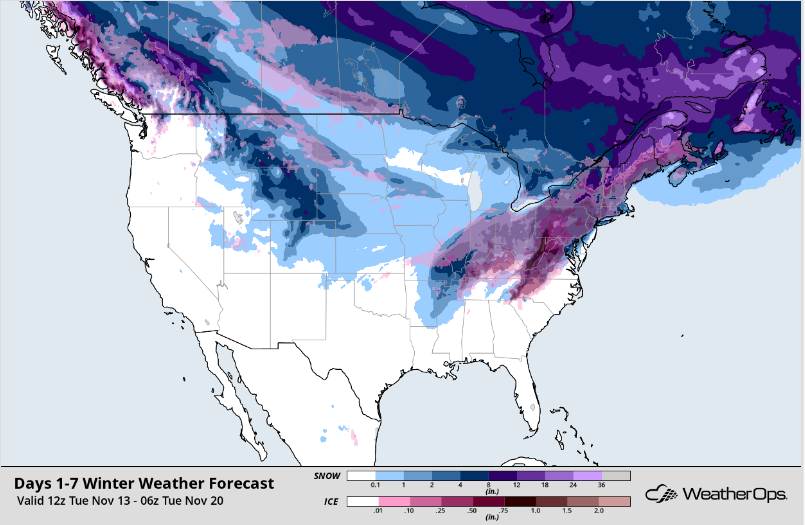 While we're currently a few weeks away from the beginning of peak avalanche season, you can utilize this information to assess the avalanche potential for your favorite ski location as you plan your trips. If you're ready to get on the slopes, take a look at our WeatherOps map of snow accumulation for the next seven days.