A Winter of Extremes

The winter of 2017-2018 is now half over, and so far has been dominated by large temperature extremes. The first three weeks of meteorological winter averaged well above normal across a large portion of the country, but extreme cold has dominated since then. The return to warmth is expected for the next two weeks, but current expectations are that colder weather will then return again during February.

Here are the temperature anomalies (in degrees F) for the first three weeks of the winter season. 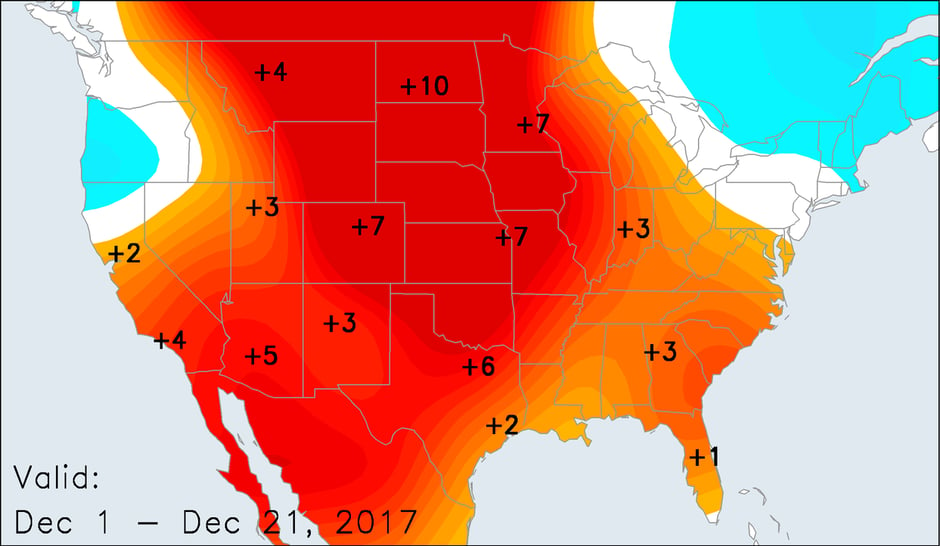 Since then, many areas have averaged well below normal: 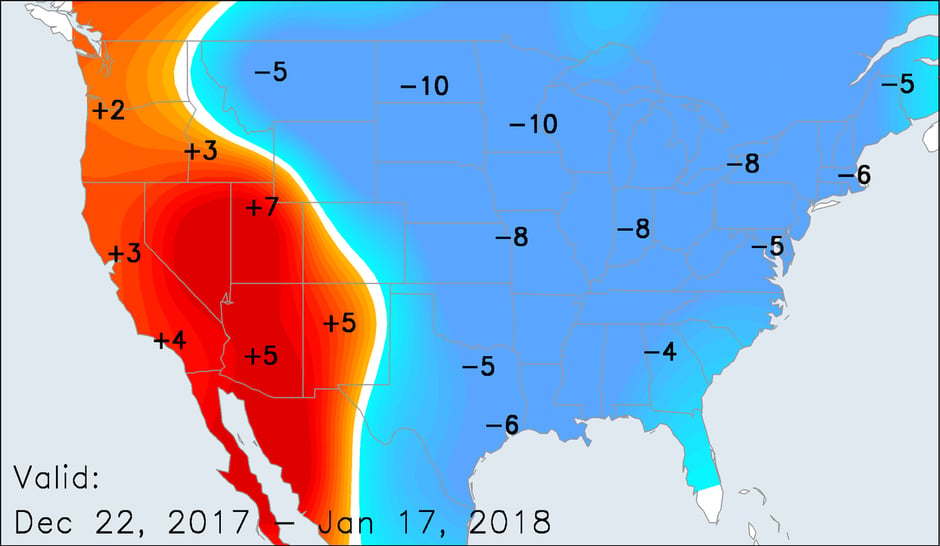 So far, the cold anomalies have outweighed the warm anomalies, resulting in a colder than normal winter-to-date average across the eastern half of the country.

Warmer weather is expected during the next couple of weeks, which will help to erase some of the cold anomalies seen thus far. We still expect cold to return during February though, and so our current projection for the December-February temperature anomaly looks like this: 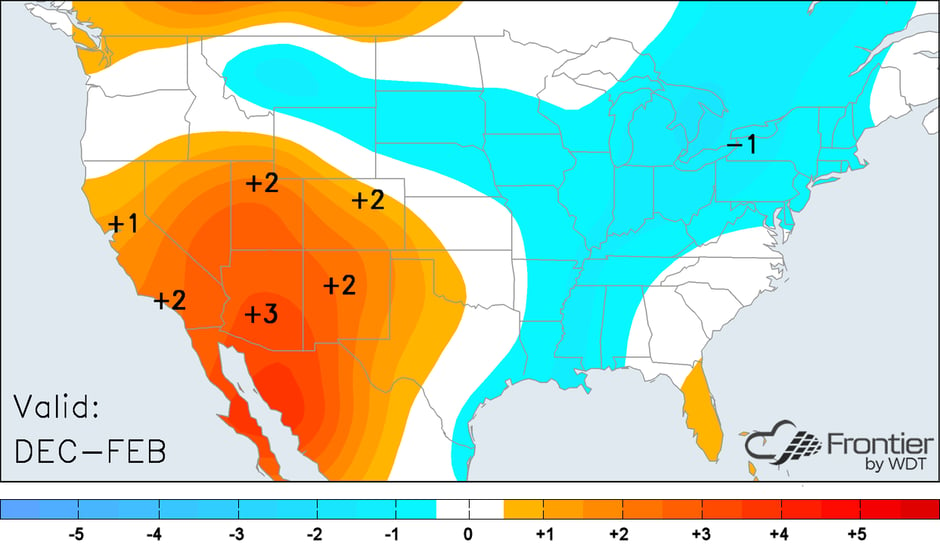 In the end, the winter may end up with fairly moderate temperature anomalies across much of the eastern half of the country, but that moderate looking outcome will certainly not be representative of the large extremes that have dominated the winter season so far.