What a difference a year makes! Last year, California ski resorts were hurting with the Sierra Nevada range seeing minimal amounts of snow. But this year? It's quite a different story.

The Sierra Nevada is really living up to its name “snowy mountain range” this year 🏔. With snow reports coming in feet & snow storms still moving in, it’s now home to the snowiest ski resort in the U.S. Our @NASAEarth satellites captured its 2019 look: https://t.co/OKycnJWwI0 pic.twitter.com/zKqPOQvCa3

Data from Mammoth Mountain show that in February of 2018 the snow total was 28 inches. This month, which is just barely past the halfway point, shows a monthly total of 190 inches. On February 5 alone, they experienced more snow than the whole month last year.

❄️❄️SNOWIEST FEBRUARY ON RECORD!❄️❄️With almost 15 feet of snow at Main Lodge (175”) and 22+ feet at the summit this month, we’ve officially passed 1987 as the snowiest Feb. Storm total since Wed: 47-81” and counting. pic.twitter.com/SBgvNwYrCV

Storms have been severe enough that ski resorts have had to close to deal with blizzard conditions, high winds and grading multiple feet of snow. While this snow may be great for skiing, roads still need to be cleared, and lifts de-iced in order to be fully operational. 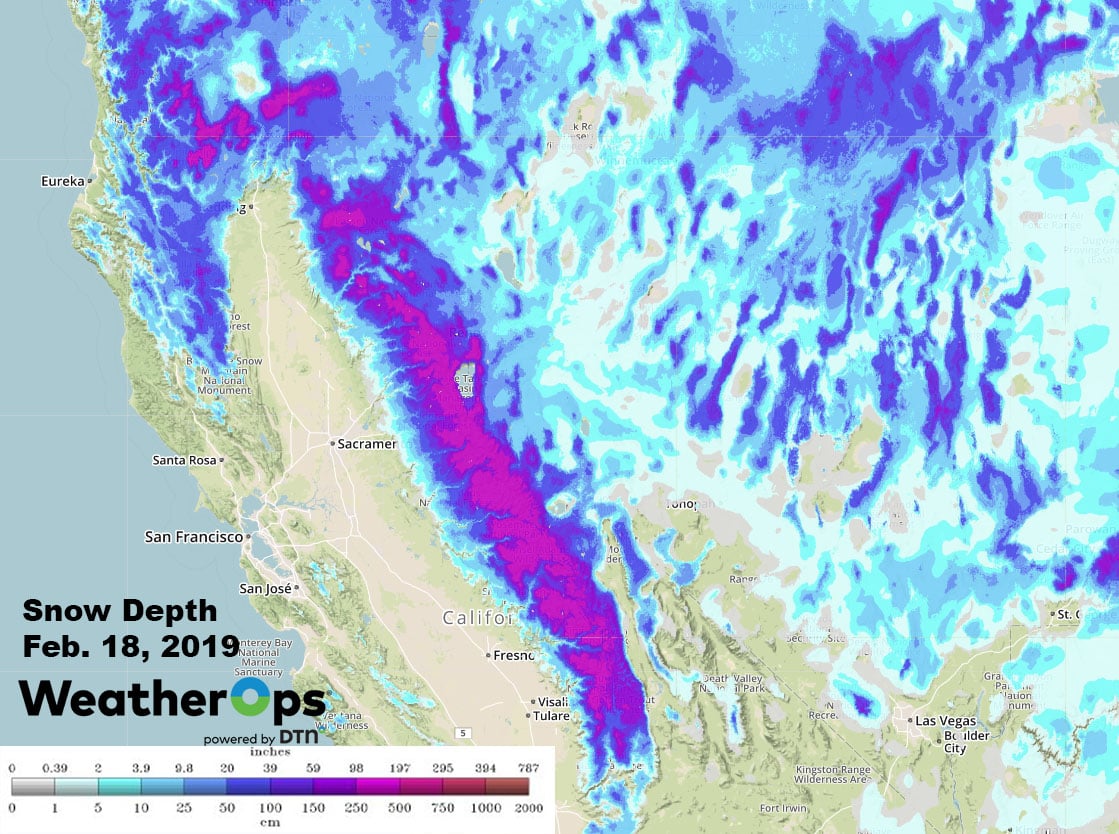 Overall though, the heavy snowfall is good news for California as only 10.6% of the state is in moderate to severe drought compared to last year when that number was 45%. And it's even better news for all those skiers out there; more snow is in the forecast. At this rate, you'll still be skiing well into the summer months!