Heavy rainfall is likely Monday across the coastal areas of Texas. 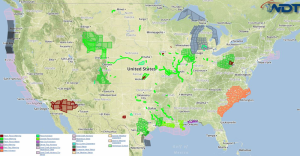 An area of low pressure in the southern Gulf of Mexico is being monitored for development. Tropical storm-force winds are already occurring over parts of the Gulf of
Mexico, so only a slight increase in organization would result in the formation of a tropical storm. This low is forecast to move northwest, approaching the Texas Coast late Monday
and moving on shore on Tuesday. Regardless of development, heavy rainfall is expected to begin late Monday and continue into Tuesday. The heaviest rainfall will occur along and to
the east of where the center makes landfall. Widespread rainfall accumulations of one to two inches are expected through Monday night, with locally higher amounts in excess of
four inches possible. In addition to this heavy rainfall threat, winds of 40-50 MPH with higher gusts will be possible along the coastline. A few tornadoes will also be possible. 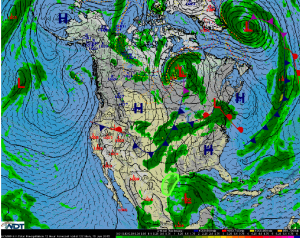