National Weather Summary for Tuesday, May 12, 2015 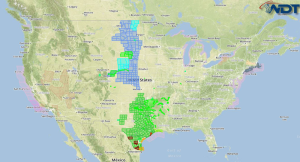 A strong upper level trough moving into the Desert Southwest will act as a forcing mechanism to bring rain and thunderstorms across south Texas. At the same time, the jet stream will bring deep moisture from the Pacific, allowing for locally heavy rainfall across south Texas. Widespread rainfall totals of 1-2 inches with isolated amounts in excess of four inches will be possible. Flash flooding in low lying areas, areas near lakes and streams, and areas with poor drainage will be possible. A few isolated strong to severe thunderstorms are possible, though widespread severe weather is not expected. 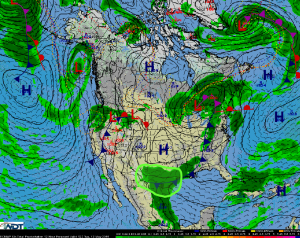