Tomorrow is Punxsutawney Phil's big day! At 7:25 am ET, he will come out of his burrow to a crowd of fans where a man in a top hat and gloves will hold him up to see if his shadow is visible. If he sees it, then that means six more weeks of winter, if not then spring will come early. Or so the saying goes.

The reason Punxsutawney Phil would see his shadow is that the sun is out and shining down on him. In the summer, this would usually mean hot temperatures and drought. However, in the winter, high pressure is associated with cold air masses, cloudless skies, and dry air. So, in this case, the "forecast" would be for six more weeks of winter.

Low pressure is associated with thunderstorms, hurricanes and nor'easters. Wintry conditions would be possible in February when clouds are out. If Phil can't see his shadow due to this, then it is thought that winter is on the way out and spring will be here soon because of the extra moisture in the atmosphere.

Now, let's look at some real weather data. The below image shows cloud cover over parts of Pennsylvania tomorrow morning. I have marked the location of Gobbler Knob, where Phil lives. It appears that there is a good chance that he will not see his shadow. 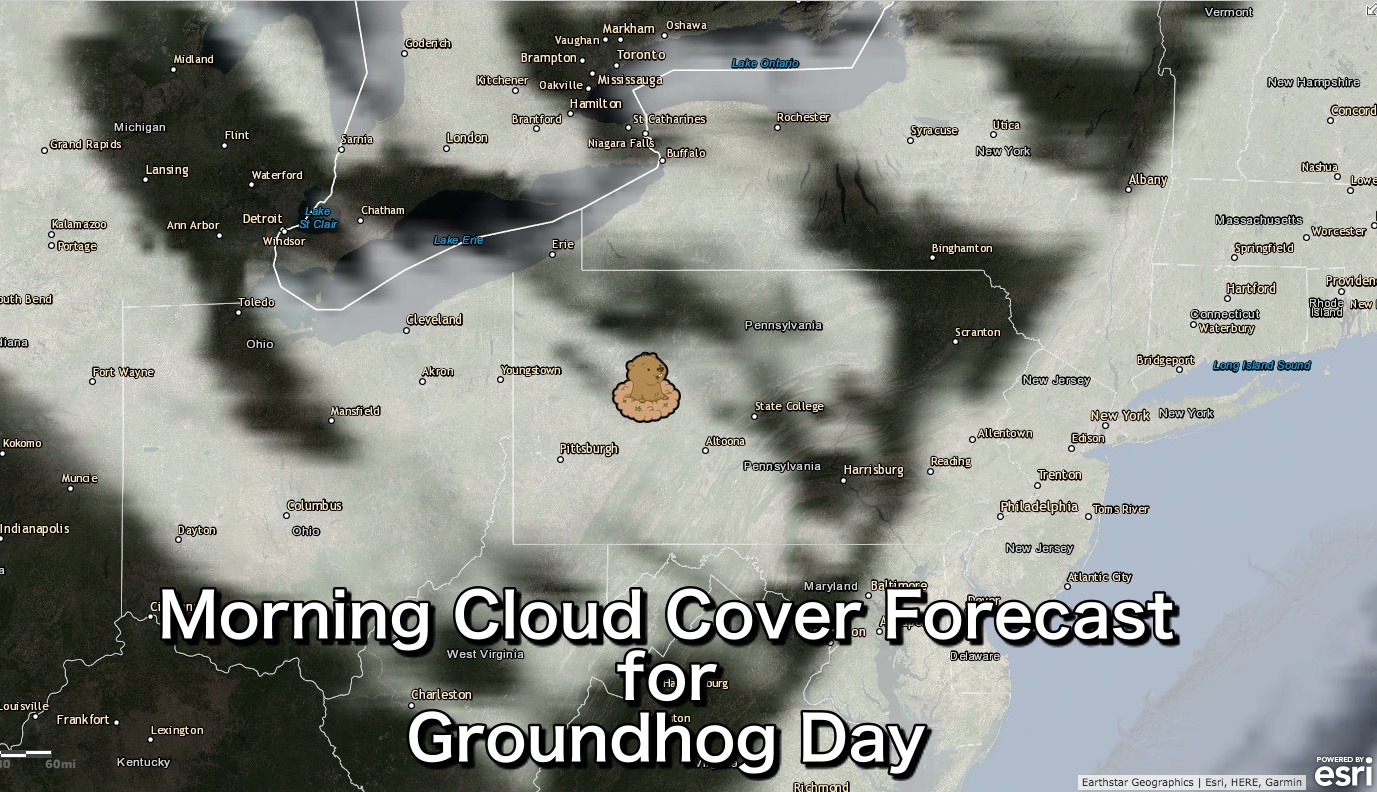 What about the temperatures? Here is the forecast for Pittsburgh for the next two weeks. They are about 80 miles away, but this should be reasonably close to what the Groundhog Day revelers should experience in the morning hours of February 2nd. So, although there are clouds in the forecast, the low temperature will be around 13°F and a dusting of snow is expected. It won't get very warm either; the forecast high will be over 10°F below average.

If we observe Frontier's long-term forecast for February through April, we do see that about half the country will warmer than average, another quarter (including Knob Hill) will be right where they are expected to be, and the final quarter of the U.S. will be colder than usual. 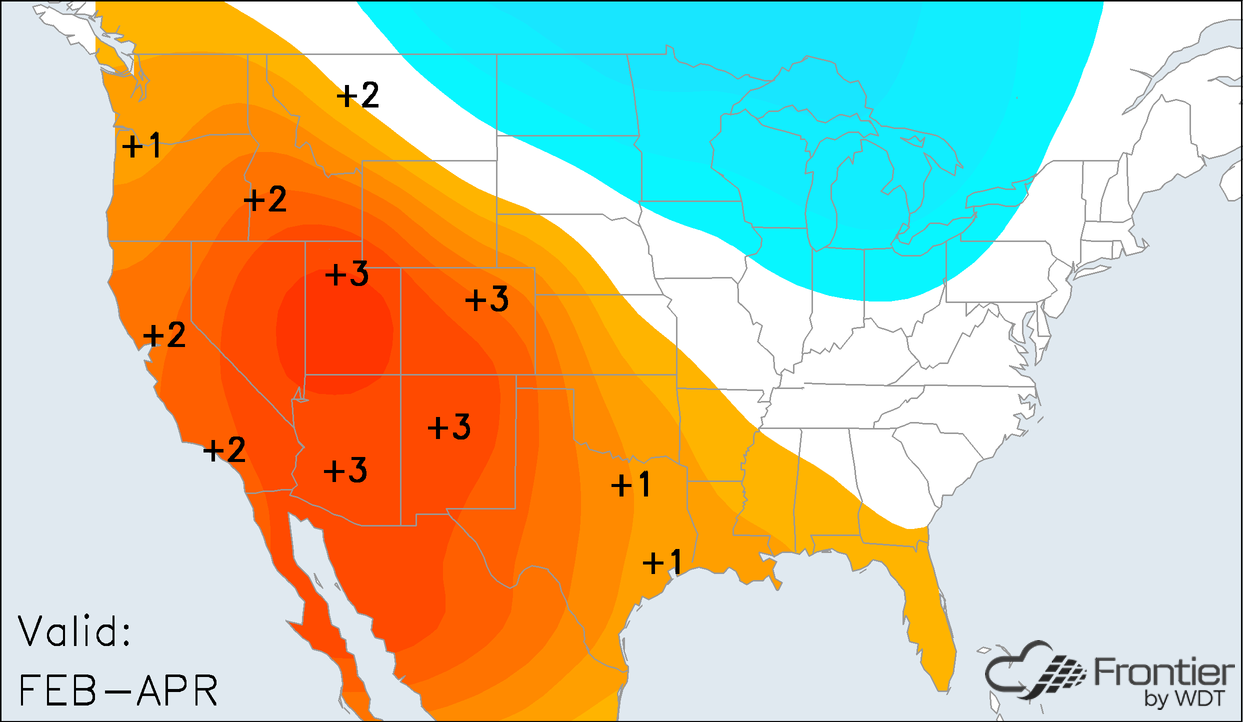 Historically, Phil's shadow prediction is about right 39% of the time. If you want more specifics about his accuracy, check out this blog with all the data graphed out. You could flip a coin and be more accurate. As any meteorologist knows, deciding on a forecast by looking at only one point of data is rather useless. We use multiple types of data from not only the country but also around the globe. Do you need a more accurate forecast than the one coming from Pennsylvania tomorrow? Contact us today. Our 15-day forecasts have historically matched or outperformed most of the primary forecast providers in the energy weather sector.