Will a Tropical System Impact Your Memorial Day Plans?

Memorial Day Weekend is just around the corner. If you're heading to the central Gulf Coast or Florida for the long holiday weekend, expect heavy rainfall and gusty winds due to a tropical system moving through the region.

The system, Invest 90L, is currently centered across the far eastern Yucatan Peninsula. Deep thunderstorm activity is occurring across the Yucatan Channel, well to the east of this center due to strong westerly wind shear. This wind shear will prevent significant development over the next 24 to 36 hours or so. After that time, the center is expected to track northward into the southern Gulf of Mexico where marginally favorable conditions will likely allow for further development throughout the weekend.

Water temperatures across the majority of the Gulf are expected to be favorable for intensification, despite overall oceanic heat content being low. There remains some question on how much wind shear will affect the system. Despite this, recent intensity guidance has shown an increased chance of a tropical storm by Sunday and into Monday.

Confidence in the track past Memorial Day is rather low, as some model guidance has shown a significant decrease in the forward speed or a stall. Should this occur, a more prolonged period of strong winds and heavy rainfall will be possible. Tornadoes will be possible, especially to the east of the center. Current forecasts suggest the potential for rainfall amounts of over 10 inches in some areas. Here is a look at the system's forecast track from this morning and forecast rainfall amounts from the ECMWF model. 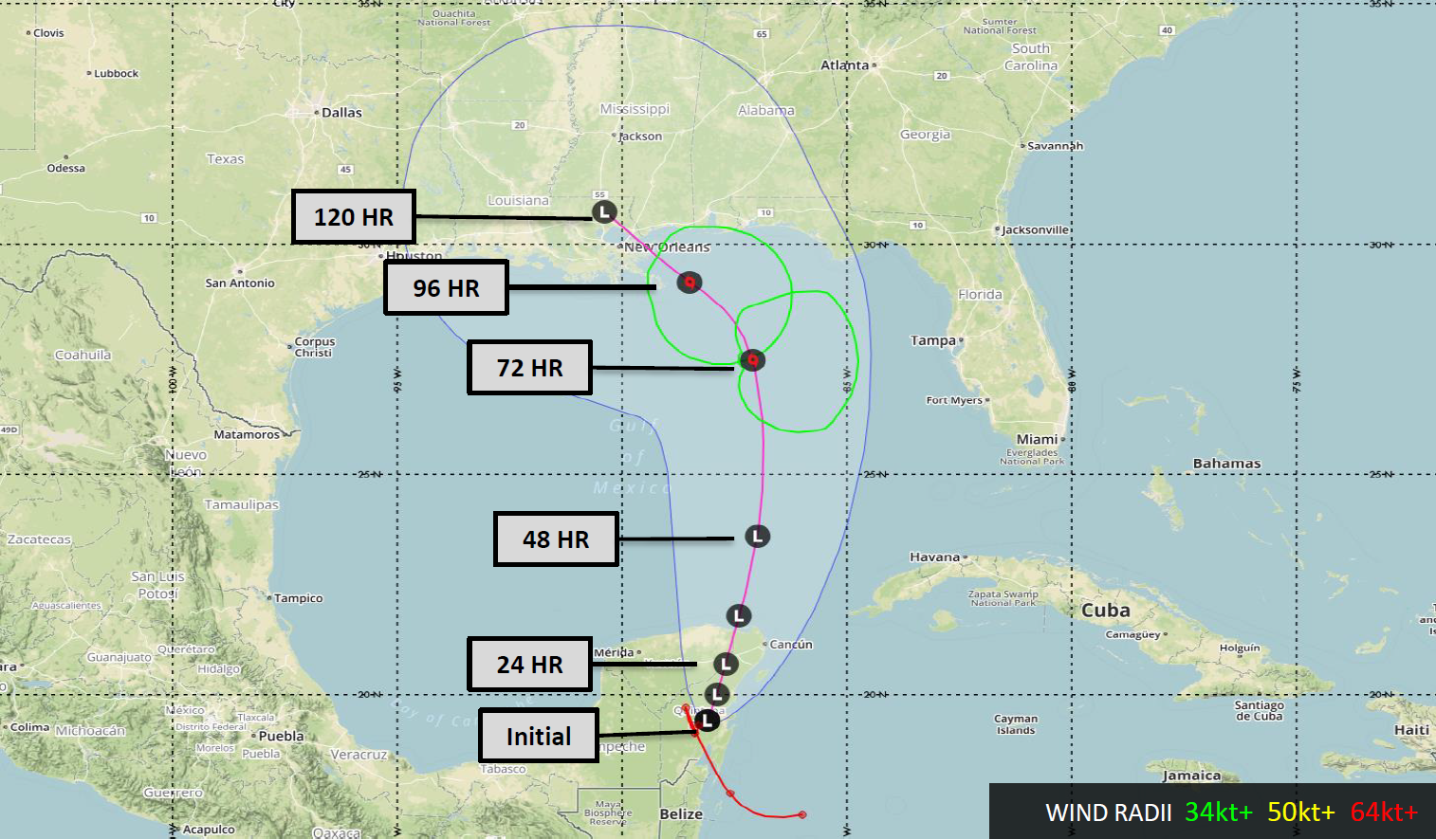 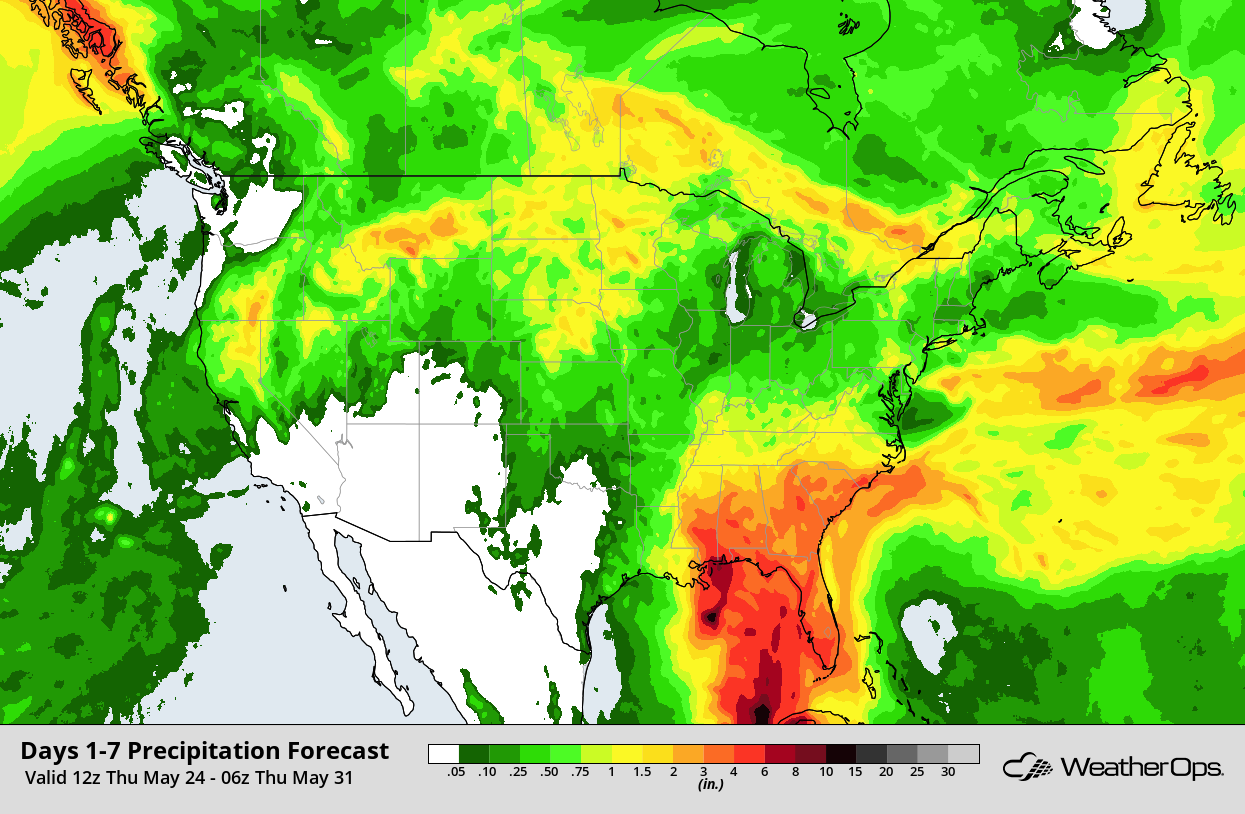 ECMWF Forecast Precipitation for the Next 7 Days

In addition to the hazards listed above, high seas are also likely, in excess of 12 feet in some locations. The image below is a forecast of wave heights for the Gulf of Mexico Sunday morning.. 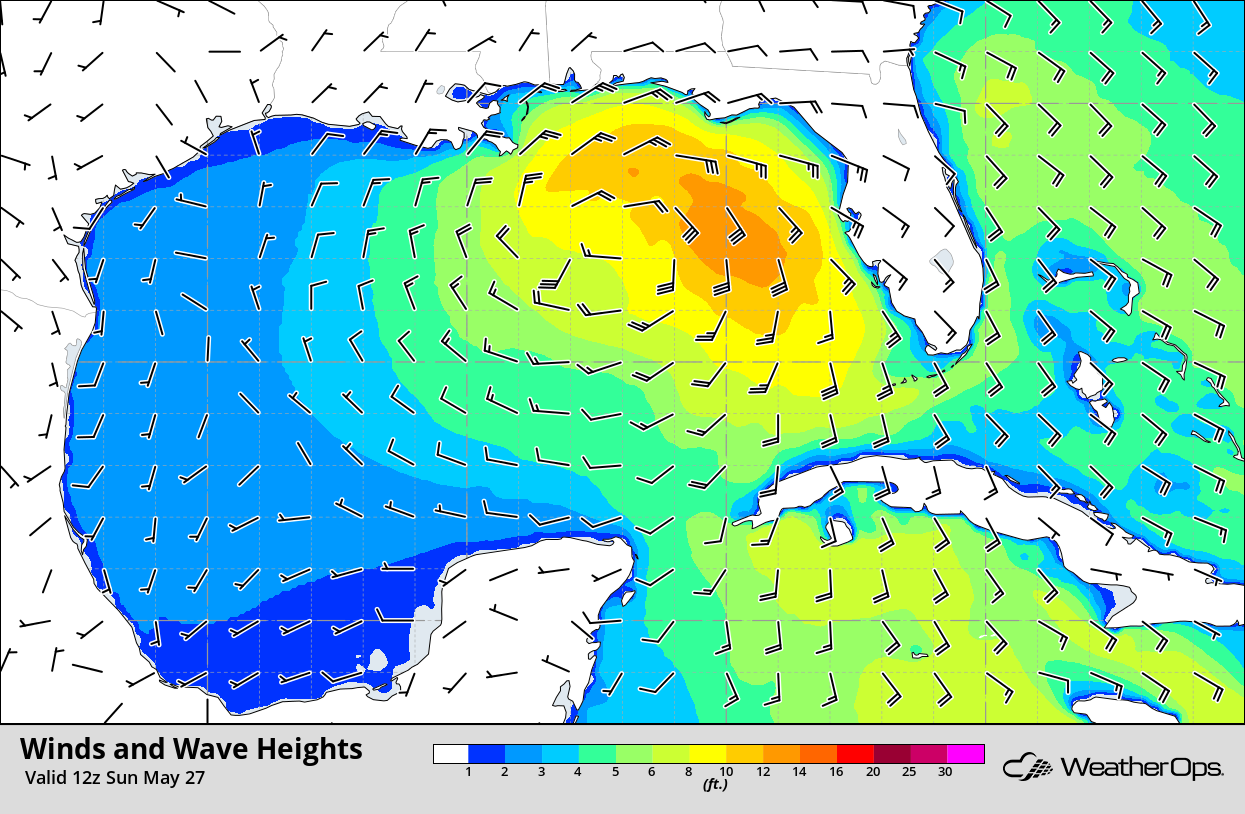 As more data becomes available, the forecast will be refined. Given the uncertainty in the forecast, areas along the northern Gulf Coast from southeastern Louisiana to the Florida Panhandle should pay attention to weather reports. This storm system will likely impact the plans of many heading to the beach over Memorial Day weekend. WeatherOps meteorologists continue to monitor this developing system and provide updates.

Updated on Friday, May 25: This system is now a subtropical storm named Alberto. As of early Friday afternoon, Alberto is located about 60 miles south of Cozumel, Mexico and 200 miles southwest of the western tip of Cuba. Maximum sustained winds are at 40 mph and some strengthening is expected over the next few days. While currently stationary, a slow northward motion is expected through the weekend and will begin to turn to the northwest late in the weekend. Alberto is still expected to approach the north-central Gulf Coast on Monday. 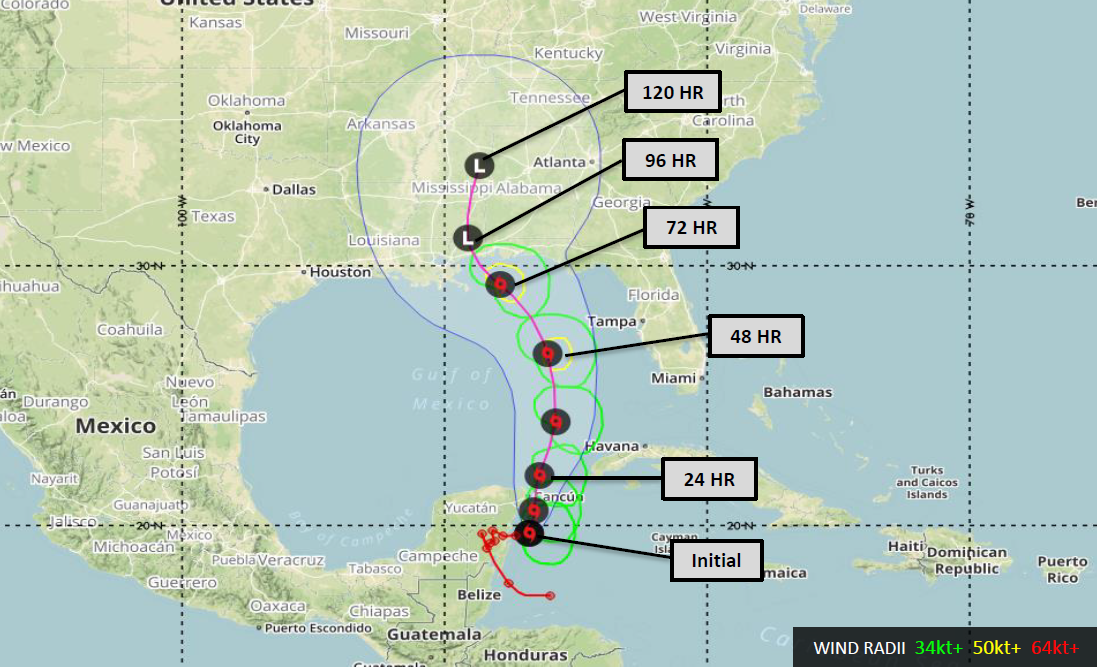