Why Do We Name Hurricanes and Who Chooses the Names?

Have you ever wondered why we name hurricanes? When did it start? Who comes up with the names? Time for your history lesson of the day! 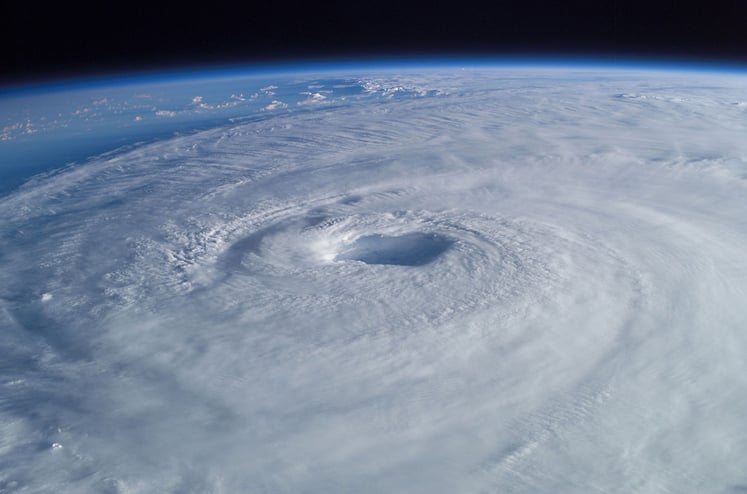 The naming of hurricanes began hundreds of years ago. Those in the West Indies would name them after the Saint's day that coincided with when the hurricane hit land. The Taíno people who lived in this area called these storms huraca'n, which translated to "center of the wind" (hura- wind, ca'n- center). This was translated by Spanish settlers as huracan and then to the English version of hurricane.

Hurricanes are named so that each storm can easily be recognized and reported on when more than one storm is active. In 1950, the Atlantic Basin began naming hurricanes based on the British Royal Air Force's spelling alphabet. This consists of a set of words that stand for letters of the alphabet when communicating orally. For instance; Able, Baker, Charlie, Dog, and Easy represented the first five letters of the alphabet. In 1953, the United States changed and began using women's names for hurricanes and tropical storms. Now, storms were called Alice, Barbara, Carol, and Dolly. The same list was used in 1954, but varying lists of female names began in 1955. The last year all women's names were used in the Pacific was 1978, the following year they added men's names to the Atlantic Basin list too.

The lists of hurricane names for the North Pacific and the North Atlantic rotate every six years. So, this year's list will come around again in 2022. If one year's list starts with a woman's name, the following year will start with a man's name. However, the lists do not remain the same forever. If a hurricane is particularly destructive, the name will be retired. There will never be another Hurricane Andrew, Katrina or Sandy. These names have been replaced with Alex, Katia and Sara.

It is the World Meteorological Organization's Hurricane Committee that creates the names used. This international group represents all five tropical cyclone regional bodies. The names are chosen based on regional level rules and are meant to be recognizable to people in that area. They meet every year or two to review the names and decide if one should be retired and what the new replacement name will be. In other areas of the world, the rules differ. For instance, the Central North Pacific has only four lists that are 12 names long. When the last name in a list is used, the first name on the next list will follow.