Where's the Best Place to Live to Avoid Natural Disasters?

After seeing the devastation caused by Hurricane Harvey, you might want to find a safer place to live than the hurricane prone Gulf Coast. While both the Gulf and East Coasts are prone to major hurricane landfalls, many areas of the country have risks. The Plains, Midwest, and Southeast have frequent tornadoes, much of the West has earthquakes, forest fires, and volcanoes, and while some northern areas have fewer natural disasters, they do have more snow and cold.

The first map shows the risk areas for tropical storms and hurricanes, which, not surprisingly, focuses on the Gulf and East Coasts. Note that the primary threat across the interior areas of the country as well as across the Southwest is from heavy rainfall from tropical systems whereas the areas close to the coasts also have the threat of high winds. 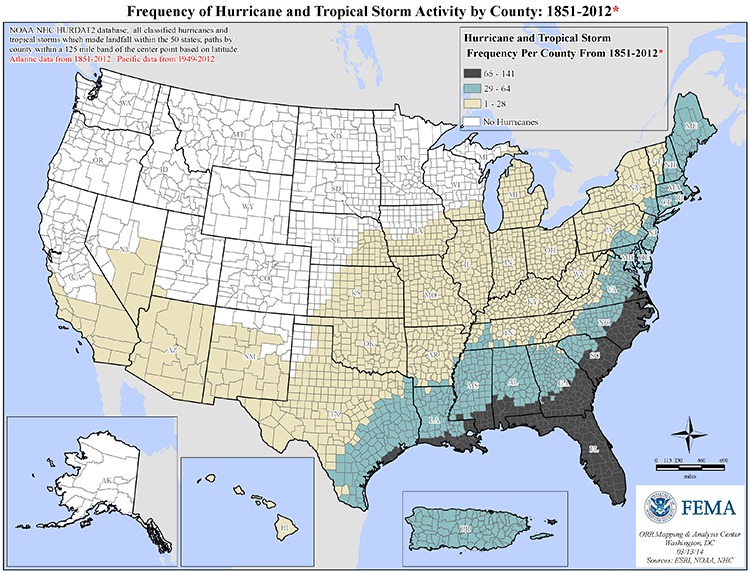 With tropical activity comes rain. The following map shows the areas of the country most at risk from flooding. Keep in mind that this map highlights counties, but flooding often focuses along waterways which may only cover a small portion of a given county. 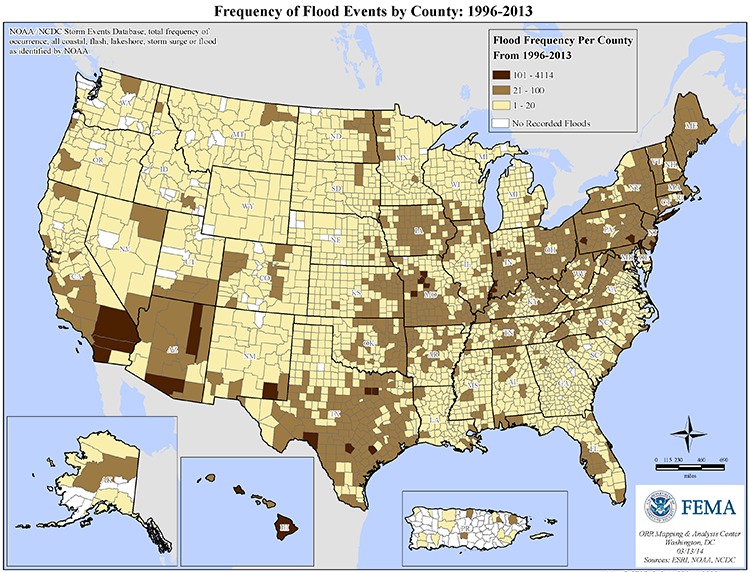 Tornadoes are of course a concern across much of the country, and the following plot shows the distribution of strong tornadoes by county. Much of the Plains, Midwest and Southeast is at higher risk, though most areas of the country east of the Rockies have some risk for tornadoes. 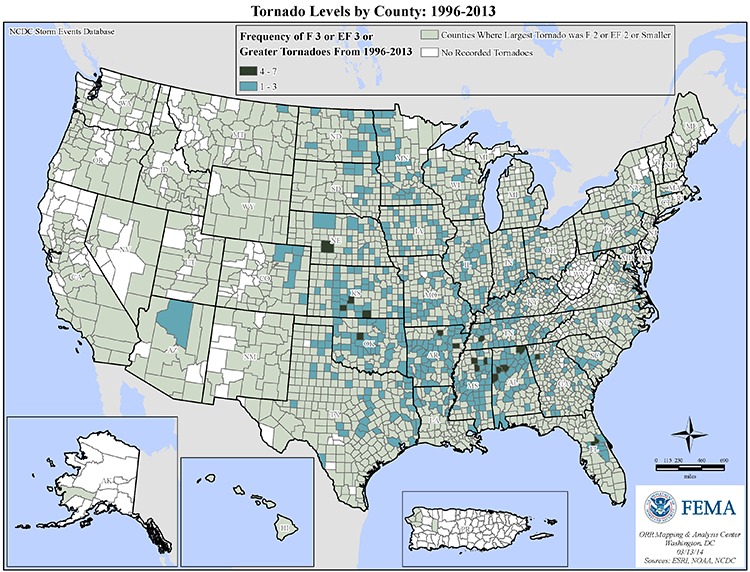 Sometimes it is not the atmosphere that gets you but the ground itself. This next plot highlights the risk areas for a damaging earthquake. While much of the West is at risk, so are portions of the central and eastern US. 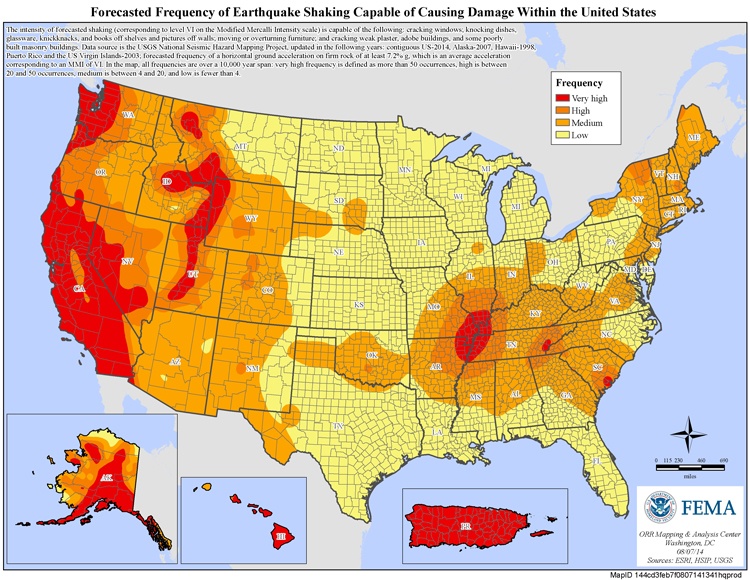 While it can be nice to live outside of cities, those open areas can sometimes burn. The following map shows the regions most at risk for wildfires (either forest or grass fires). Much of the West has the highest risk since vast areas of that region see prolonged periods of hot and dry weather during the summer months.

While usually not as much of a disaster as the previous ones, heavy snow can also be a problem in places. This next map shows the areas most at risk for major winter storms. The high frequency across New England is no surprise, and the county based nature of this map again hides some of the details across the West. Heavy snow tends to, of course, be focused on high elevation areas of the West, with lower elevation areas seeing much less snow, on average. So, not all counties that show an increased risk necessarily see a significant risk in the main population areas. Just the higher elevation areas in California, for example, are at greater risk for heavy snow events, even though some coastal counties are shaded in. 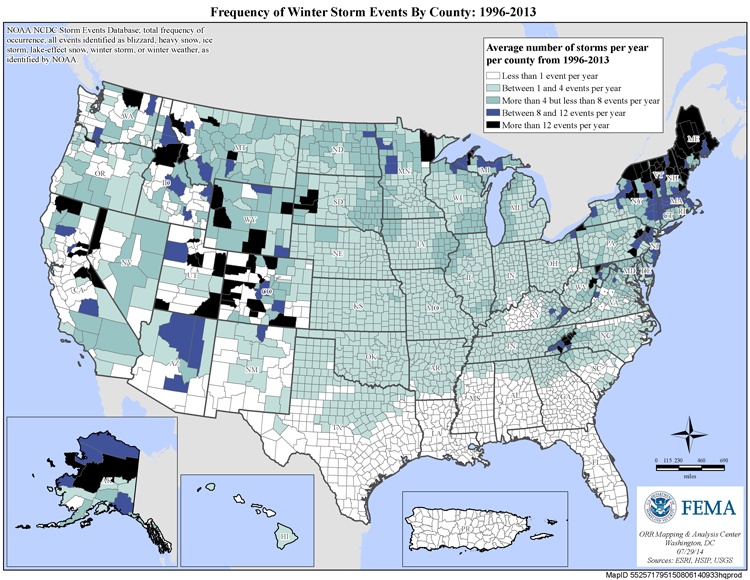 So, while you can indeed move away from the coast to escape the worst impacts from hurricanes, most areas of the country are at risk of some form of natural disaster. In general, the northern tier and Appalachians have the lowest threat for most types of hazards but do see more snow and cold. Since most of the higher population areas of the country are at elevated risk for natural disasters, you may decide you are better off staying where you are.