What is a Derecho? Now's a Good Time to Find Out!

If you live in the Chicago to Cincinnati area, there is a high likelihood of severe storms today. Forecasts are suggesting a derecho could form in this area. Widespread damaging winds with isolated tornadoes are expected in the Southern Great Lakes and Ohio Valley area. 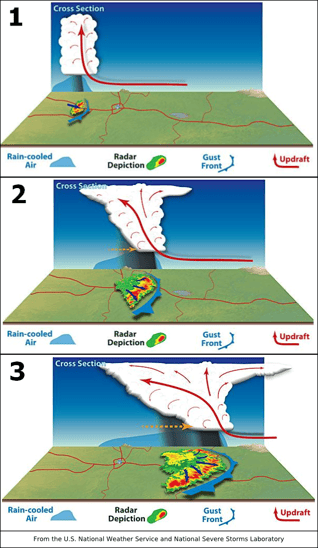 Starting as a squall line, derechos form when this line of storms bow out.  Stretching over 250 miles wide, they are classified as having wind speeds of at least 58 mph along the entire length of the storm and last six hours or more. While they may contain tornadoes, the strength of them can be hard to determine, as it is sometimes hard to differentiate tornado damage from derecho damage. Multiple downbursts are also often produced.

In late June of 2012, the same area that is at risk today had a significant derecho move through the area. Starting as a thunderstorm in Iowa, it strengthened into a violent line of storms. Lasting more than 18 hours, the derecho traveled over 800 miles. The highest wind speed measured was 91 mph in Fort Wayne, Indiana. Over $2.9 billion in damage was produced and caused 28 fatalities.

If you live in or near the red and yellow outlined areas below, make a plan now. Widespread, extensive power outages can be expected, similar to that caused by a hurricane. Damage to homes, businesses and trees will accompany a derecho. Anyone camping in this area needs to be alert tonight. If you have outdoor plans, pay attention to the weather. 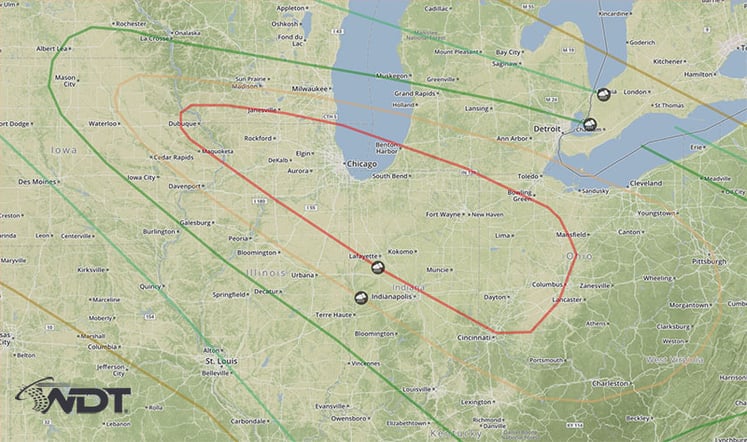