What Does the Spring Weather Outlook Have in Store?

With the mild winter of 2016-17 drawing to a close, attention is now shifting to the weather forecast for spring 2017. The primary questions for the upcoming spring season is whether the warmth of this winter will carry over through the spring season and what the severe weather outlook is for this year. 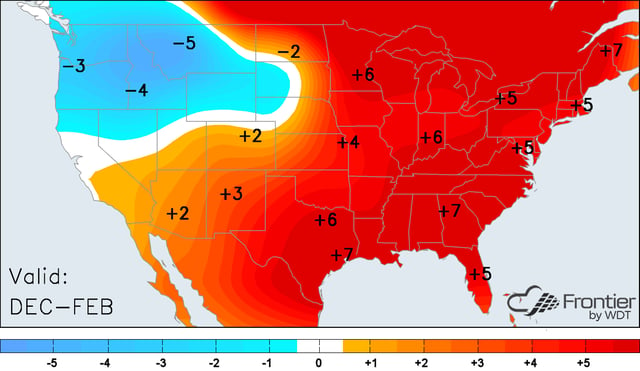 Spring seasons following warm winters tend to also be warmer than normal, and that tendency has been even stronger during the last 15 years or so.  Current indications suggest that while spring 2017 may not feature the intense warm anomalies seen this winter, much of the country could continue to average above normal as the historical trends suggest.

Another question for the spring season is whether there will be more severe weather than usual. The plot below shows the historical number of reported U.S. tornadoes since 1950 by day of the year and shows the large spike in activity that occurs during the spring and early summer, particularly the months of April through July.  Historically, tornadoes are more common following La Niña winters than during neutral ENSO or El Niño winters. While we had La Niña conditions this past winter, the event was weak and has moderated back towards neutral levels early this year. 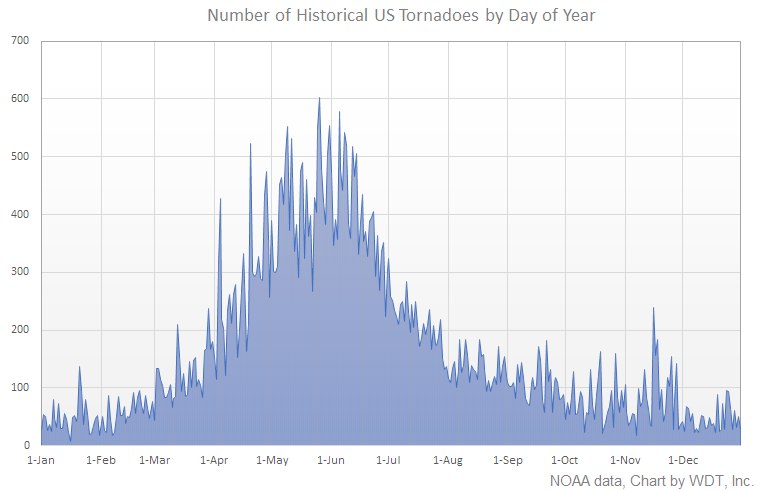 Join us on Thursday, March 16 for our Spring 2017 Severe Weather Outlook webinar as we look at the severe weather forecast in more detail.