What Causes the Sky to Turn Green Before a Thunderstorm?

If you've watched a thunderstorm during the late afternoon or early evening, you may notice that the sky turns green before it begins to hail. What causes this change in the color of the sky?

The effect of the green sky is usually observed with thunderstorms that occur later in the day when the sun angle is lower. The low sun angle causes the reddish tint to the sky that can often be seen as the sun sets on the horizon. At the same time, water droplets primarily scatter the blue wavelength. This blue color with a reddish color background causes a greenish tint to the sky. 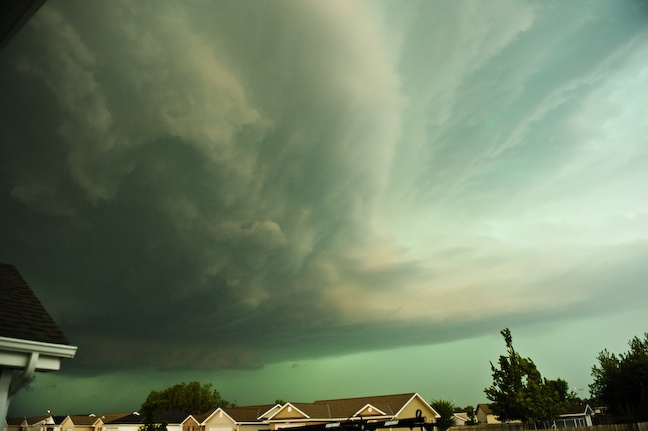 While there is plenty of evidence correlating the green sky to hail, there are also several instances of hail occurring without this effect happening. In fact, no formal link has ever been established between the green sky and the occurrence of hail. The best way to stay aware of severe weather is to use data as opposed to walking outside and trying to decide by visually observing storms. Using mobile apps, such as RadarScope and Weather Radio, are safer and more accurate. Given them a try today!