It’s no secret that bad weather can play havoc on the aviation industry. According to a 2016 study in Physical Geography, the weather was a cause or contributing factor in 35% of fatal general aviation accidents. It seems that we’re even more aware of weather’s impact on travel at this time of year when winter weather and the high travel holiday season coincide to create frequent and highly visible disruptions.

However, weather can present a problem at any time of year and stem from a variety of weather phenomena. And its impact extends beyond those that are flying home to see relatives over the holidays or business travelers flying to meetings across the world. It can also affect the plans of private jets flying corporate executives as well as planes that are in the business of transporting packages around the globe, such as FedEx, UPS, and DHL.

Weather Hazards Commonly Affecting Aviation
A variety of weather events can contribute to problems for the aviation industry. This time of year snowstorms can have a significant impact on air travel. Snow can create difficulties during take-off, landings, and even in low-altitude flight. Snow or slush can make it difficult for a plane to take off or land safely, as it can reduce traction and cause a plane to hydroplane on the runway. Accumulating snow and freezing rain can also cause ice to form on the wings, which can reduce the lift force that keeps a plane in the air. This event requires that de-icing take place when temperatures are below freezing, and any precipitation is falling.

The degree to which winter weather impacts operations is also a function of how prepared an airport is to deal with winter weather. For example, in a place like Minneapolis, where snow and freezing conditions are common, delays and disruptions are typically less than in a location like Atlanta, where severe winter weather is much less frequent.

Winds and heavy rain from hurricanes can dramatically affect aviation. The effects can be relatively long-lasting, and airports directly affected by a hurricane may close for several days.

Thunderstorms can create many conditions that jeopardize safe aviation operations. Storms can cause turbulence, downbursts, microbursts, tornadoes, icing, lightning, hail, heavy rain, gusty winds, and poor visibility. Larger complexes of thunderstorms, such as those that sometimes form across the central part of the country, and their accompanying high cloud tops, can cause planes to change their route of flight to minimize turbulence.

How the Private Sector Helps Aviation
Private weather companies provide a variety of tools to help those in the aviation industry better manage the impacts of weather. For example, companies like DTN (WDT’s new parent company) provide detailed forecasts for turbulence and icing to commercial and private jets that are appended to each flight plan. 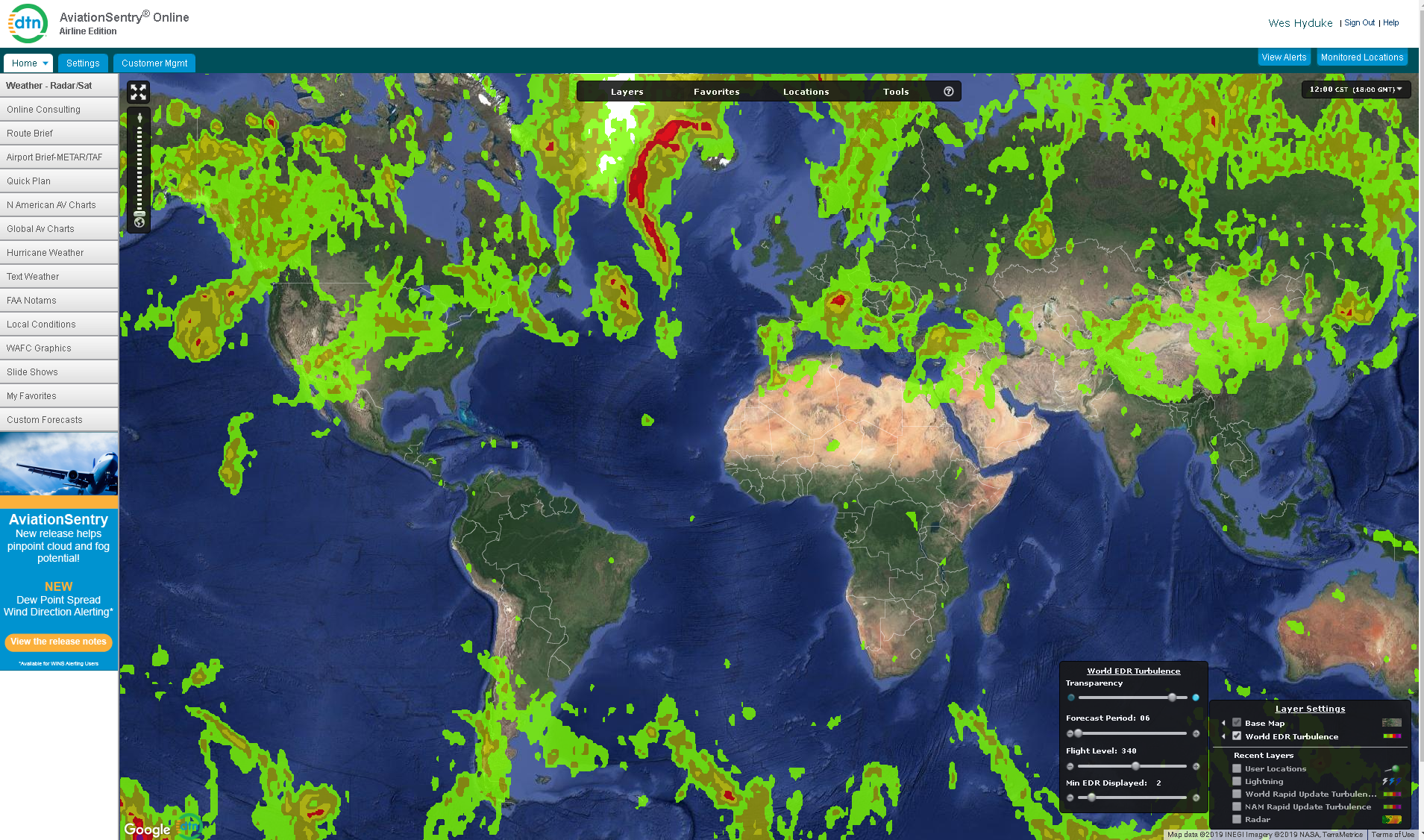 This information is used to achieve two primary goals. The first and most important one is to ensure the safety and comfort of all involved. By being alerted to potentially hazardous conditions, planes can plan accordingly. That might mean flying at different levels of the atmosphere, flying a different route to minimize turbulence (including clear-air turbulence that takes place when there are no visual clues, such as clouds), or delaying takeoffs and landings until conditions on the ground or along the planned route are acceptable.

Efficiency is the second goal of aviation companies. Whether transporting passengers or packages, aviation interests want to get from point A to point B as quickly and as efficiently as possible. Information provided by meteorologists can help pilots determine a direction and altitude of flight that minimizes headwinds and maximizes the efficient use of fuel.

Value of the Weather Enterprise in Action
Microbursts, localized columns of sinking air (downdrafts) that can occur within a thunderstorm, cause extensive wind shear for aircraft attempting to land in one. In 1985, a microburst caused the crash of Delta Air Lines Flight 191 at Dallas’s DFW, killing 137 people. This tragedy triggered a decade of intense meteorological research and engineering development that resulted in the hugely successful Terminal Doppler Weather Radar (TDWR) program. The TDWRs, located near 47 airports in the United States, automatically detect microbursts and relay the information to pilots immediately. Since this program has been put in place—and thanks to a better understanding of the phenomena and improved pilot training—no crashes related to microbursts have occurred. This monumental achievement, which owes so much to the weather industry, has provided great value to society and is not celebrated enough. 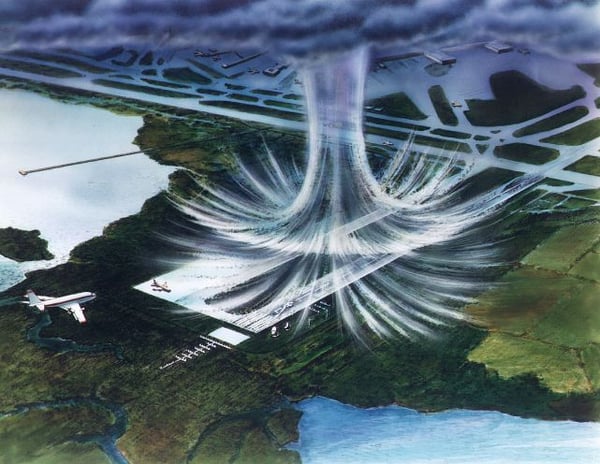 And beyond immediate weather threats, forecasts are increasingly being relied upon for use in long-range operational planning by airlines. For example, if there’s a forecast for a significant Nor’easter two or three days out, airlines have determined the best course of action is often to cancel flights ahead of time and move aircraft to locations far from the storm.

So if you found yourself with a delayed flight or stranded at an airport this past holiday season, there’s a good chance that weather was the culprit. But also know that the best weather information available is always being used by aviation experts to ensure your comfort and safety.