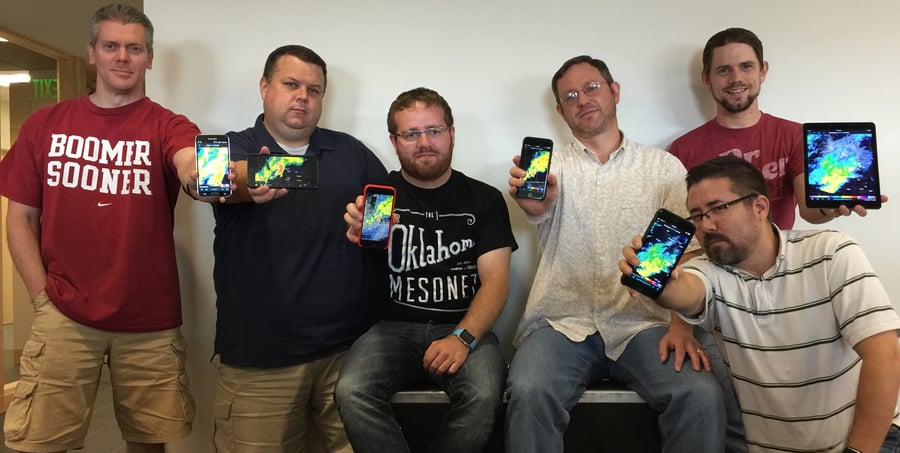 The AMS summarizes this Special Award: “For tireless efforts to develop and improve their RadarScope mobile application, enabling widespread access to professional quality weather radar information by meteorologists and the public.”

“Our mobile team here at WDT has been the recipient of many awards and accolades over the past 8 years but we hold this one in highest regard,” says Mike Wolfinbarger, WDT’s VP of Mobile Development. “For our team to be nominated and awarded this honor by industry peers sets the 2016 AMS Special Award apart from the others.”

Special Awards are presented to individuals, teams of individuals, or organizations who have made important contributions to the science or practice of meteorology or related aspects of oceanography or hydrology, or to the Society. The 2016 Special Award will be presented to those listed above in January at the 96th AMS Annual Meeting in New Orleans, LA.

About RadarScope
RadarScope is a specialized display utility for weather enthusiasts and meteorologists that allows mobile, Mac, and tablet users to view NEXRAD radar data and severe weather warnings. This premium application can display the latest reflectivity, velocity, and other radar products from any NEXRAD radar site in the United States, Canada, Guam and Puerto Rico. RadarScope is available on the App Store, Mac App Store and Google Play. Follow on social @RadarScope.