Yesterday tornadoes scraped across the southeast killing 5 people and injuring several more. In Alabama, a nighttime tornado critically injured the owner of a 24 hour daycare center and his family, who took shelter in the building.

Painful to look at these Ider Daycare photos pic.twitter.com/5e8qcPvyN0

A Baptist church and a plaza were also destroyed just after midnight local time in Pisgah, Alabama, 30 miles SE of Chattanoga, Tennessee.

The NOAA Storm Prediction Center issued a moderate risk at the 20 UTC update; the second highest risk category possible by that agency with an emphasis on tornadoes. Overall, all 22 tornado reports were all within the 5% contour of tornado probability contour. 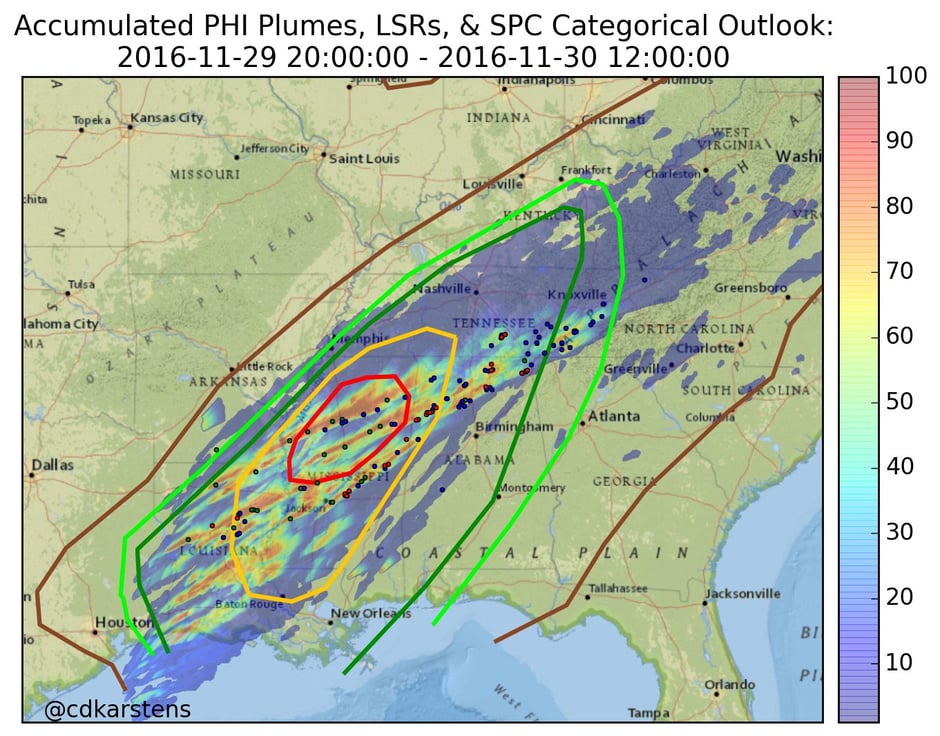 Utilize WDT’s RadarScope and Weather Radio to alert you to the storm 24/7 to keep safe during this tornado season.