Tornadoes Don't Care What Month It Is.

Tornadoes don't care what month it is. If the conditions are right then they will form. While most people think severe weather and tornadoes are only a spring season occurrence, they actually can occur any time of the year from January to December. Tornadoes in the South yesterday confirmed that.

The conditions were ripe on the morning of February 7, 2017 for severe storms and tornadoes. The ingredients were so perfect that tornadoes were on the ground in the morning. Here's another tidbit, tornadoes don't care what time your clock says. While most people expect them in the afternoon or evening, they have been known the strike in the early morning all the way through the night. 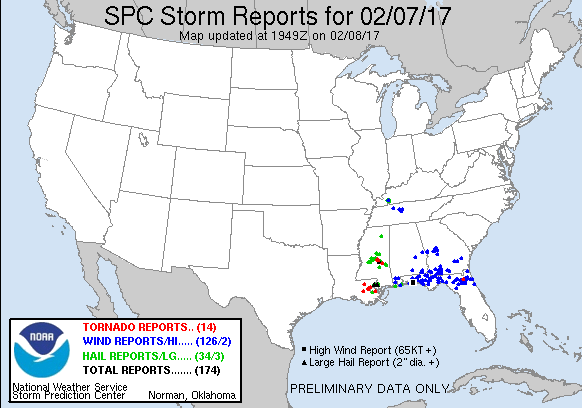 A total of 14 tornadoes were reported, one of which struck New Orleans East, injuring 25 people and damaging at least 60 structures.

We were keeping a close eye on the situation. Our WeatherOps forecasters were hard at work distributing appropriate, actionable information to our customers so they would know there weather risk. Utilizing standard tools within WeatherOps Commander, clients were able to view an image of the Potential Tornado Path in north/east NOLA within minutes. This can be very helpful to electric companies who need to figure out where the power is out and reduce business interruption, insurance companies can use it to quickly check on customers, and emergency preparedness officials can utilize track information for search and rescue and/or damage surveys. 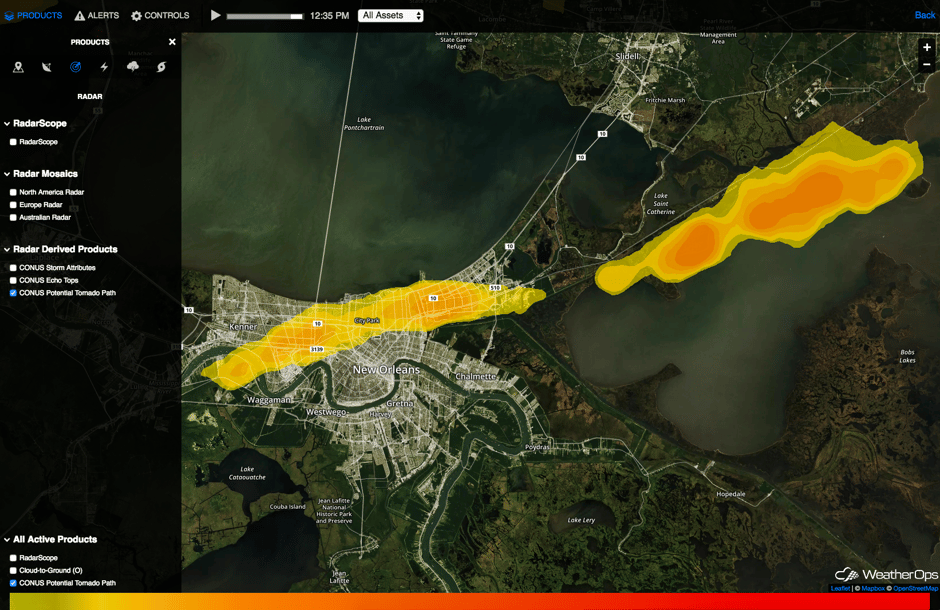 And of course, many people were watching these storms on the latest version of RadarScope, v3.3 which released earlier in the day. There had been tornado warnings out on storms prior to the New Orleans tornado, and those storms were impressive and yet scary to view. Below you can see a reflectivity and velocity image of the storm that caused the injuries and destruction. 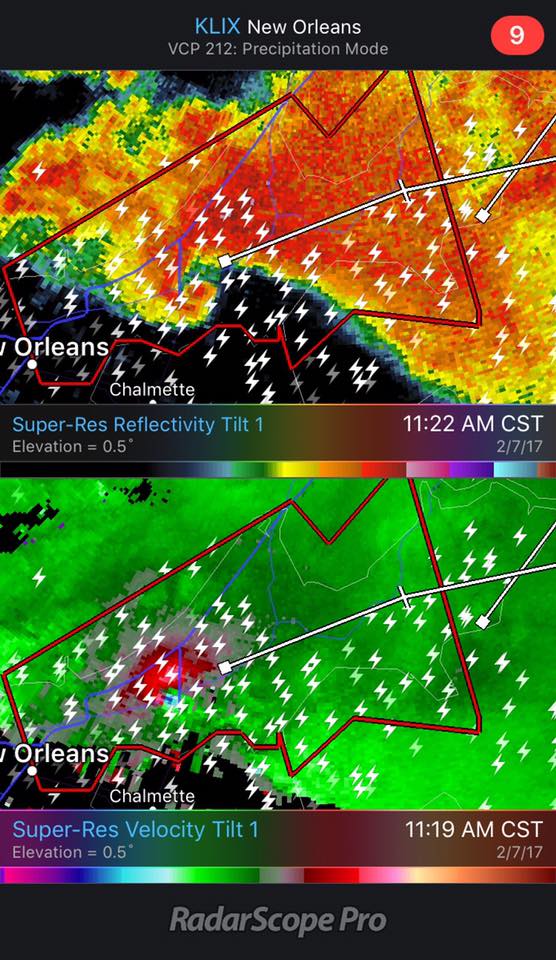 The New Orleans National Weather Service will perform damage surveys today to gauge the strength of yesterday's tornado. The latest information provided ranks it as an EF-3, which has wind speeds ranging from 136-165 mph. Tornadoes of this rating can cause severe damage, as seen in the drone footage above, destroying entire stories of well-built homes, debarking trees, and tossing vehicles like toys.

Are you ready for the next bout of severe weather in the weather forecast? Do you know how to reduce your weather risk?  Would you company benefit from severe weather alerting? We can help with forecasts, data, mobile apps and much more. Contact us today and be prepared before tornadoes affect you and your business.