There Have Been Five Lightning Fatalities in the Past Week

Close to 30 people die every year from lightning strikes. Many more are injured. In the past week alone, there have been five fatalities. The yearly total is now 20, half of these deaths happened in July.

Every year, meteorologists urge the public to avoid lightning. The saying "When thunder roars, go indoors" is used repeatedly. Yet every year, people are caught outside in thunderstorms. Many do not live to tell the story of what happened to them.

Peter Hawkes, a 23 year old, was playing golf at Indian Tree Golf Course last Tuesday. Caught on a distant part of the course, he and a friend took shelter under a tree when a storm rolled in. Although others tried CPR on him, he did not make it. A single strike can be seen on the southern part of the course. 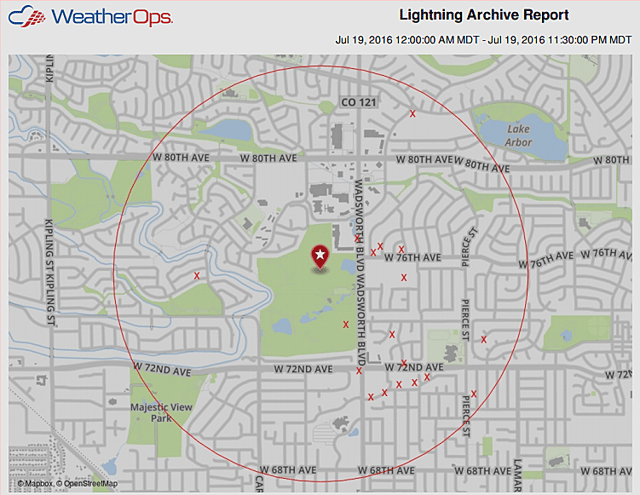 A 20 year, hanging out in his yard, was struck by lightning. While news stories quote that he was hit a 8:15pm, our data shows 3 strikes in the area all around 8:12pm. Hunter Blankenship was taken to the hospital, but did not survive his injuries. 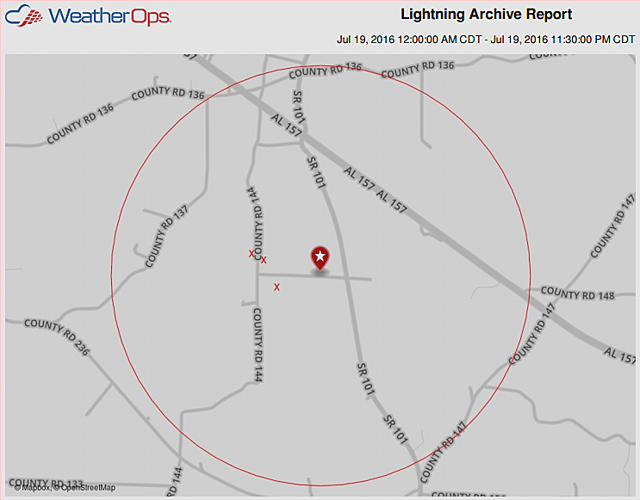 While working construction on the 6th floor of a lanai, lightning struck a 35 year old man. The bolt entered his chest and exited through his leg. Rain began to fall after the strike and although co-workers and EMT tried to revive him, he became the 20th death this year. 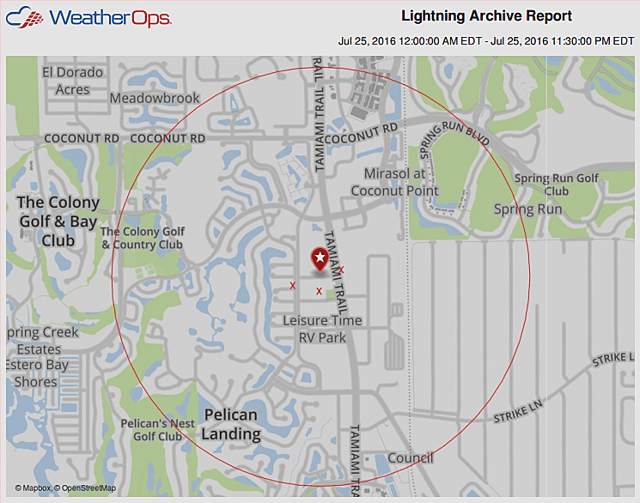 Lightning also took the lives of a 17 year old last Wednesday, while hiking in Arizona, and a 14 year old Friday, while riding a jet ski in Flaming Gorge.

Next time there is a storm outside, remember these stories. Most of these people were out enjoying themselves on a nice summer day. Next time you are out and a thunderstorm begins to roll in, remember these stories. None of them expected to die by lightning. Stay aware of the weather and keep track of lightning near you with one of our mobile apps. Both Weather Radio and RadarScope can have lightning added on. If you need something more intensive, try our WeatherOps demo. The more data you have, the safer you will be.