The Month of May Continues to Heat Up 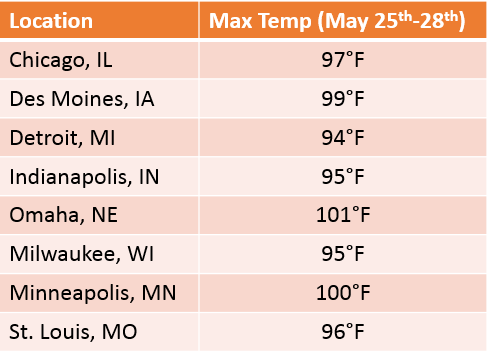 It was so hot in Milwaukee that the city set a new record for the hottest temperature ever recorded in May. Minneapolis also saw some extreme heat and marked its earliest 100-degree day on record. It’s incredible to think that just over a month ago Minneapolis was digging out from 15 inches of snow! Temperatures in the Upper Midwest will remain above normal this week and into this weekend but the extreme nature of the heat will shift further south, into the Southern Plains, as the forecast is looking quite toasty for many locations:

Several 100 degree days are likely, particularly in western Texas and Oklahoma where temperatures will soar through the low 100s due to the ongoing drought conditions promoting warmer feedback. Now that we are nearing the end of the month, May is undoubtedly expected to be the hottest on record concerning high Population-weighted CDDs and low Gas-weighted HDDs since widespread and highly anomalous warmth has encompassed the US: 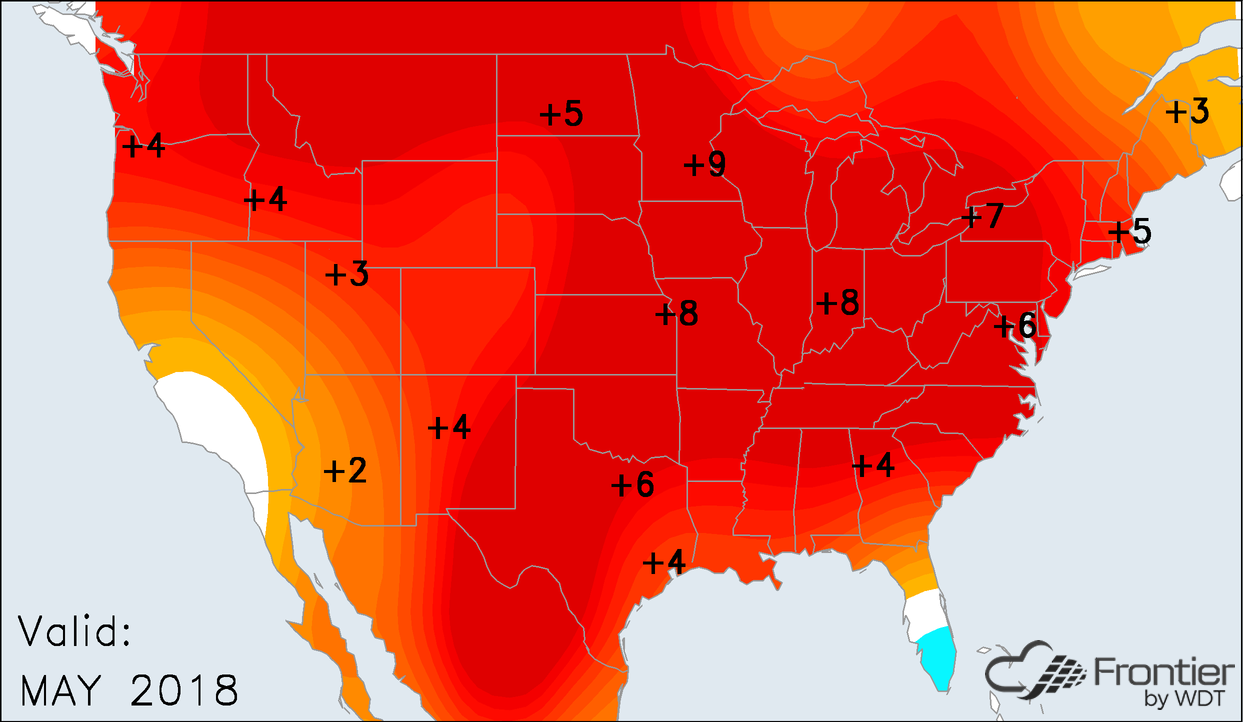 Does this mean a scorching summer for the US is unfolding? Not necessarily. We expect to see a transition to more seasonal temperatures in the Upper Midwest to the East for the June-August period. That said, we also anticipate the West remaining on the hotter side of normal with higher confidence for this region:

Overall, higher than normal cooling demand this early in the season has undoubtedly peaked the curiosity of what the summer of 2018 will have in store. Want to keep track of how temperatures are unfolding in your region for the summer and beyond? Contact us for a free trial.