Today is June 1, which marks the beginning of the Atlantic hurricane season. Forecasters are predicting a near average season this year. According to NOAA, 10-16 named storms are predicted with 4 to 8 of those storms becoming hurricanes with 1 to 4 of those becoming major (winds of 111 miles per hour) hurricanes.

Though the season begins today, we've already had 2 named storms; Hurricane Alex developed in January over the Eastern Atlantic and Tropical Storm Bonnie developed on Memorial Day off the East Coast. Bonnie has since dissipated and the remnants are currently bringing heavy rain to eastern North Carolina. Here's a look at the list of names for this year. 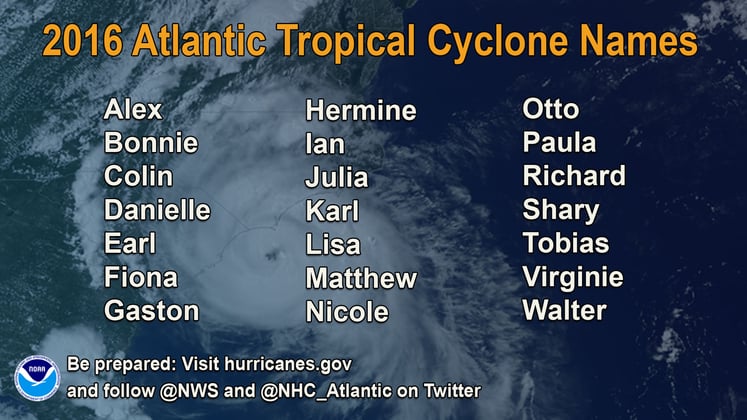 Being prepared is important when hurricanes threaten your area. Keys to preparing before the storm include the following:

If hurricanes are a potential threat to your business and assets, WeatherOps meteorologists will be monitoring the situation and can provide current information to help protect you.