That's snizzle fo shizzle! No, I have not lost my mind. Yes, snizzle is an actual weather term. However, it's not the only weather word out there that people don't think is a real thing!

I have heard more than once that meteorologists just make up words for things that don't actually exist. Let's take a look at the top ten, in my opinion, of odd weather terms (or slang) that people don't think are real.

Zulu, also known as Coordinated Universal Time (UTC), was formerly called Greenwich Mean Time (GMT). It is the way meteorologists and military identify the time zone centered on the Prime Meridian (0° longitude). Z time is based on a 24-hour clock where midnight begins at 00Z.

This defines the warm, dry winds that occur in the lee of the mountains, such as the Rockies. As the air descends, it becomes very dry and gets much warmer. They can cause extreme temperature rises in a matter of hours. NOAA's National Climate Extremes Committee says the record 24-hour temperature change happened in Loma, Montana in January of 1972. On that date, a chinook caused a temperature swing of 103°F !

Sometimes, two tropical cyclones begin to rotate around a common midpoint. The cyclones will eventually merge into each other. It is named after Sakuhei Fujiwhara, a Japanese meteorologist, who described the process in 1921.

Tell someone that graupel is falling and they will look at you like you're crazy. Graupel forms when super cooled droplets of water freeze on falling snowflakes resulting in a snow pellet. They look like little styrofoam balls when they fall.

I once had someone tell me that meteorologists had definitely made up this term to cover an event they couldn't explain. I had to explain that it was a real word. A derecho is a widespread, fast moving windstorm associated with thunderstorms. Damaging straight-line winds, over areas hundreds of miles long and more than 100 miles across, occur from these.

Storm chasers use all kinds of slang to describe features of a severe storm. When they see an inflow band that is low and flat and attached to the main updraft, it is referred to as a Beaver Tail. This differs from a tail cloud, which is attached to a wall cloud.

Sometimes referred to as a ghost wind, genie, whirly-whirly or dancing devil. A willy willy is the term used in Australia to describe a dust devil. They aren't unique to Earth, dust devils (or willy willies)  have even been spotted on Mars.

During the 1930's Dust Bowl, haboobs were seen frequently. These are large dust storms that form a wall of fine dirt and can be caused by a thunderstorm that has collapsed. They can be so thick that they turn day into night. Arizona sees these on a yearly basis. 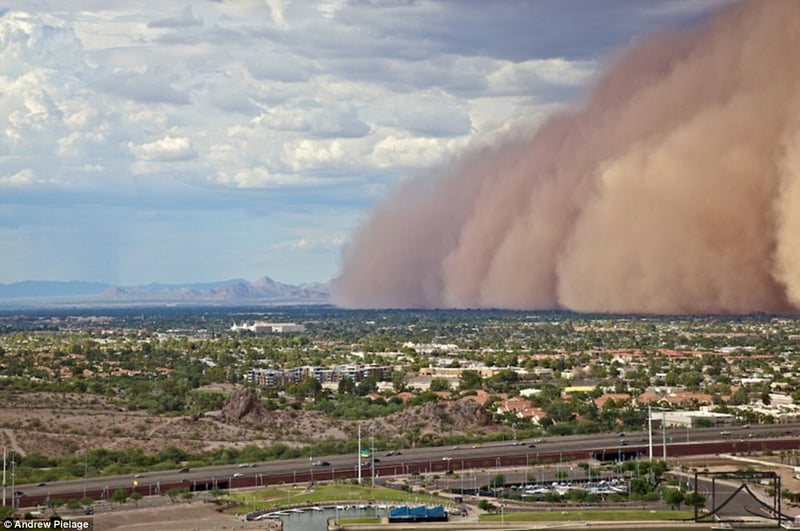 This is a real meteorological term, seriously! It is a low pressure system, originating in the panhandle area of Texas and Oklahoma. Moving east initially, the system will "hook" or recurve more northeast. When they happen in the winter, heavy snow tends to fall to the north of their surface track.

Finally, we come to snizzle. It sounds like something Dr. Seuss came up with, but this is simply a mixture of snow and drizzle. When drizzle freezes it will look like tiny snowflakes or ice crystals. Although you won't find it in a formal meteorology glossary, it is not unusual for meteorologists to mention snizzle in the the winter time. After all, it's a pretty fun word to say! 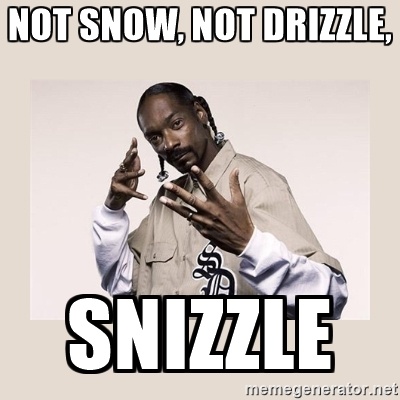 No matter what type of weather is happening, you can count on our WeatherOps forecasters to handle it.