If you live in the Houston area, Thursday afternoon must have been quite loud. Highly electrical severe storms passed through the area on May 19, causing flash flooding along the way. Flights were delayed and vehicles became stranded in high water.

As I was watching my RadarScope app yesterday afternoon, I was amazed at all the lightning occurring with a line of storms that was marching through Houston an into the Gulf of Mexico. There were so many strikes that I just had to grab a screen shot.

I couldn't recall ever seeing so much lightning in a storm. So, this morning when I came into work I went straight to my Commander account in WeatherOps and created a lightning report. It took a few moments, but I think I found one of the most electrical areas in the storm. 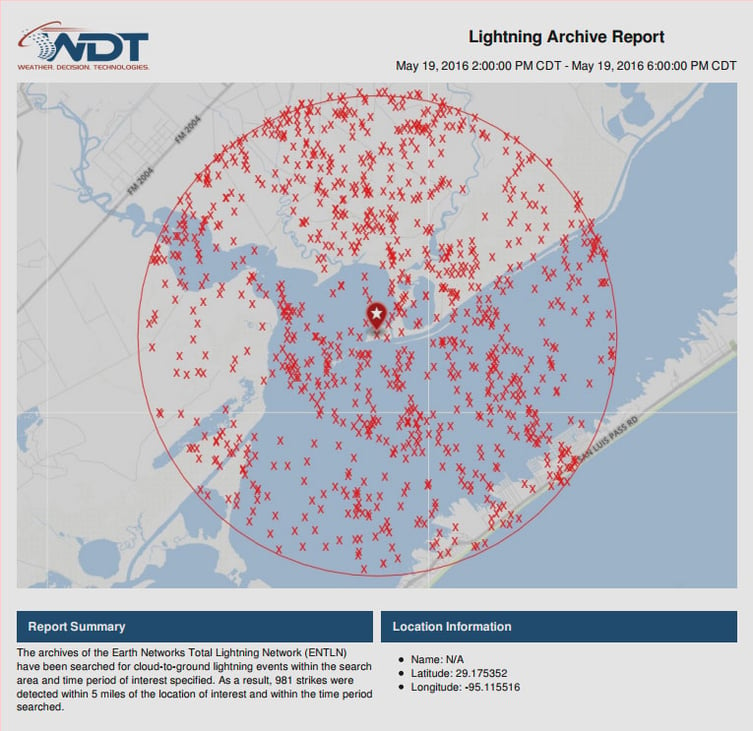 From 2:20 PM to 5:30 PM, over 980 cloud-to-ground lightning strikes occurred within 5 miles of this spot on the map! There were 47 strikes within 1 mile.  That is a LOT of lightning. I also reviewed the strength of the bolts. While the average lightning strike contains 20,000 amps, I found a few in this storm over 80,000 amps. The strongest bolt measured 86,599 amps less than 4 miles away.

Searching through news stories, I only found one mention of damage to a residence. A lightning bolt hit a home and destroyed the chimney. However, I wouldn't be surprised if other homes ended up with electrical issues or if trees were hit.

While I found the data interesting, it is important to point out that lightning kills. There have been five fatalities so far this year in the US, three of them were just individuals enjoying outdoor activities while the other two were working.  And we haven't even reached our worst time of year, most lightning deaths occur during summer thunderstorms. Earlier this month, over a four day period there were 65 people killed by lightning in Bangladesh. 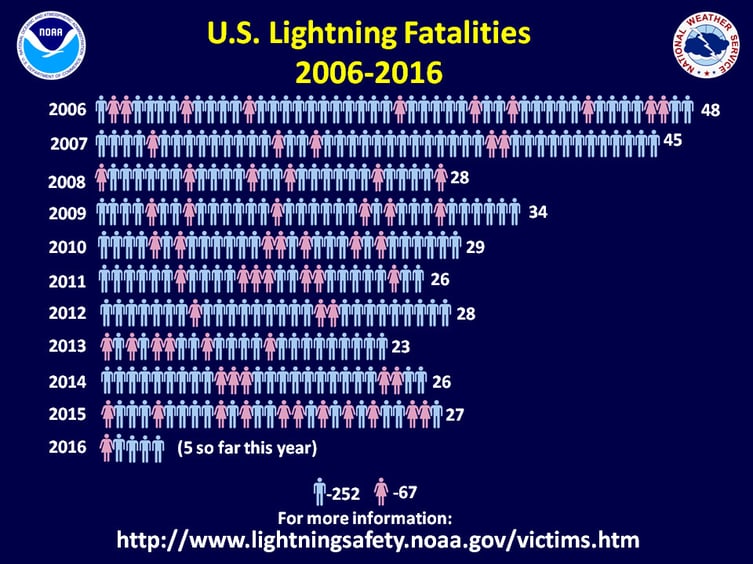 So, as the saying goes "when thunder roars, go indoors". Don't become part of these statistics. And if you're interested in WeatherOps Commander and lightning data, we can help.