In addition to severe thunderstorm season, spring is also the grass fire season in the plains. While many ranchers execute controlled burns through the spring to clear dead grass from the previous year and remove unwanted tree saplings, there are also many unintentional fires from other sources.

This week was been warm, dry, and very windy across the plains. Because most grass has not yet greened up this spring and rain has been limited, the strong wind and low humidity is leading to critical fire weather conditions in which fires spread quickly and are difficult to put out, as indicated by the Storm Prediction Center Fire Weather Outlook for today.

One of the larger ongoing fires started yesterday in northwest Oklahoma and is still burning in southern Kansas this afternoon. The spots where the fires are burning and their long smoke plume can be seen in the visible satellite imagery. Currently, the fire is reported to be more than 40 miles long and has burned over 75,000 acres. 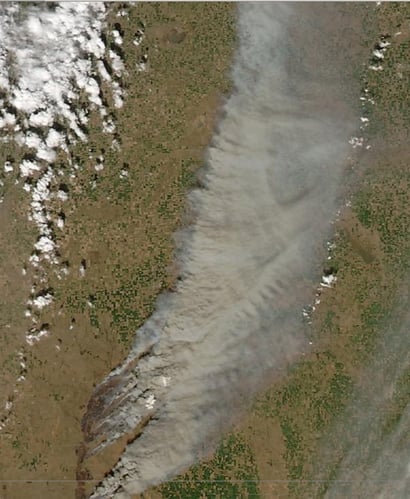 The smoke plume of this fire, as well as another one to the south, are also visible on radar. The first image is from the new dual-pane mode of RadarScope 3.0 and shows Reflectivity on the left and Correlation Coefficient on the right. Correlation coefficient is a measure of how similar the particles being sampled are to each other in size, shape, orientation, and composition. Because smoke consists of a mixture of small aerosol particles and larger more diverse pieces of ash, extremely low values of correlation coefficient is one of the distinguishing characteristics. That signature is apparent here, as almost all the higher reflectivity between Freedom, OK and Pratt, KS has correlation coefficient below 0.3 (“high” values for precipitation are > 0.95, “low” values for clutter or insects are 0.5-0.8). 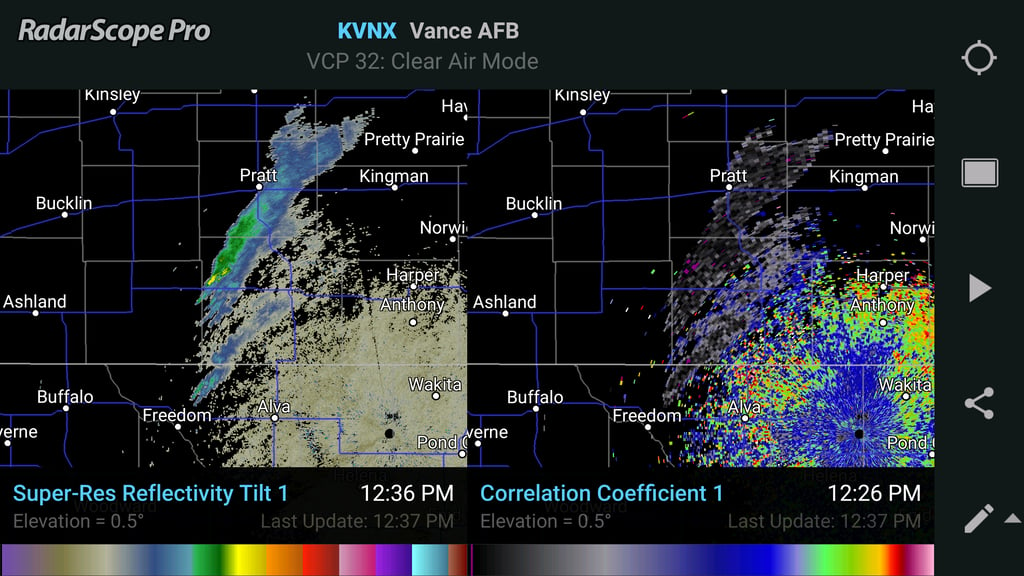 This is an example of interesting applications of dual-polarization radar data (and an opportunity to play with dual-pane mode in RadarScope), as well as a reminder to pay attention to fire weather advisories issued by the National Weather Service. 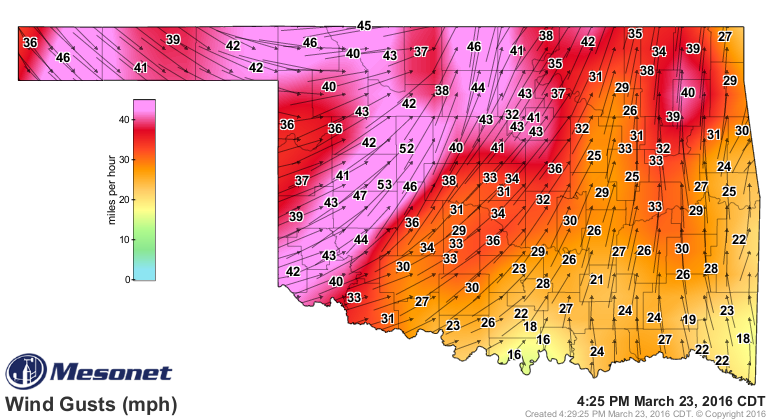 So, make sure you are very careful of outdoor fires on excessively windy days such as this. Any small spark could start a massive wildfire.