When you hear the word "squall," you might think of a squall line. Though generally associated with thunderstorms, similar phenomena can occur during the fall and winter.

A snow squall is a limited duration heavy snow event that can produce quickly accumulating snow and strong winds, reducing visibilities within a short period. Most last less than an hour. However, in some cases, multiple squalls can impact the same area one right after another.

via @ABC - A #snow squall in Albany, New York quickly formed what resembled a wall of snow slowly advancing on the city. pic.twitter.com/9j9K2dvtgn

Like squall lines, snow squalls typically develop along strong cold fronts. They require the same basic ingredients that thunderstorms need to develop (moisture, lift, and instability). Snow eventually begins to develop along and ahead of the front, though accumulations are usually low. When the lift along the front is strong, thundersnow can be produced.

Though snowstorms are usually forecast several days in advance, snow squalls typically are not. Roads can become slick as the snow rapidly accumulates; coupled with winds more than 50 mph, visibilities can be low, making travel hazardous. Squalls develop almost anywhere; however, they tend to be most common in the Great Lakes. Although they can create blowing snow, strong winds, and low visibilities, they do not meet the criteria to be classified as a blizzard.

Snow squalls can sometimes produce lake effect snow, though a lake effect event can last several hours. Lake effect snow is forecast across western New York on Thursday as a disturbance moves through the region. This area is notorious for the development of snow squalls. 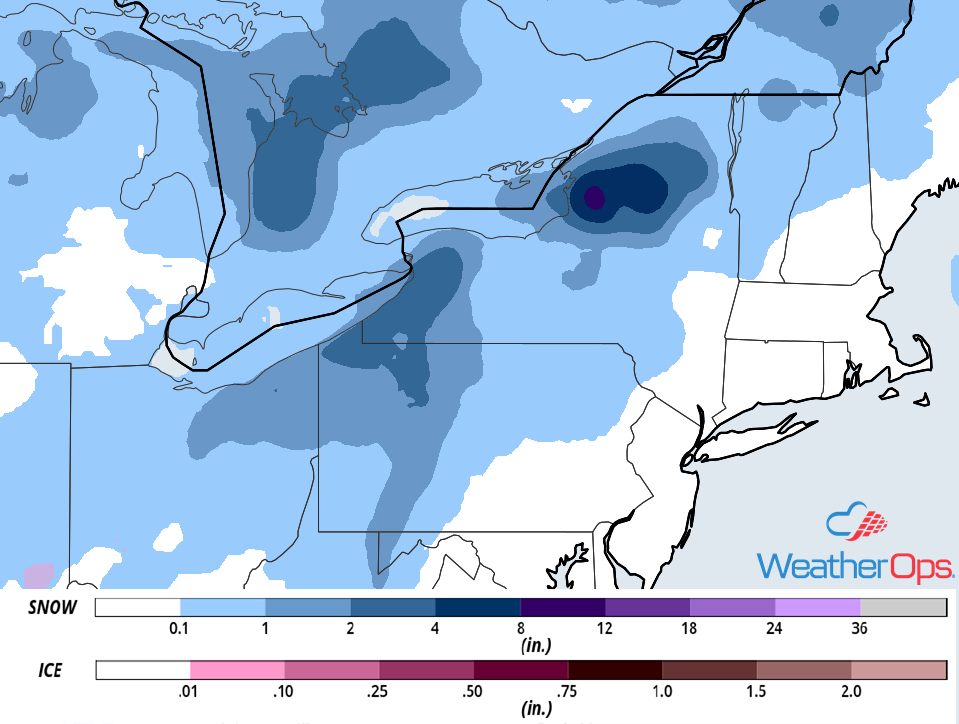 There are a few things you can do to stay safe if you're caught in a snow squall. While driving, pull off to the side of the road and wait for it to pass. If you have to travel while it is ongoing, slow down and turn on your headlights and hazard lights. Avoid sudden braking; this can cause you to lose control of your vehicle.

In January 2018, National Weather Service offices in the Northeast, Michigan, and Wyoming began issuing snow squall warnings. These warnings are issued when visibilities due to the squalls are expected to be reduced quickly. Some local offices work with Departments of Transportation in their states to activate road signs when a snow squall warning is issued for that area.