Rime Ice or Hoar Frost? There is a Difference!

Have you ever stepped outside and all the trees and surfaces are covered with frost? If you look close enough, it sometimes resembles sharp spikes, and other times it may appear to be flat crystals. One of these is hoar frost, the other is rime ice. Many confuse the two, so let's dig a little deeper into what you may be observing.

When supercooled droplets freeze and attach onto an exposed surface, you get rime ice. It can be classified as either hard or soft. All objects impacted need to be at 32°F or below causing the liquid to freeze instantly.

Hard rime is often very dense, and an entire tree may be coated evenly with it, as seen in the image below. This type of ice occurs due to freezing fog when wind speeds are high, and temperatures are in the range of 17-28°F. 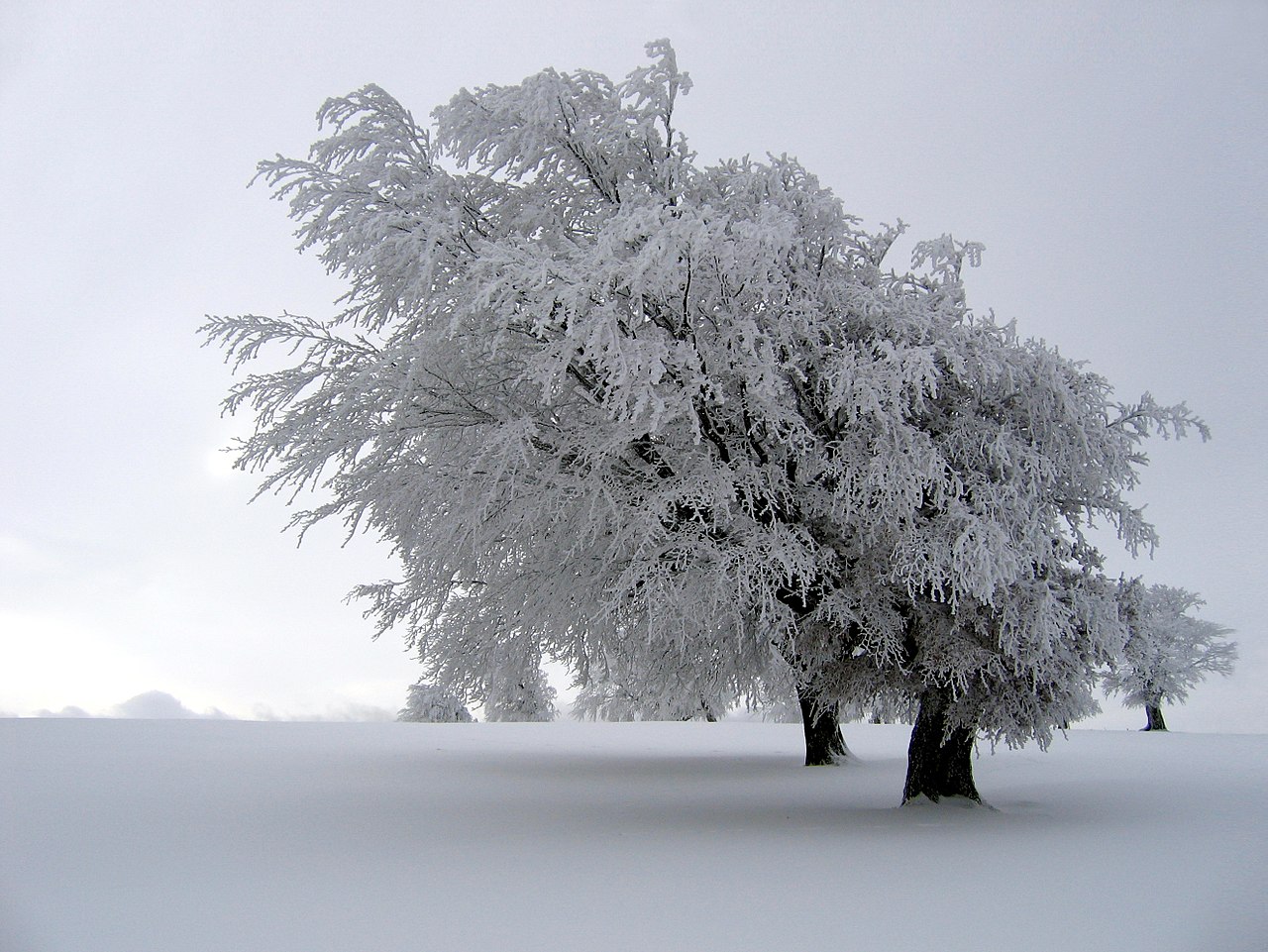 On the other hand, soft rime is not as thick and may appear fragile or sugary. When you take a close look, you can see how it has individual spikes. It is more likely to happen during a freezing fog when winds are calm. 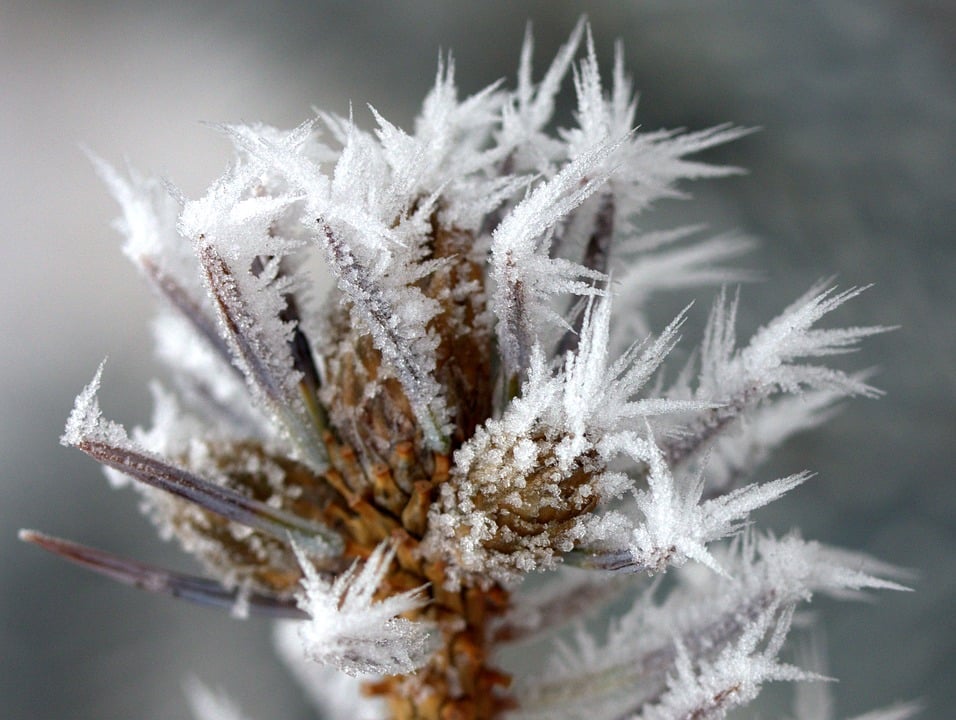 On a calm, clear night, ice crystals may attach to grass, leaves, and branches. Humid air will skip the droplet stage and go straight to crystallizing. When the sky is clear, the temperature can quickly drop since there are no clouds providing insulation. As the surface of a snowfield rapidly cools, the interior ends up warmer than the exterior. This heat will radiate out along with humidity from melting snow, and the moisture then contributes to the growth of the frost. 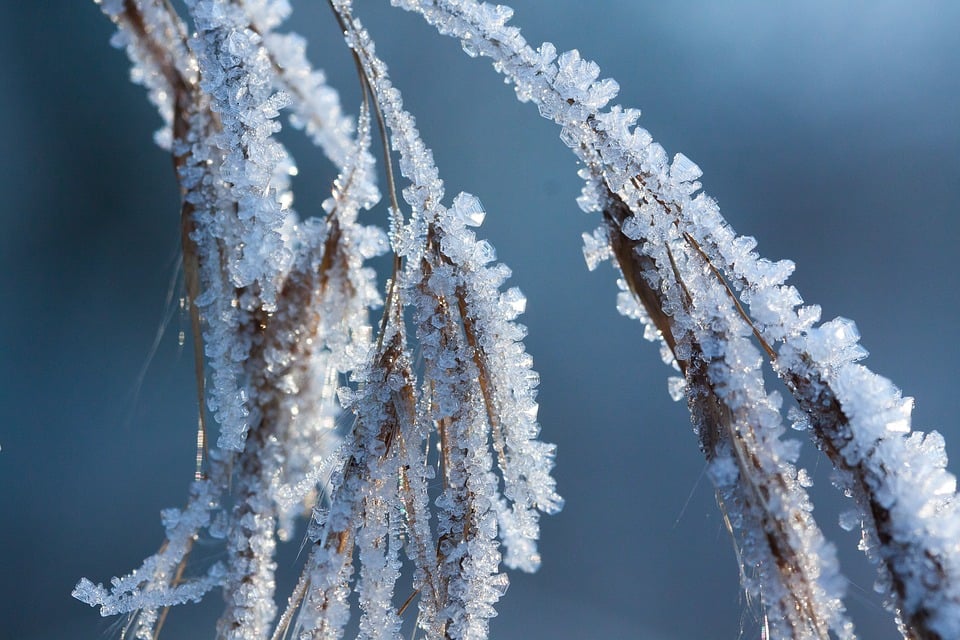 The name originates from Old English where hoar is defined as "showing signs of old age." It was thought to make trees resemble a white beard though its feathery or hairy appearance. Winds will quickly destroy the frost as will the rising sun. 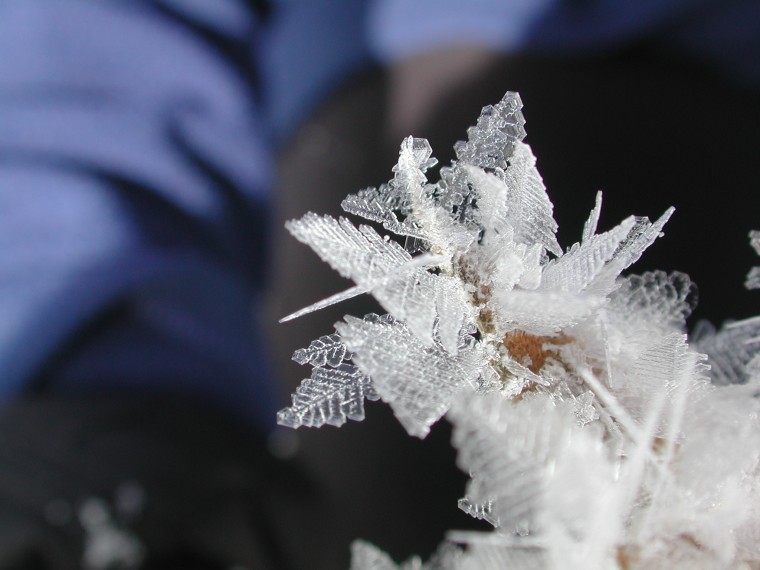 All types of ice can be hazardous. Flying through a cloud of supercooled droplets will lead to rime coating on aircraft wings, reducing lift, and adding drag. It can also be dangerous to drivers if the ice forms on roads or bridges. Surface hoar frost can lead to a higher avalanche risk. When fresh snow falls on a layer of these fragile crystals it is unable to form a bond and slippage of the top layer becomes more likely. So, next time you see all the trees covered with frost, take a closer look and discover if it came from rime ice or hoar frost.