Have you ever looked at a RadarScope image and wondered what the associated weather would look like? Sometimes it is easy to understand what you are looking at on radar and sometimes it isn't. So, let's compare some RadarScope data with real life images. 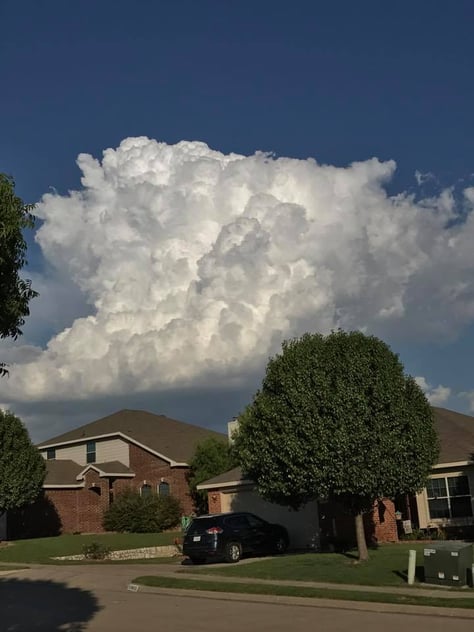 Here we see the everyday cumulus cloud on its way to possibly becoming a cumulonimbus. The radar reflectivity image shows a cell with very bright colors, showing the intensity of this developing thunderstorm.

In early July, a tornadic supercell paved a path through North Dakota. In this dual-pane loop, you can easily see the hook echo as it rotates into the storm on reflectivity. The velocity image shows very strong rotation lined up with the hook. The tweet shows a picture of the storm at the same time it was passing Hillsboro. In this case, the RadarScope data is actually more impressive than the photo. Rain blocked the finer details of what was going on within the storm. 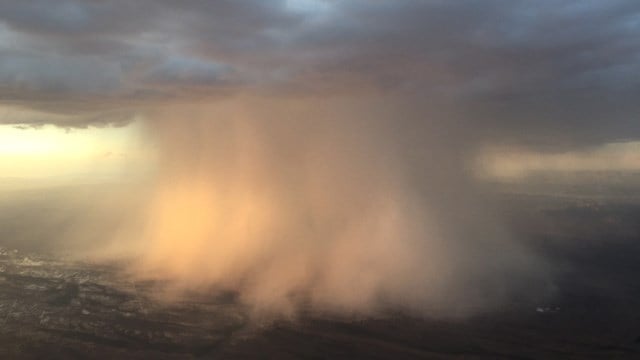 You don't experience a downburst everyday, and for those in the vicinity this is a good thing! A downburst occurs when a storm collapses. Think of it as if you had dropped a water balloon on the pavement with water going out in every direction. As rain and wind hits the ground, it spreads out and can cause a lot of damage. Look at the radar loop of velocity data and watch for the sudden green area spreading out near Newcastle. While this photo isn't from the same event, you can see what one looks like from the air. A microburst is a smaller scale downburst that is less than or equal to 2.5 miles in diameter. These can be either wet or dry. The image and data show an example of a wet microburst. In a dry microburst, the rain evaporates as the air descends quickly. 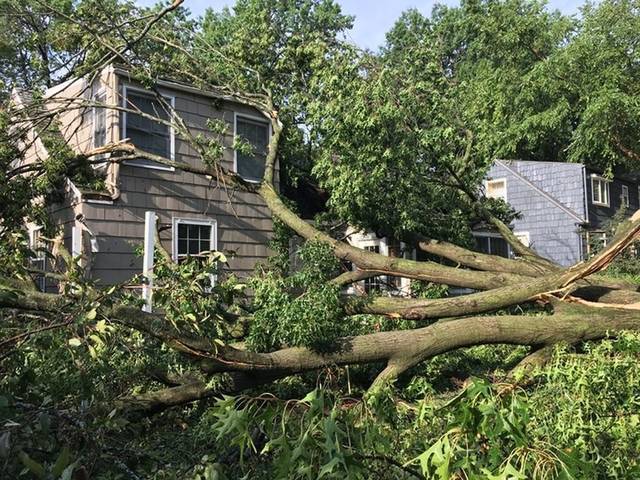 Straight line winds can be caused by multiple types of storms. They might be from a downburst, bow echo, or an intense squall line. When viewing the storm on velocity, you can see a strong area of winds depicted in bright blue on this loop. There is no rotation going on as there is no combo of red and green signatures like we saw in the above Supercell data. While damage from these events can be just a strong as a tornado, the visible debris pattern will vary. In tornado damage, you will see converging debris. During a straight line event, you will notice that all the debris has fallen in the same direction as the wind blew. 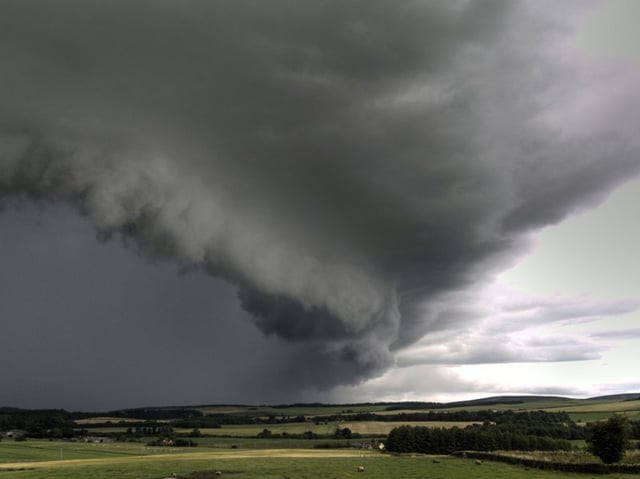 Thunderstorm outflow boundaries can show up as thin lines expanding from the main storm area. This happens when  rain cooled air from the core of the storm hits the ground as it descends with the precipitation. As the cooler air hits the ground it spreads out. In conditions with little wind, this outflow may show a nearly circular appearance. Many times, outflow boundaries from multiple storms will collide and cause more storms to form. While the boundary may contain bugs and dust, it can also appear as an arcus or shelf cloud and bring very gusty winds. These scary looking clouds (SLCs) can appear menacing, but are not in an area of the storm where you'd find strong tornado formation potential. You can be sure when you see one of these approaching that not only will you get windy conditions, but rain is not far behind.

Every evening in the summer, bats leave their caves looking for dinner. There are some fairly large bat caves near Austin. In this radar image, you can see the Bracken Bat cave which is home to more than 15 million bats! When they leave, they definitely show up on reflectivity. It can be a little confusing when they emerge and there are thunderstorms in the area. In the video, you'll get an idea why they would show up. That is a LOT of bats!

Are you interested in precision mobile radar data? RadarScope offers a basic app and two tiers of data. In the first tier, you get longer loops, lightning data and additional tools to delve into your data. Tier 2 offers a 30 day archive along with hail signatures and tornado probabilities. Download it today!