An area of low pressure moving along the periphery of the Upper Midwest will allow for the development of strong to severe thunderstorms on Monday. Tropical Depression Eight is expected to move toward the North Carolina coast throughout the day. Invest 99L has been upgraded to Tropical Depression Nine and is currently moving eastward into the eastern Gulf of Mexico, bringing the potential for heavy rain across portions of Florida Monday through Thursday. Monsoonal thunderstorms and excessive rainfall will be possible for Monday and Tuesday. Across the Gulf Coast, showers and thunderstorms posing an excessive rainfall risk are likely Monday and Tuesday ahead of a weak area of low pressure. A cold front tracking through the Midwest will bring the potential for thunderstorms to portions of the Midwest.

Ongoing convection in northern Minnesota and northern Wisconsin should continue to weaken during the course of the morning. However, a continuing threat for marginally severe hail will continue with the strongest storms. Later today, a weak upper level trough will move over the region as a cold front enters from the west. Instability will be sufficient for the development  of a few strong to severe thunderstorms. This activity should commence from southwestern Minnesota to northern Wisconsin as early as midday; activity will shift southeast ahead of the front and should continue into the evening hours. The strongest storms could produce some hail larger than 3/4 in diameter and damaging winds in excess of 60 mph. 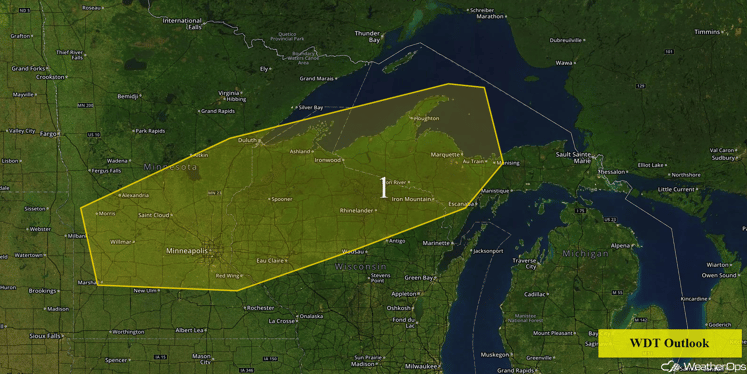 An upper level low over the northwestern Gulf of Mexico will continue to produce scattered to numerous showers and thunderstorms this morning. Localized wind gusts in excess of 40 mph and waterspouts remain the primary hazards from the stronger storms. Thunderstorm activity is expected to diminish somewhat by mid afternoon. 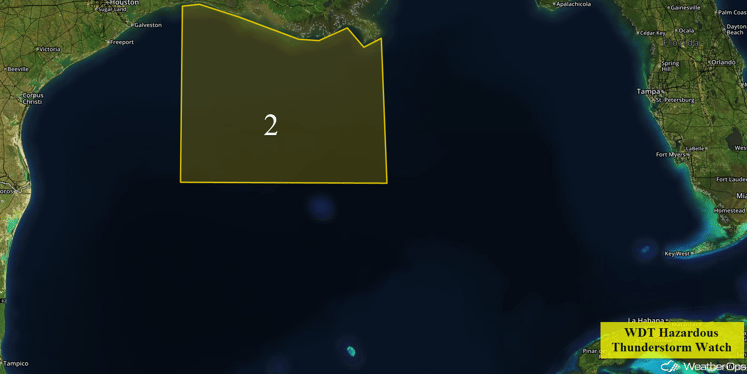 Invest 99L has been upgraded to Tropical Depression Nine and is currently meandering westward into the eastern Gulf. While conditions are not overly favorable for strengthening on Monday, increasing showers and thunderstorms may pose a small threat for excessive rainfall across the Florida Peninsula. Two day rainfall amounts of 2-4 inches with locally higher amounts possible. 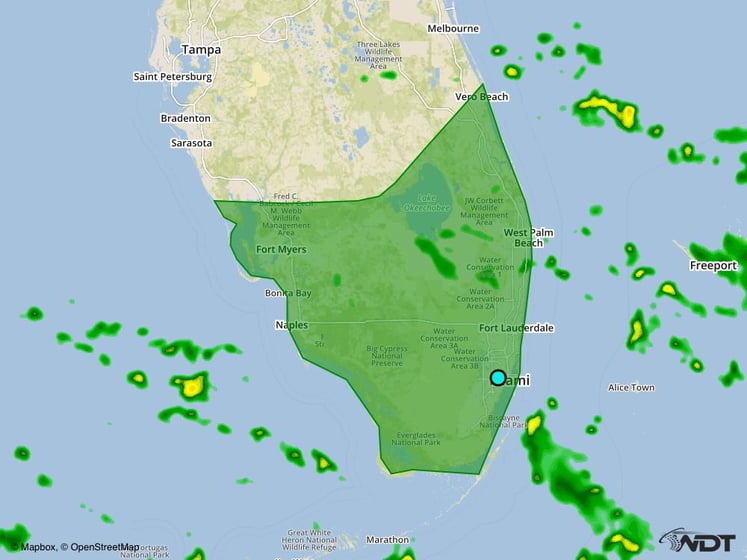 A risk for excessive rainfall is forecast across portions of New Mexico and West Texas on Monday and Tuesday. Scattered showers and thunderstorms will allow for a small risk for flash flooding and local runoff.  Two day rainfall totals of 2-4 inches will be possible. 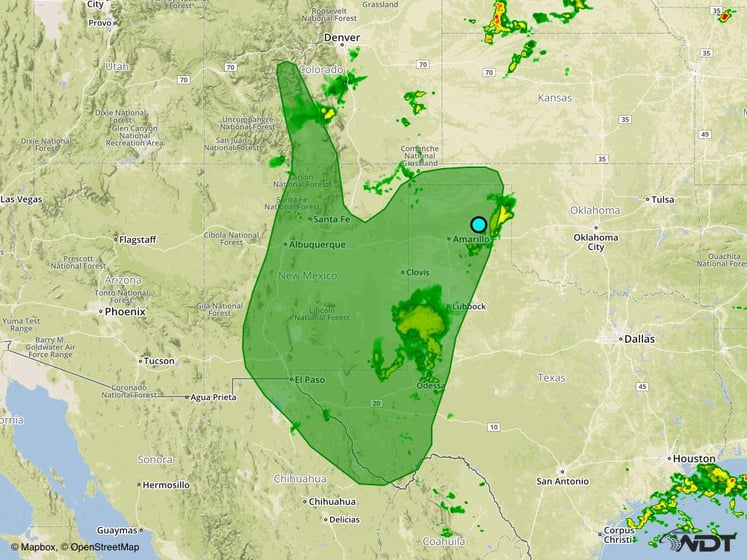 Excessive Rainfall Possible along the Gulf Coast on Monday

A weak area of low pressure along the Gulf Coast is expected to contribute to showers and thunderstorms during the day on Monday. They heaviest activity will be likely during the afternoon and evening hours with the peak of daytime heating. Total rainfall amounts through early Tuesday morning could reach or exceed 2 inches in some areas with a small threat for flooding and local runoff.

Strong to Severe Thunderstorms Possible across the Midwest on Tuesday

A cold front will continue tracking southeastward on Tuesday with another round of strong to severe thunderstorms possible across the Midwest. Primary impacts will include isolated instances of severe wind and large hail.

Tropical Depression Nine is expected to become better organized by the middle of the week with increasing thunderstorm activity likely. Some of this activity will overspread Florida throughout the day and night with potential for some areas to receive 1-3 inches of total rainfall through early Thursday. 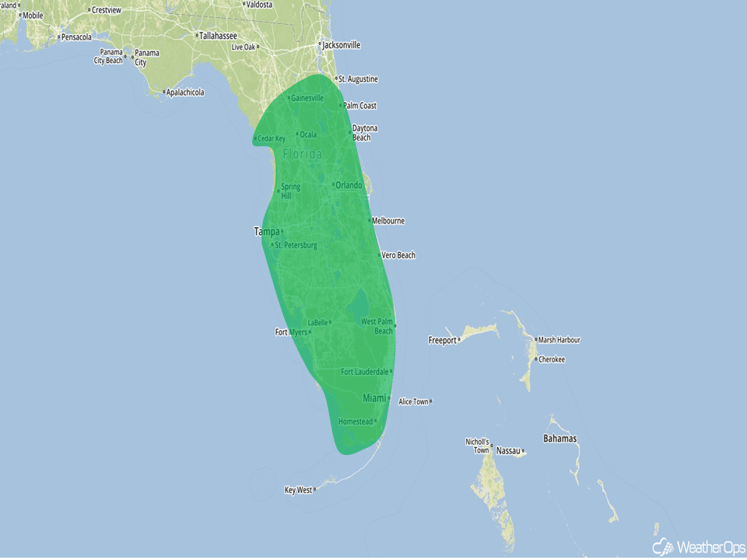 Tropical Depression Nine will continue to move northward through Thursday, bringing heavy rain to portions of the Mid Atlantic Coast. This heavy rain will bring the potential for flooding and local runoff for portions of the Carolinas and far eastern Virginia.