Tropical Storm Force Conditions for Eastern North Carolina Wednesday
Maria is moving slightly east of due north but an approaching trough will support a gradual turn to the northeast over the next 24 hours. This change in direction will allow the western periphery of minimal tropical storm force winds to exit the Outer Banks of North Carolina within the next 12-24 hours. Dry air along the western edge of Maria's circulation is significantly hindering any shower activity that attempts to cross the coast.

Excessive Rainfall Continues Wednesday and Thursday for Portions of Texas
The combination of a slow moving cold front, an upper level trough, and warm moist air flowing into the region will allow widespread showers and thunderstorms over a wide area from western New Mexico into western Texas. Some of this rainfall will occur on ground already saturated from rain earlier in the week. Rain will continue into Wednesday with two day rainfall amounts of 1-3 inches with locally higher amounts in excess of 6 inches expected. This will lead to the potential for flooding. 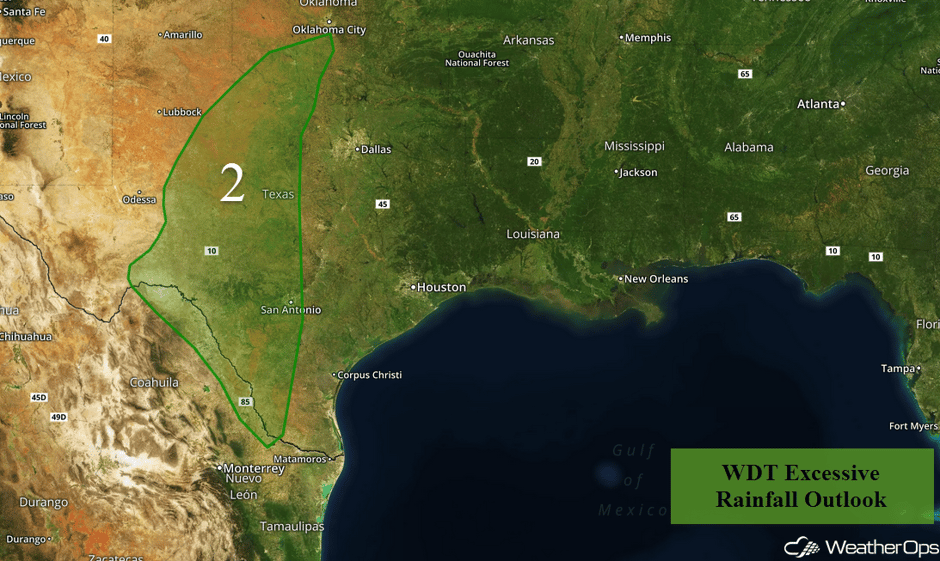 Thunderstorms for Portions of the Northeast on Wednesday
There will be a chance for strong to severe thunderstorms across portions of the Northeast during the late afternoon and early evening on Wednesday. A cold front currently pushing through Ontario will move into the region later this afternoon and scattered thunderstorms are expected ahead of the front. A few lines of storms may develop with strong winds and hail the primary hazards. The threat will likely diminish during the evening as the front pushes through the region.

Tropical Update
Tropical Storm Maria (green oval) is 155 miles east of Cape Hatteras, North Carolina and is moving northward at 5 mph. A turn to the north-northeast is expected later today followed by an acceleration to the east-northeast on Thursday. On the forecast track, Maria's center will begin to slowly move away from the coast of North Carolina later today and tonight. Maximum sustained winds are near 70 mph with higher gusts. Some gradual weakening is expected during the next couple of days.

Hurricane Lee (red oval) is 485 miles east-southeast of Bermuda and is moving northwestward at 7 mph. This motion is expected to continue today. Lee should turn to the north on Thursday and accelerate to the northeast on Friday. Winds have increased to near 115 mph with higher gusts. Slow weakening is forecast during the next 48 hours. 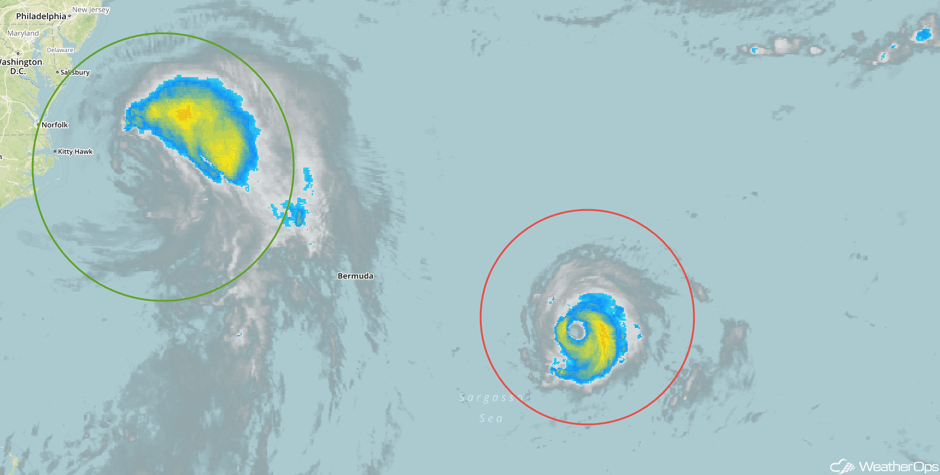