A cold front pushing through the New England region on Wednesday will allow for the development of thunderstorms. Heavy rain and flooding will be likely along the Southeast Coast as a result of Tropical Storm Julia. Thunderstorms will also be possible across portions of the High Plains. Going into Thursday, strong to severe thunderstorms may develop across portions of the Central and Northern Plains as an upper level trough moves across the Plains. As Tropical Storm Julia lingers off the coast, heavy rain is expected along the coast of South Carolina.

Tropical Storm Julia is expected to slowly track northward through southeastern Georgia over the next day or so. Julia will gradually weaken into a depression by Wednesday afternoon due to land interaction and increasing wind shear. Tropical storm force conditions will be possible offshore southeastern Georgia, with sustained winds of 40 mph and higher gusts possible. Winds are forecast to gradually relax into Thursday as the storm dissipates over land. Rough seas across the area will gradually decrease as the storm weakens over the next day or so.

A developing trough over the Colorado Front Range on Wednesday should promote the development of showers and thunderstorms late in the day and perhaps just after dark from as far north as Montana to as far south as New Mexico. Some storms could become marginally severe with a low threat of severe wind and large hail, primarily after dark.

Update 1:10pm MDT: Severe thunderstorms developing SE of Albuquerque. Damaging winds will be the primary hazard with these storms. 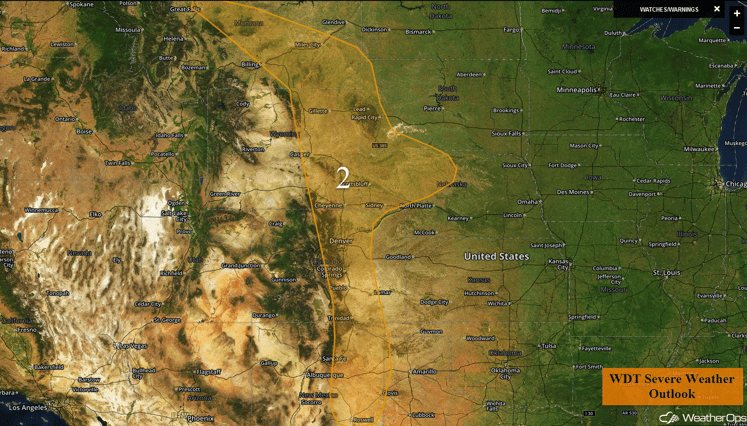 A passing upper level trough will bring increasing showers and thunderstorms across New England this afternoon and evening. A few storms may become marginally severe with a low threat for severe wind. Otherwise, storms should weaken or move out of the outlook area by nightfall.

There will be a chance for strong to severe thunderstorms across portions of the Central and Northern Plains on Thursday. An upper level trough will move over the Plains during the day, which will aid in the development of an area of low pressure over the Dakotas. Warm and moist air will spread over the region by the afternoon and morning showers will dissipate, providing an environment favorable for the development of severe thunderstorms. Thunderstorms are expected to develop during the afternoon and evening before tracking eastward. This activity should be scattered in nature. Primary hazards will be large hail and damaging winds, with a couple tornadoes possible as well. 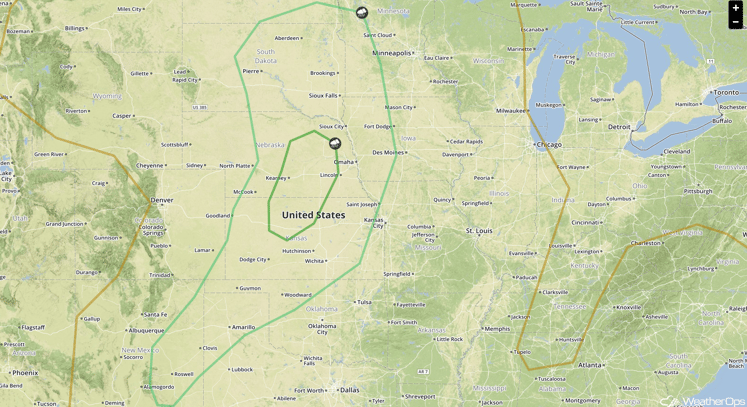 The effects of Tropical Storm Julia will linger along the South Carolina coast on Thursday, which will bring a chance for flash flooding across the threat area. Rainfall totals of 1-3 inches and locally higher amounts in excess of 4 inches will be possible within the threat region through Thursday. 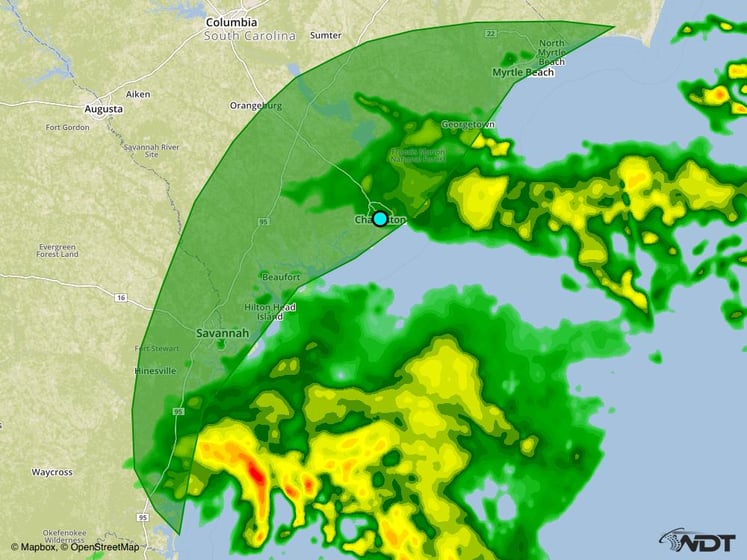 Tropical Storm Julia (red oval) is continuing to move toward the north-northeast with slow and erratic motion expected over the next couple of days. Julia is expected to meander near the Georgia and South Carolina coastlines through Thursday. Maximum sustained winds are near 40 mph with higher gusts. Weakening is expected with Julia expected to become a tropical depression overnight.