National Weather Summary for Wednesday, May 31, 2017

Risk for Thunderstorms Wednesday from the Northeast through the Mid Atlantic
A marginal to slight risk of isolated strong to severe thunderstorms will be possible across the Northeast US today with the highest potential located from eastern New York southward into New England. Instability will increase throughout the day along a trough of low pressure combined with moderate wind shear. As a result, thunderstorms are likely to develop during the afternoon and early evening. The primary hazards with the strongest storms will be strong wind gusts and large hail. Toward the evening hours, the threat of large hail will decrease as storms merge into a squall line. A brief, isolated tornado cannot be ruled out. 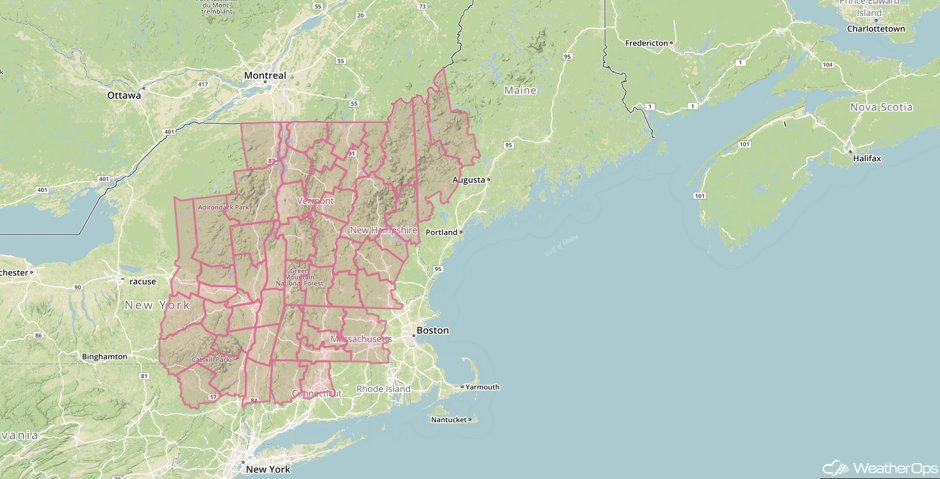 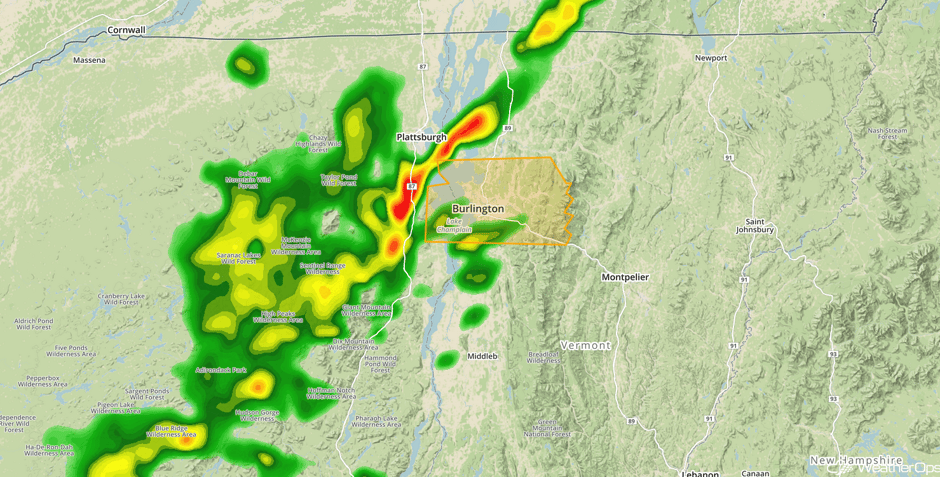 Thunderstorms for the Central Plains on Wednesday
A few isolated severe thunderstorms capable of large hail and damaging winds may develop across the region this afternoon and evening. A stalled front will be the focus for the development of thunderstorms. While there are currently thunderstorms ongoing along the front from western Missouri into Kansas and Nebraska, storm intensity is likely to increase throughout the day. Isolated strong storms are likely to persist this afternoon through the evening. 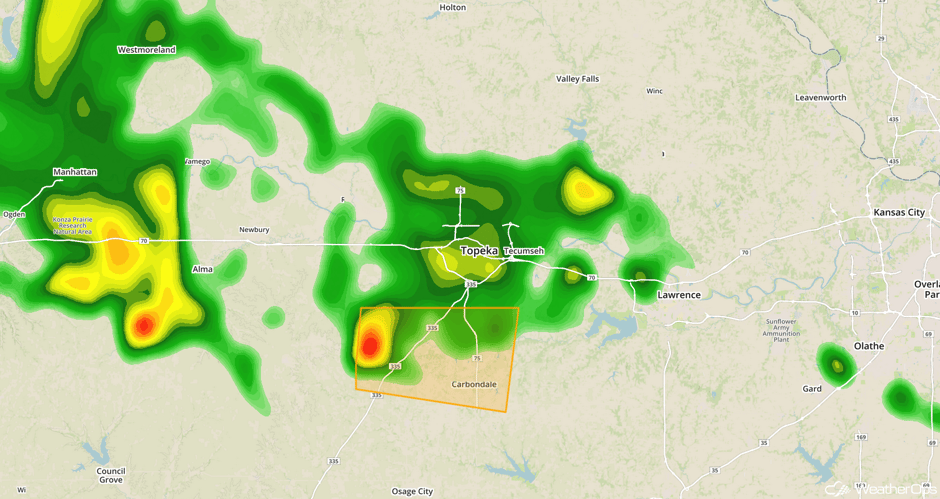 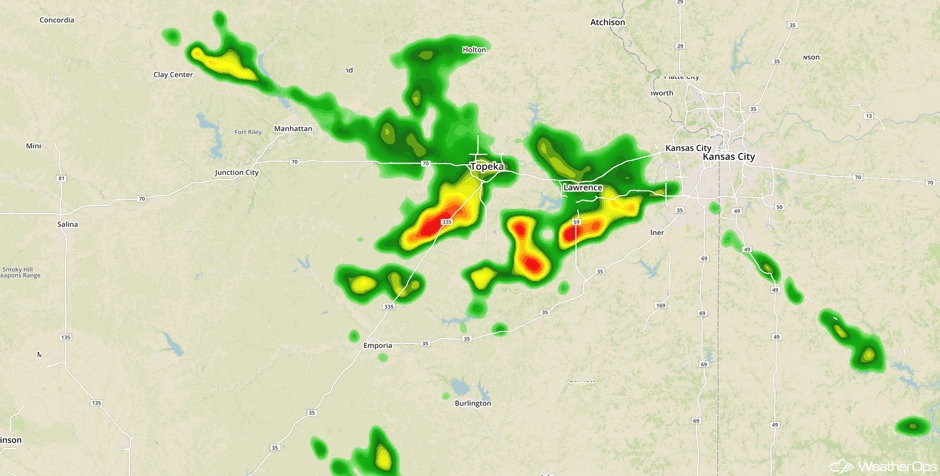 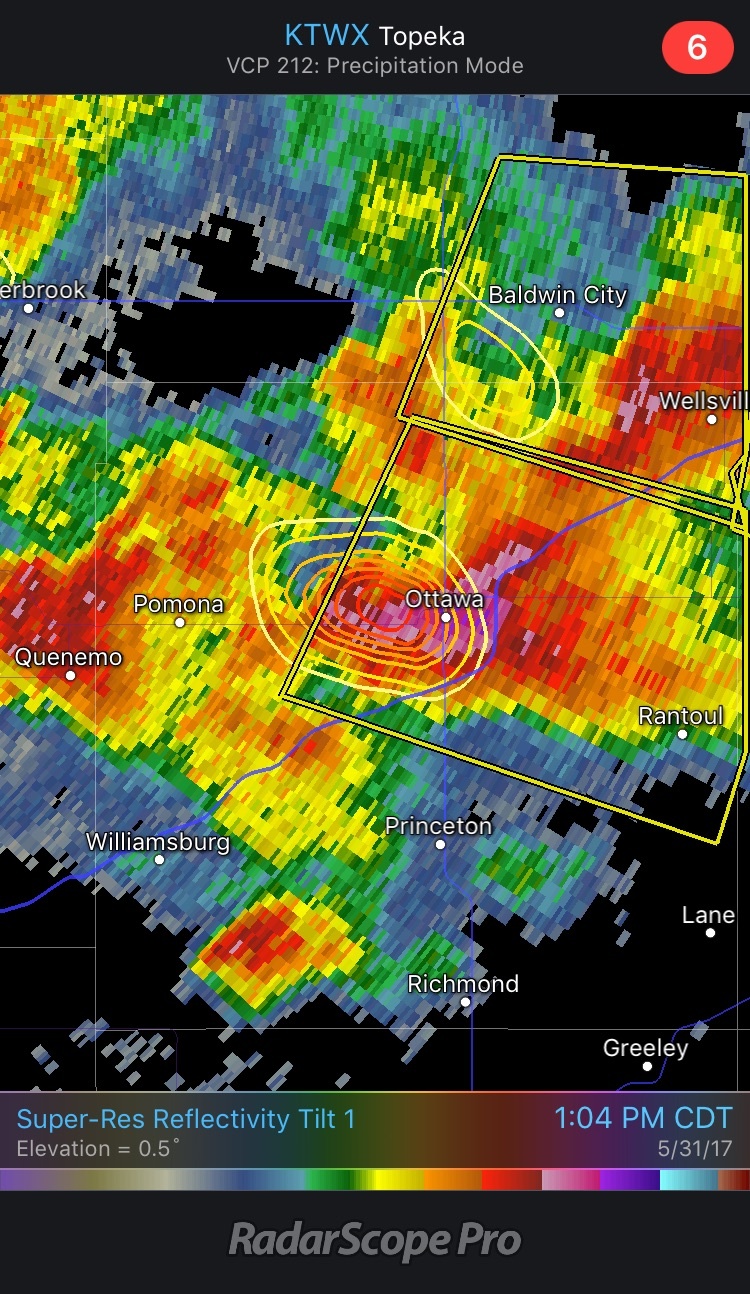 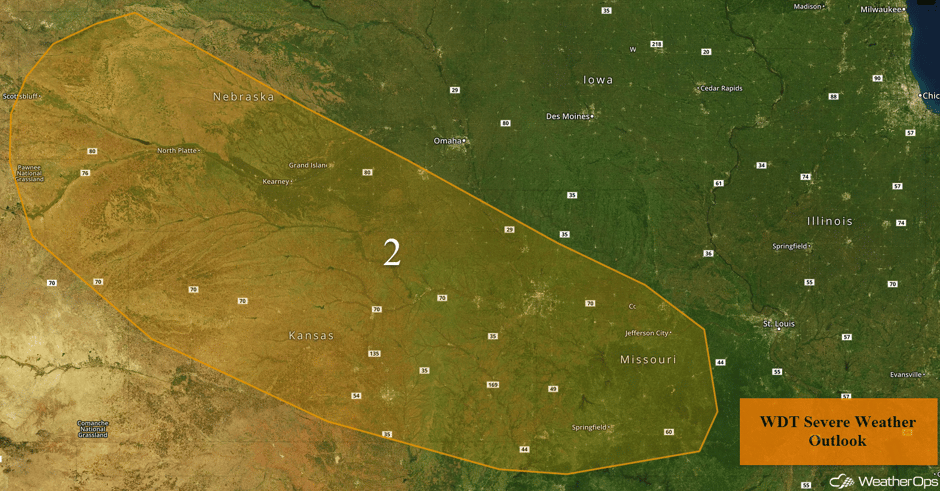 Potential for Thunderstorms Wednesday across Southwestern Texas
Widely scattered showers and thunderstorms are ongoing across portions of southwest Texas. This activity is in response to plentiful low level moisture and instability across the region. Later today, storms are forecast to become aided by an upper level system arriving from Mexico. Additional storms are likely to develop across the high terrain of northern Mexico before advancing northeastward through southwest Texas late this afternoon and evening. Large hail, damaging winds, and heavy rain will be the primary hazards with these storms.

Strong to Severe Thunderstorms Possible for the Northern Rockies on Wednesday
A marginal threat of a few strong to severe thunderstorms will exist across portions of the Pacific Northwest on Wednesday. An upper level system will bring cold air aloft, aiding in destabilization. Gusty winds in excess of 50 mph will be possible with any organized thunderstorm activity.

Thunderstorms for Portions of Texas on Thursday
A weak area of low pressure combined with plentiful moisture should allow for the development of thunderstorms across Texas on Thursday. Storms will likely develop during the afternoon and continue into the evening with large hail and damaging winds the primary hazards. 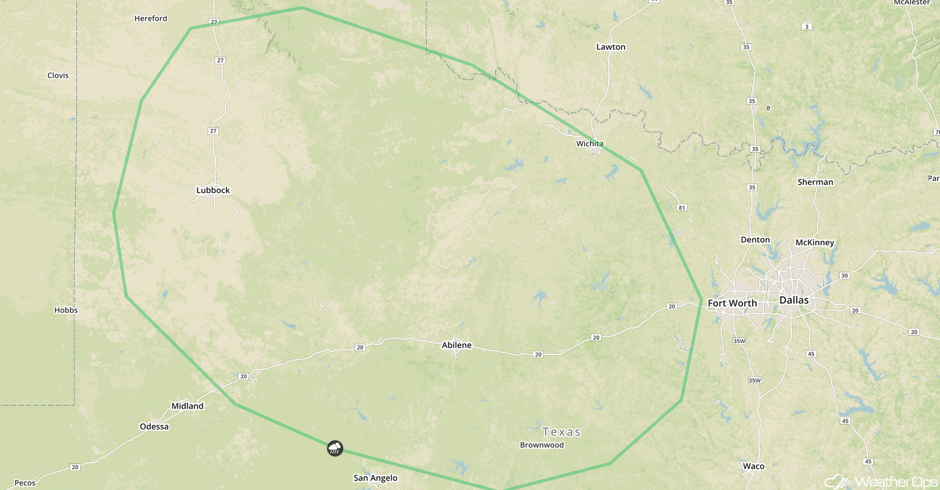 Risk for Thunderstorms across the Midwest on Thursday
Moisture will be plentiful as a warm front lifts northward across the region on Thursday. While instability will be rather weak, thunderstorms capable of producing hail may develop during the afternoon. 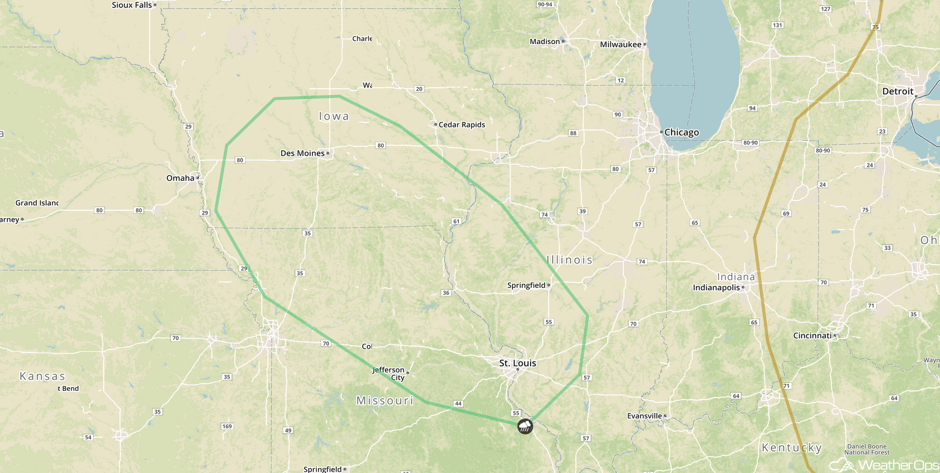 Further to the east across the Midwest, thunderstorms may develop along a warm front. Increasing moisture and wind shear will allow for some stronger storms during the afternoon and evening. The primary hazards with any storms that develop will be strong winds and large hail. 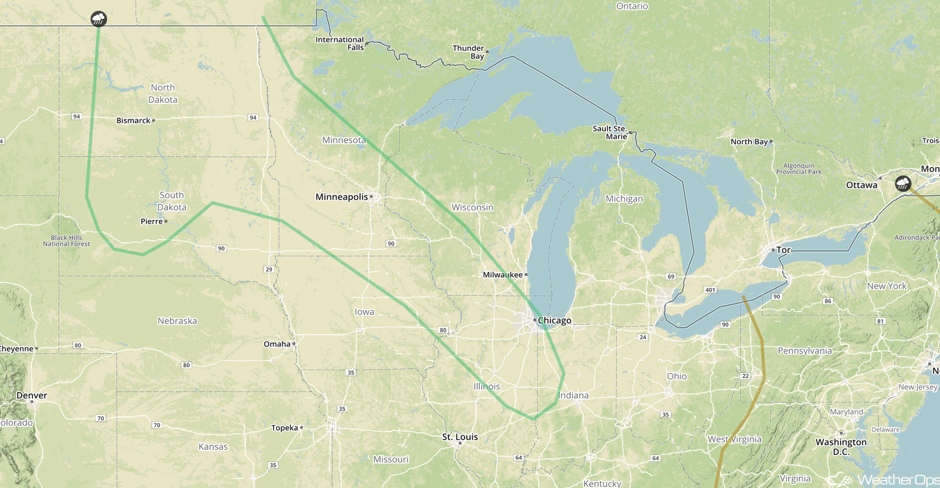