National Weather Summary for Wednesday, May 16, 2018

Thunderstorms are expected to develop across portions of the Southern Plains on Wednesday ahead of a dry line. Upslope flow may lead to the development of thunderstorms across the High Plains. Excessive rainfall will continue for the Appalachians and the Mid Atlantic through Friday.

Thunderstorms for the Southern Plains on Wednesday
A stationary front is forecast to extend over Oklahoma and West Texas with a dry line setting up just to the east of the New Mexico border. Into the afternoon, moisture will increase ahead of the dry line; this moisture combined with daytime heating will allow instability to build. This instability will lead to the development of strong to severe thunderstorms during the afternoon. Thunderstorms will continue to progress to the east and south during the evening while maintaining intensity. Strong winds and large hail will be the primary hazards with these storms. 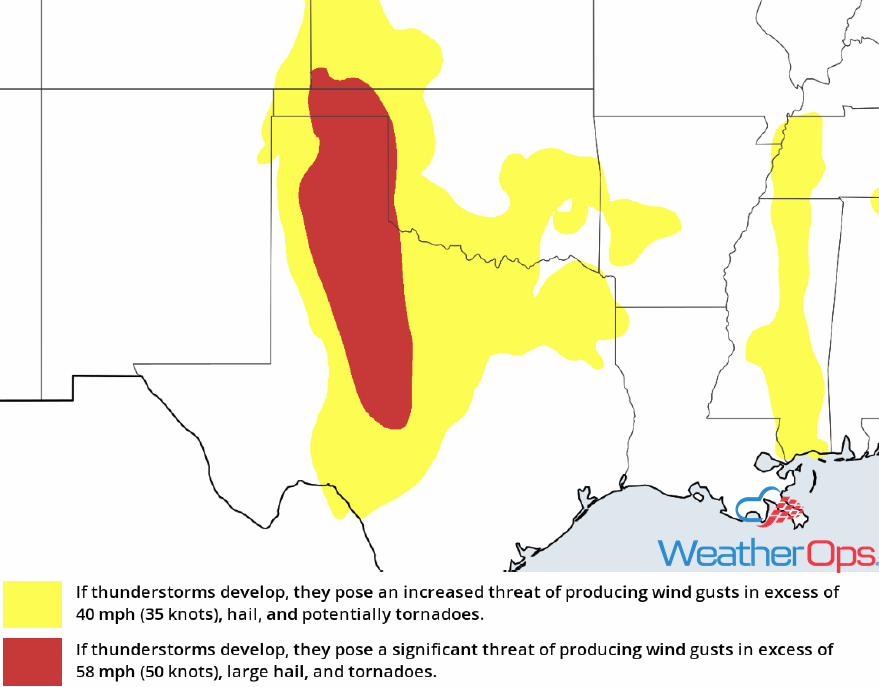 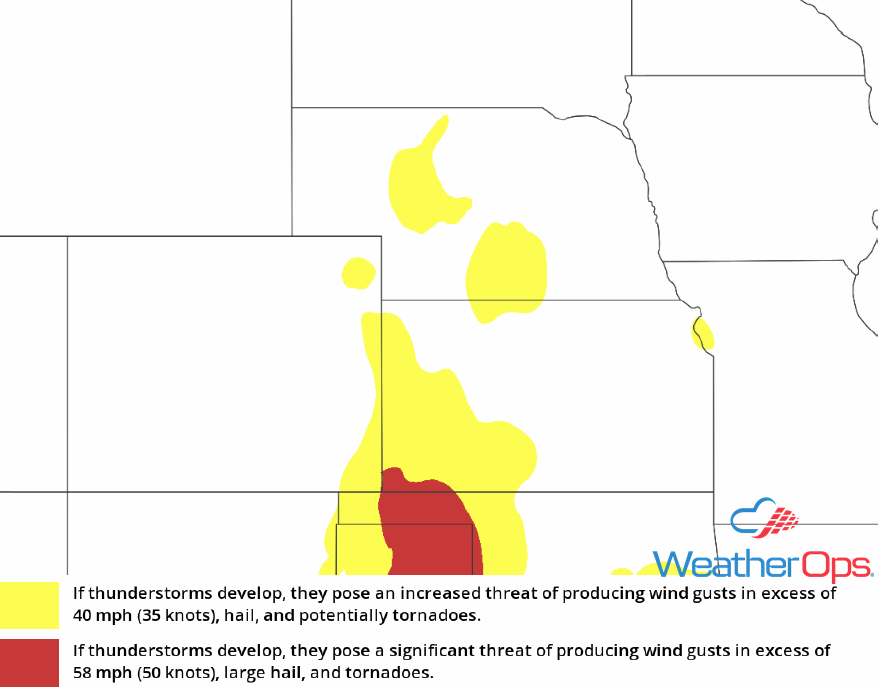 Excessive Rainfall for the Appalachians and the Mid Atlantic through Friday
Increased moisture and a stalled front from the Appalachians to the Mid Atlantic will bring the potential for heavy to excessive rainfall to the region over the next three days. An additional 1-2 inches of rain with locally higher amounts in excess of 3 inches are expected on Wednesday. For Thursday and Friday, a weak area of low pressure from the eastern Gulf of Mexico is forecast to move inland and track to the north-northeast over the Carolinas into the Mid Atlantic. With additional moisture and the front remaining in place, heavy to excessive rainfall is expected to continue. Accumulations of 2-3 inches are expected on Thursday with an additional 2-3 inches forecast on Friday. Given the heavy rainfall from Tuesday combined with the additional rainfall forecast over the next three days, flash flooding and flooding will be of concern across the region. 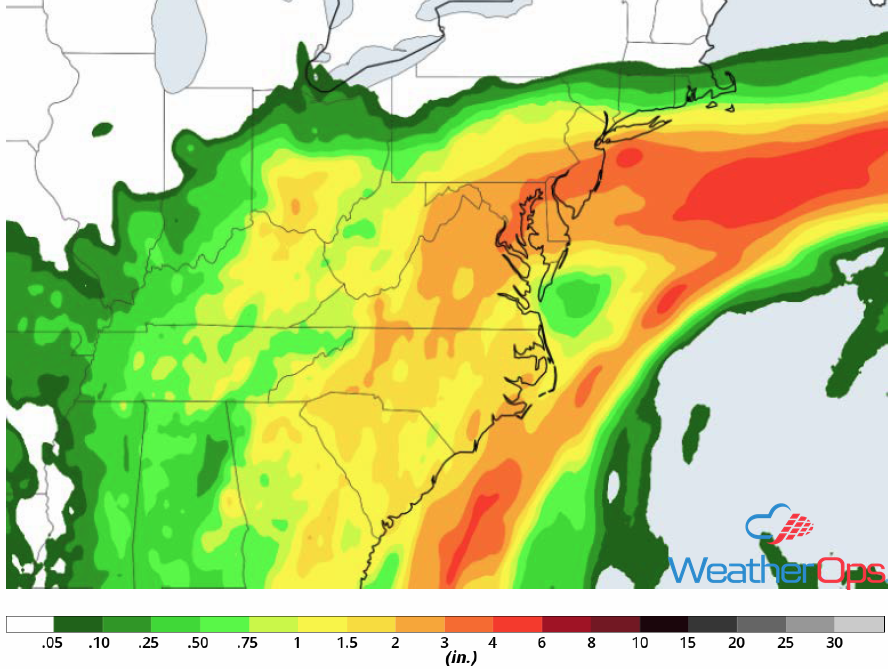 Continued Thunderstorms Thursday for the High Plains
Moderate instability is forecast to develop by the afternoon due to strong south-southeasterly flow. Upslope flow will provide lift, allowing for the development of thunderstorms. Activity will likely evolve into a linear system. Strong winds and large hail will be the primary hazards, but an isolated tornado cannot be ruled out. 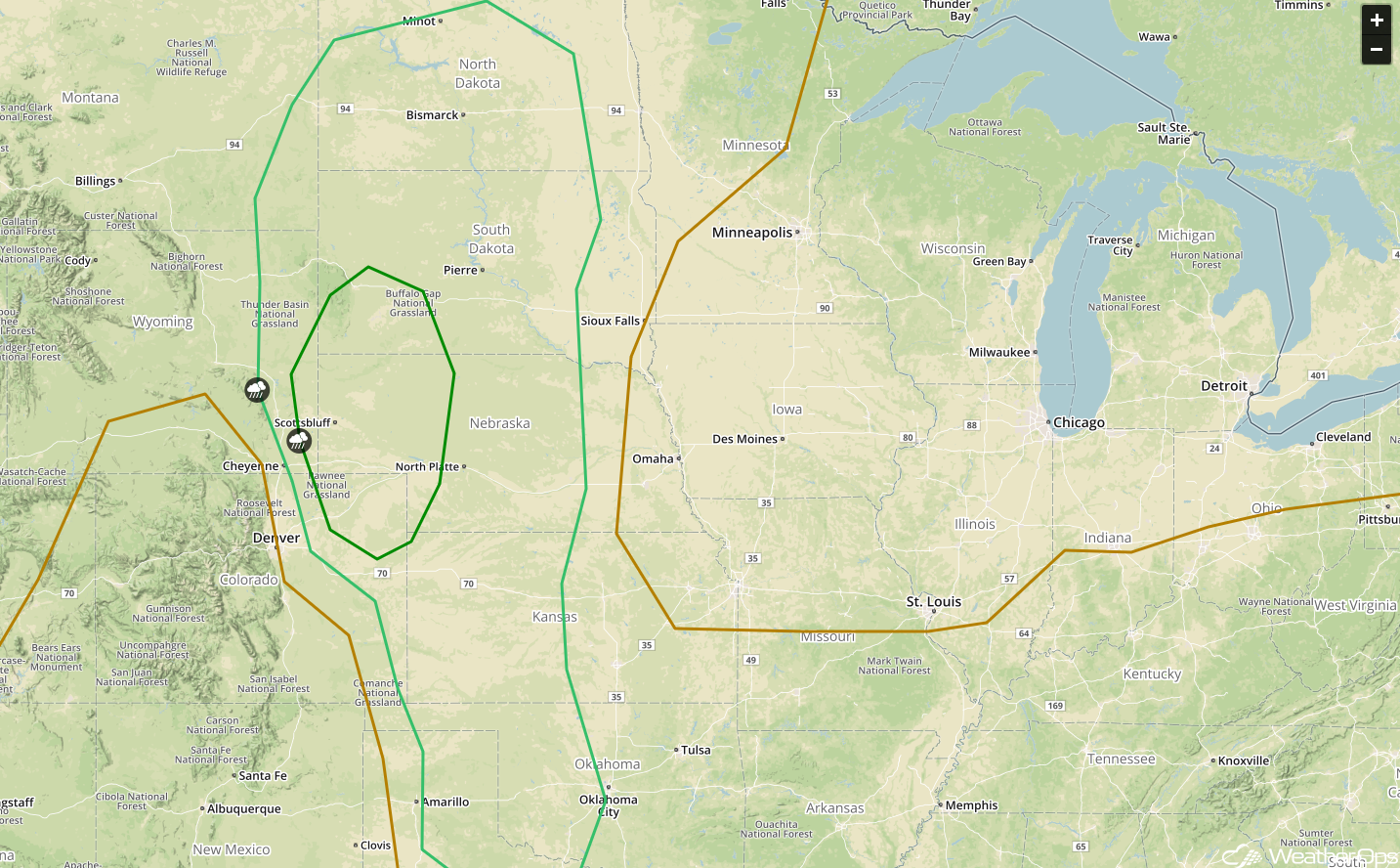 Thunderstorms Continue for the Southern Plains on Thursday
Moisture will increase through the afternoon to the east of a dry line. With daytime heating, instability should be sufficient for the development of thunderstorms across the Southern Plains. While support aloft is not as strong as areas to the north, strong to severe thunderstorms are forecast to develop. As storms develop, they will likely form clusters. Strong wind gusts and large hail will be the primary hazards, but there will also be the potential for heavy rain and frequent lightning. 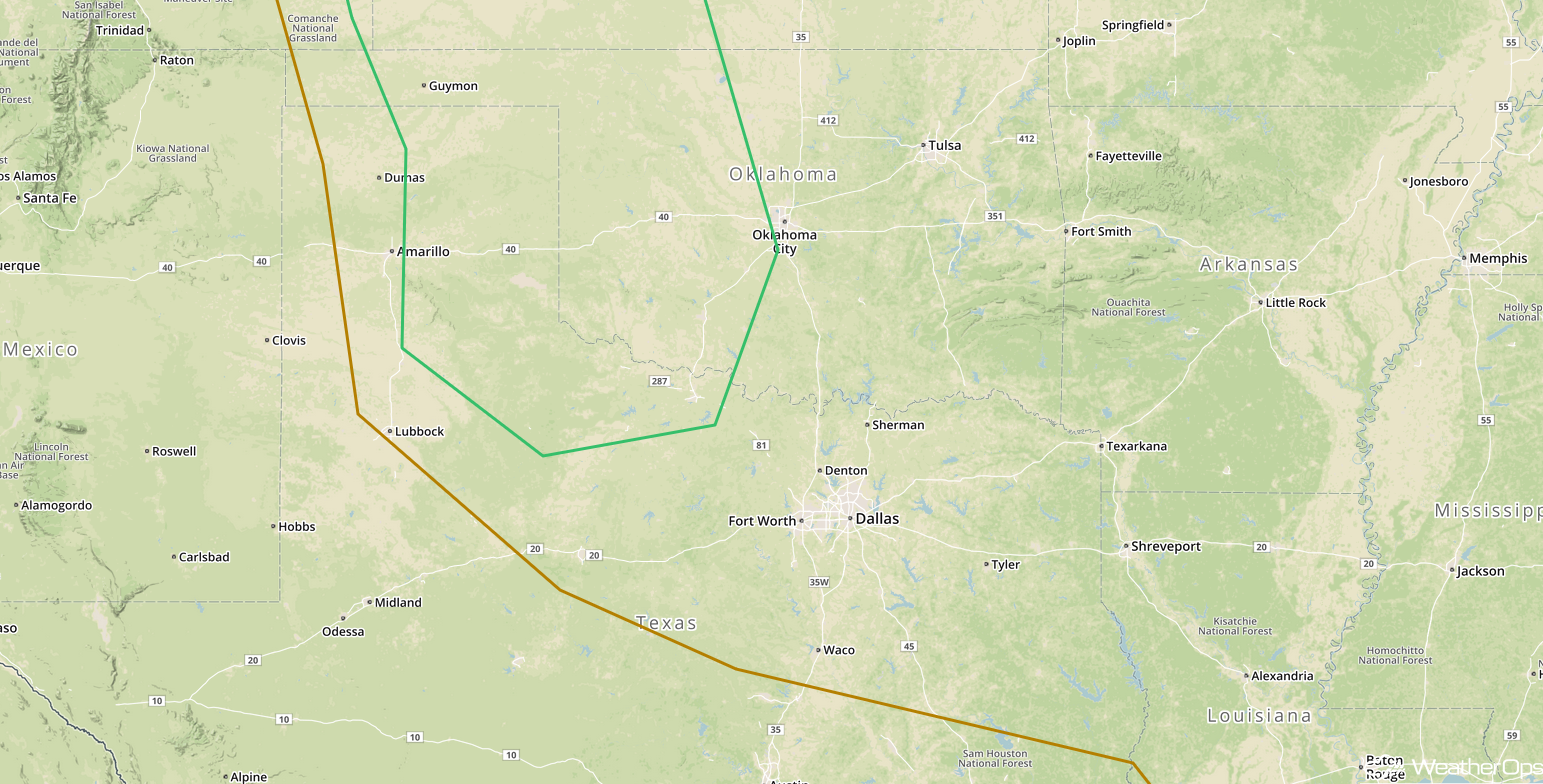 Risk for Thunderstorms Friday across the Central Plains
Building instability during the afternoon combined with a cold front progressing to the southeast will lead to the development of strong to severe thunderstorms over the Central Plains. Thunderstorms are forecast to develop during the afternoon and quickly evolve into a squall line as the cold front progresses to the east and southeast. Strong wind gusts will be the primary hazard, but there will also be the potential for large hail, frequent lightning, and heavy rain. An isolated tornado cannot be ruled out. 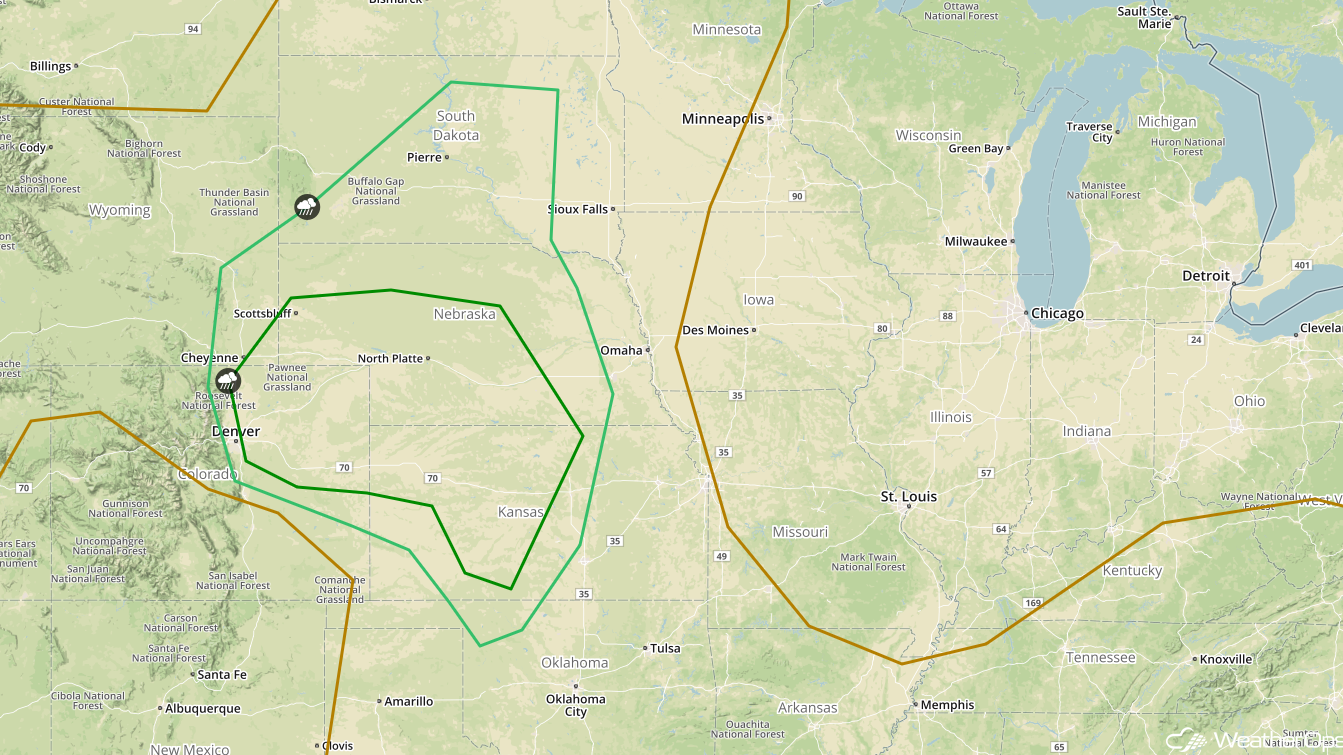 Tropical Update
A broad non-tropical area of low pressure located over the northeastern Gulf of Mexico is producing widespread cloudiness, showers, and thunderstorms across much of Florida, western Cuba, and the Bahamas. This system is forecast to degenerate into a trough of low pressure. Tropical cyclone development is not anticipated. 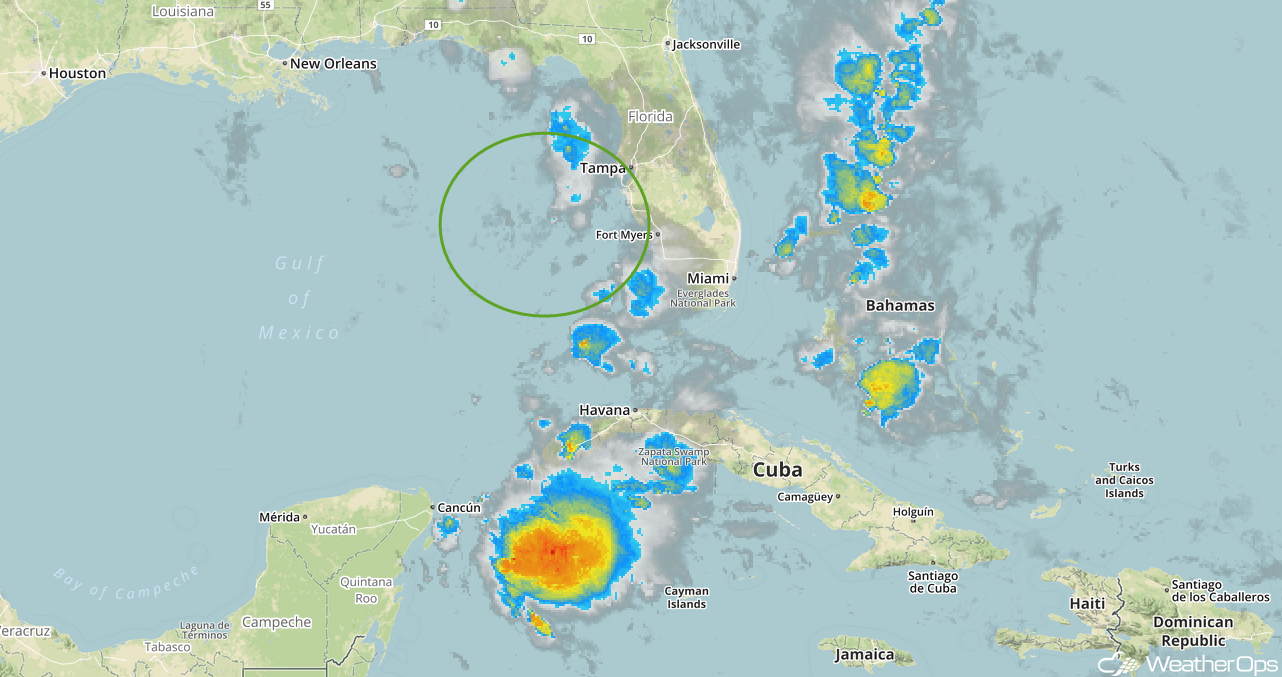