National Weather Summary for Wednesday, May 10, 2017

Severe Thunderstorms Expected Wednesday from the Great Plains to the Ohio Valley
An upper level low over the Four Corners region will allow for the development of strong to severe thunderstorms this afternoon and evening across Region 1. A few areas of thunderstorms are ongoing this morning from northwest Oklahoma into Iowa. This activity may produce severe winds and hail through the morning hours. Activity should redevelop or reintensify over eastern Kansas, northwest Missouri, and portions of Iowa this afternoon as daytime heating increases. Severe winds and hail will be the primary hazards with the stronger storms, although an isolated tornado or two cannot be ruled out. After dark, a lesser threat for marginally severe winds will continue into Illinois and Indiana as storms push off to the east.

Further south, moisture return will allow instability to increase across the Southern Plains. Scattered thunderstorms will develop across the Texas Panhandle this afternoon and will quickly become severe. Large hail, damaging winds, and isolated tornadoes will all be possible as activity spreads into western Oklahoma and southwest Kansas through the evening hours. Isolated storms may reach the Interstate 35 corridor between 7pm and 9 pm before weakening and dissipating. Additional storms may develop further south into the Del Rio region along a dryline. Hail and damaging winds will be the primary hazards with these storms.

Lastly, strong to severe thunderstorms may develop across the High Plains of Colorado and New Mexico. Large hail and severe winds will be the primary hazards with activity weakening after dark. 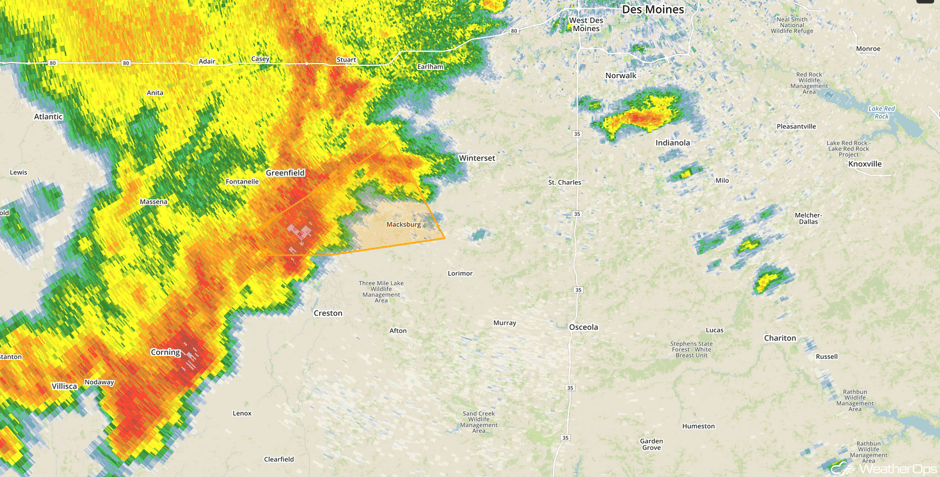 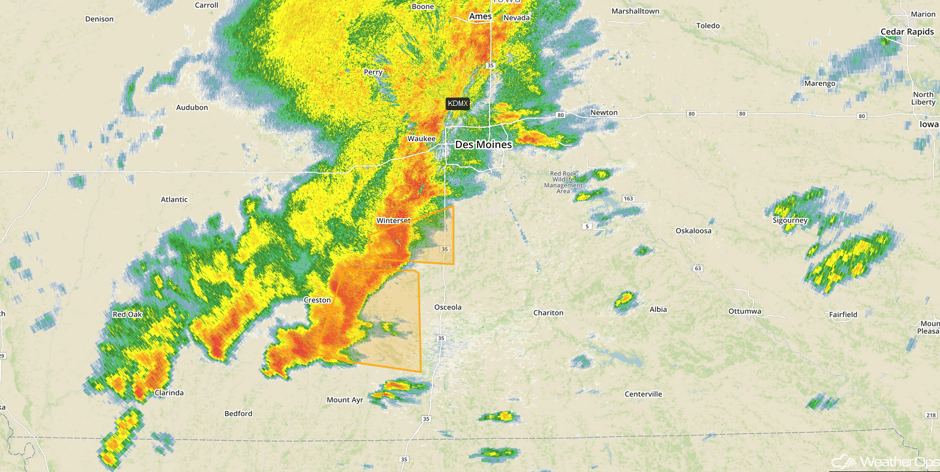 Update 1:05pm CDT: Severe Thunderstorm Watch in effect for portions of Illinois, Iowa, and Missouri until 8pm. Large hail, damaging winds, and tornadoes will be possible. 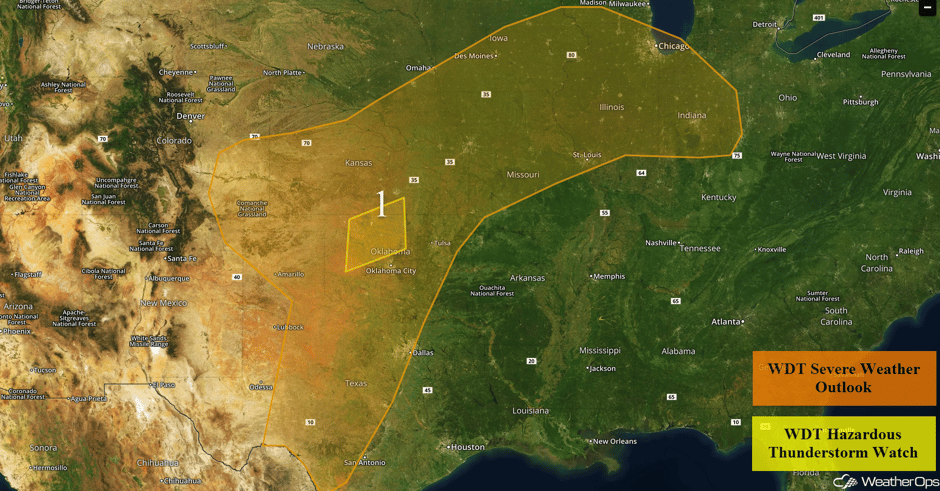 Excessive Rainfall Possible from Central Plains to Mid-Mississippi Valley on Wednesday
In addition to the severe weather potential described above, there will also be a potential for heavy rainfall from southeast Colorado northeastward toward the Iowa-Missouri border. Some areas may receive multiple rounds of showers and thunderstorms for some locations, with most of the activity occurring from late afternoon into the evening and overnight hours along and near a frontal boundary as an area of low pressure slowly moves eastward. Rainfall amounts of 1-2 inches with isolated higher amounts in excess of 3 inches are expected. 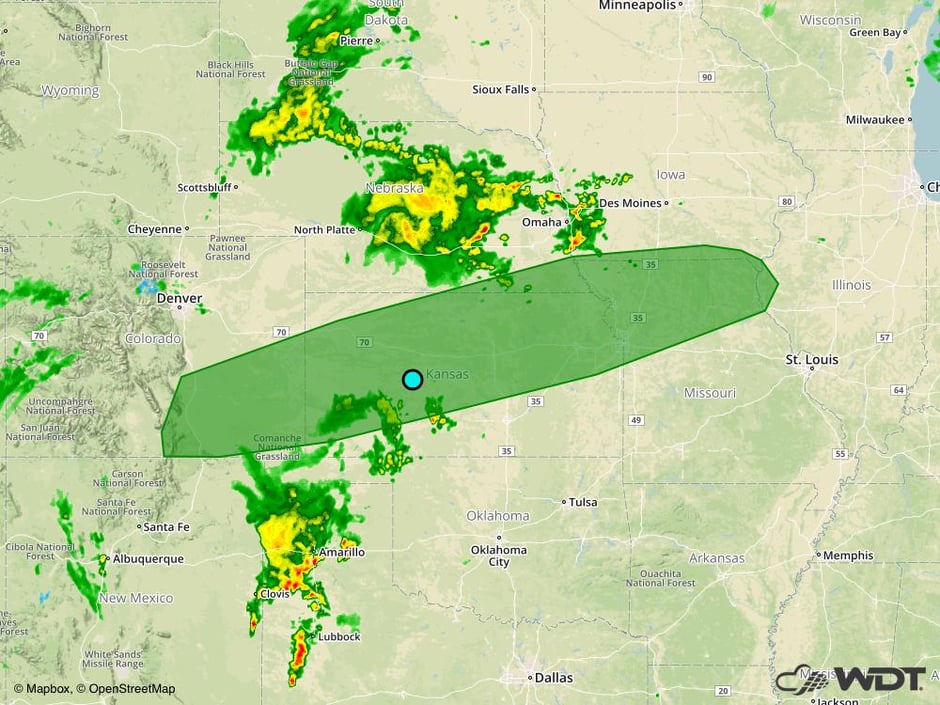 Strong to Severe Thunderstorms from the Great Plains to Mid Atlantic on Thursday
The upper level low described above will transition into an open trough on Thursday as it moves out of the Plains and into the Ohio Valley. An area of low pressure and its associated fronts will be the focus for the development of thunderstorms across the region. Some thunderstorms may be ongoing during the morning hours, but more robust thunderstorm development is expected during the afternoon and evening. Strong to severe thunderstorms will be possible throughout the region, with large hail and damaging winds the primary hazards. A low tornado threat may exist with some of the stronger storms. 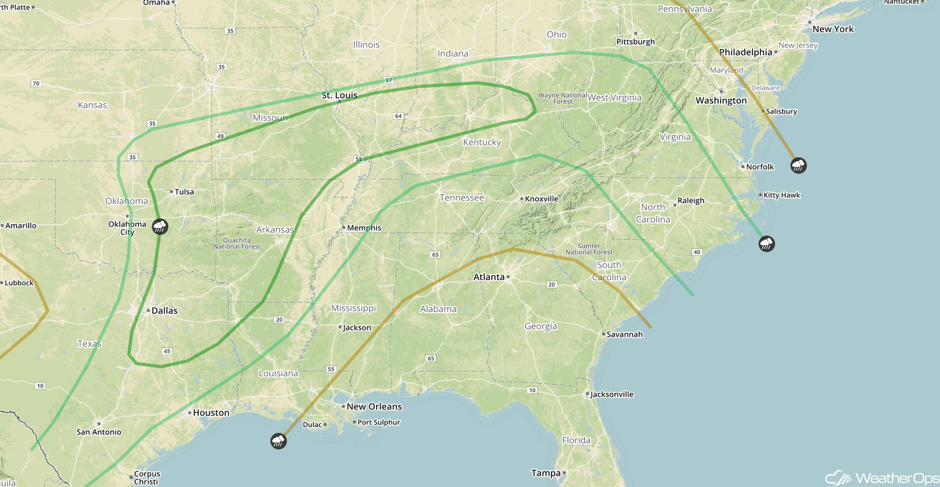 Excessive Rainfall Thursday for Ohio Valley and Central Appalachians
Scattered to widespread showers and thunderstorms are forecast to develop across portions of the Ohio Valley and central Appalachians on Thursday as an area of low pressure tracks southeastward along a nearly stalled front. Forecast rain amounts of 0.75-1.50 inches with locally higher amounts of 2.50 inches are expected. The highest amounts will be likely over the Appalachians. 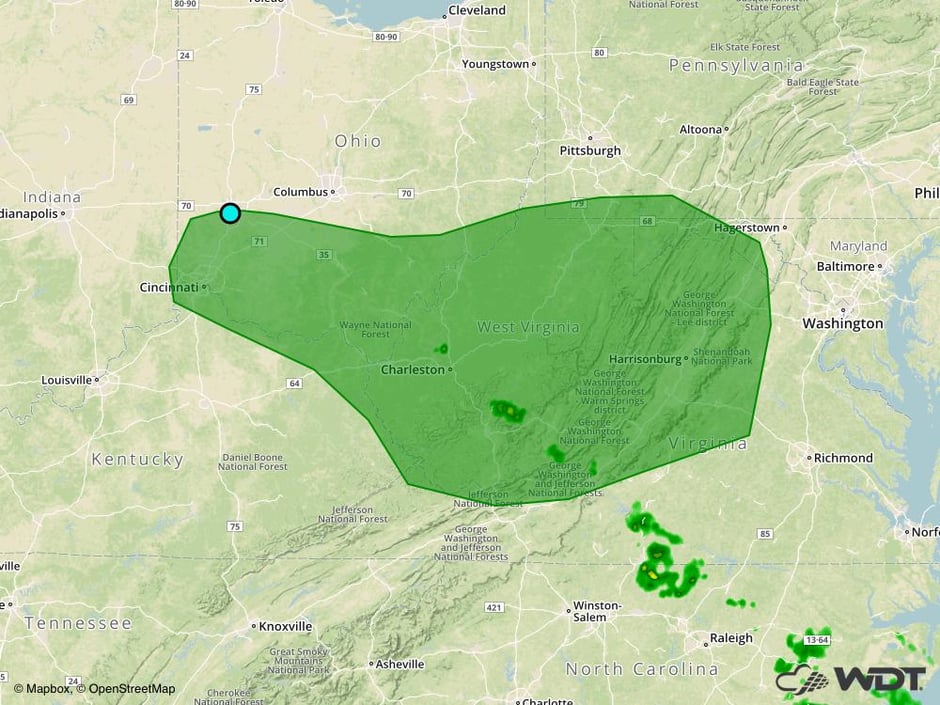 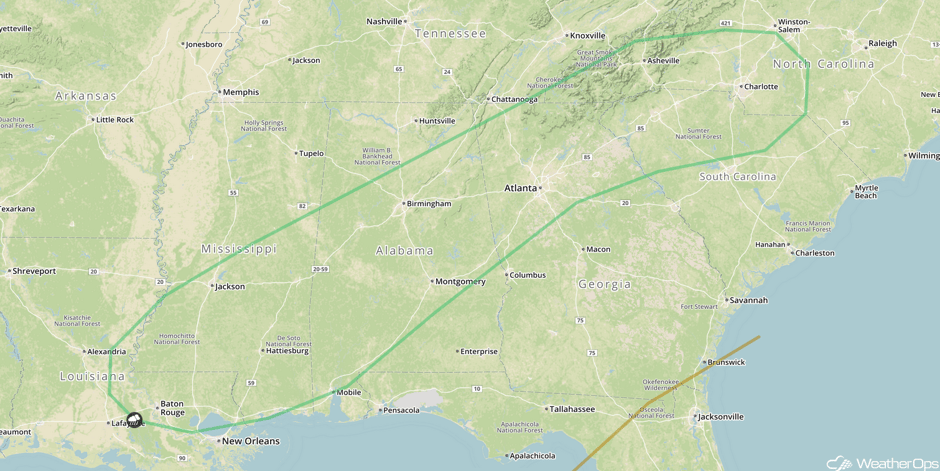 Excessive Rainfall Friday for the Central Appalachians
Showers and thunderstorms are forecast to continue across the central Appalachians on Friday as an area of low pressure remains nearly stationary. General rainfall amounts of 0.75-1.50 inches with isolated higher amounts in excess of 2.50 inches are expected. Rain will begin to decrease in intensity after sunset. An increased risk of flooding or runoff may develop for areas that receive heavy rains on both Thursday and Friday. 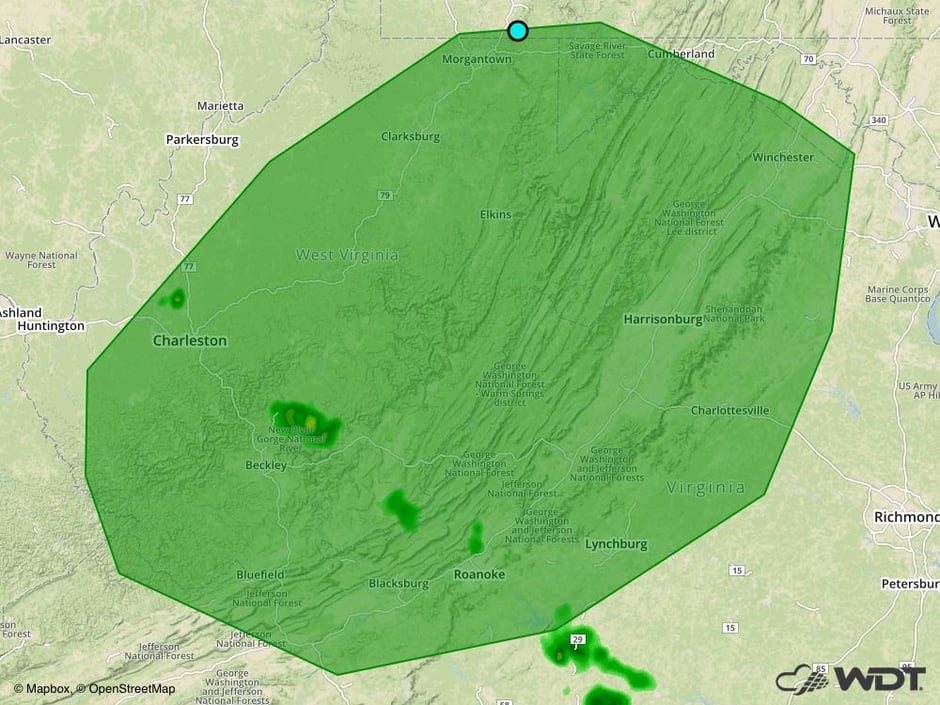