Region 1
As an area of low pressure lifts northeastward over the Plains, an active weather day is expected from east Texas northeastward across Louisiana, Arkansas, and Missouri. As of this morning, showers and thunderstorms are ongoing from eastern Texas into Missouri. The activity over southeast Texas is expected to persist and move across the Houston Metro through early afternoon.

Further to the north and east, current activity will dissipate by midday, allowing more intense thunderstorms this afternoon. The highest tornado threat appears to be focused across Arkansas into southern Missouri. The highest threat for severe winds and hail will be from northern Louisiana northward into central Missouri. By late evening and the overnight hours, thunderstorms will organize into squall lines resulting in the threat for severe wind gusts spreading eastward toward the Mississippi River. 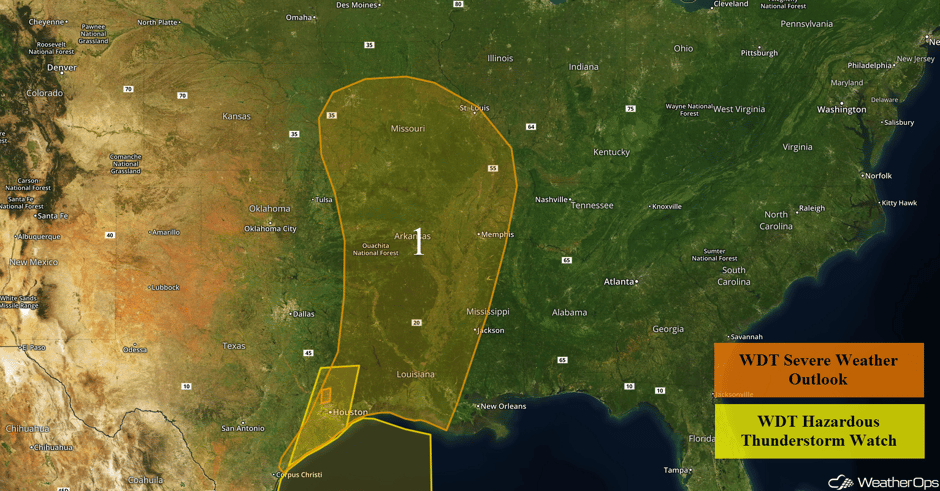 Region 2
Winds and seas are expected to increase throughout the day in response to an intensifying area of low pressure over the Southern Plains. Southwesterly winds of 22-28 knots with gusts in excess of 35 knots are expected. Seas of 7-9 feet are expected to persist through the day before decreasing this evening. 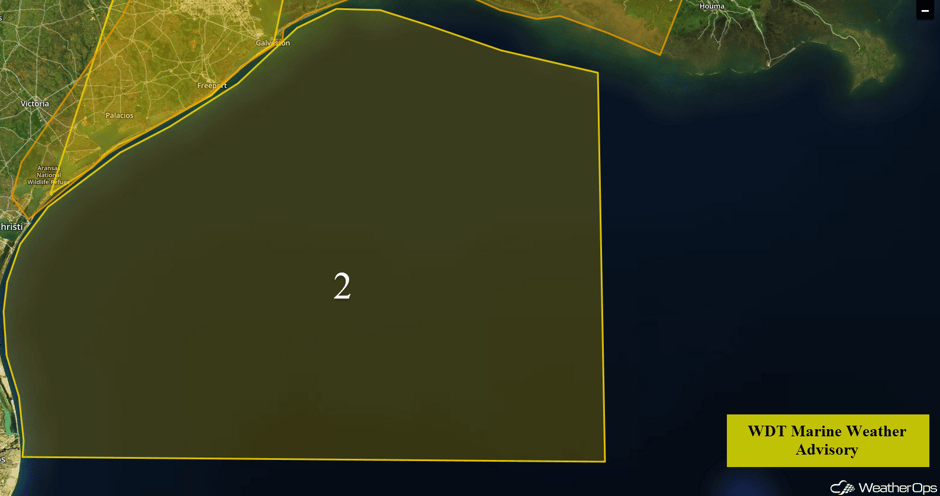 Severe Thunderstorms Expected from Lower Mississippi Valley into the Tennessee Valley on Thursday
The severe weather threat will continue to shift eastward on Thursday as an area of low pressure and associated cold front moves across the Mississippi Valley. Morning thunderstorms will be ongoing across the Mississippi Valley from overnight activity. This activity should diminish during the late morning. Activity is expected to redevelop along and ahead of the cold front along the Mississippi River and then increase in coverage and intensity into the evening. The greatest threat for tornadoes will be from northern Mississippi into southern Illinois including the possibility of a Tennessee tornado. In addition to the possibility of strong tornadoes, large hail and damaging winds will also be possible. 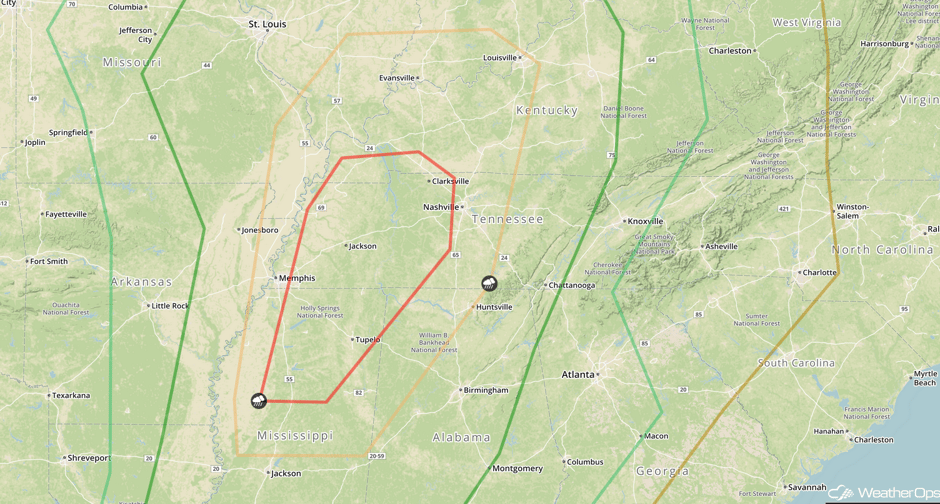 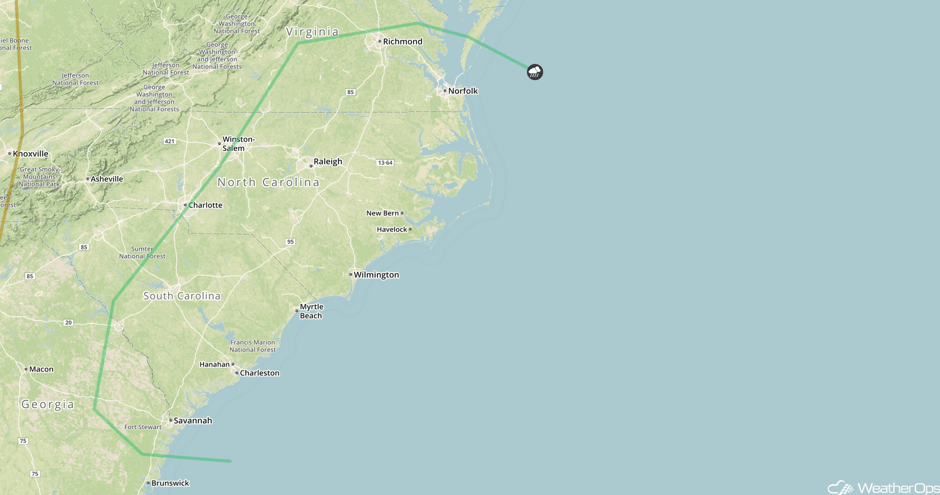