No WeatherOps Hazards are currently in effect. Widespread thunderstorms have developed during the morning hours across portions of South Dakota, Iowa, and Illinois ahead of an upper level system; more widespread activity is possible later in the day on Wednesday across portions of the Great Plains, Ohio Valley, and Mid Atlantic with the greatest severe threat extending from southern Wisconsin and northern Illinois into Northern Indiana and Western Ohio. On Thursday, thunderstorms will be possible from the Mid Atlantic to the Central High Plains ahead of a cold front. A surface low will develop over eastern Montana on Friday, bringing the chance for strong to severe thunderstorms for portions of the Northern Plains. Thunderstorms will also be possible from Missouri and Arkansas into the Carolinas. 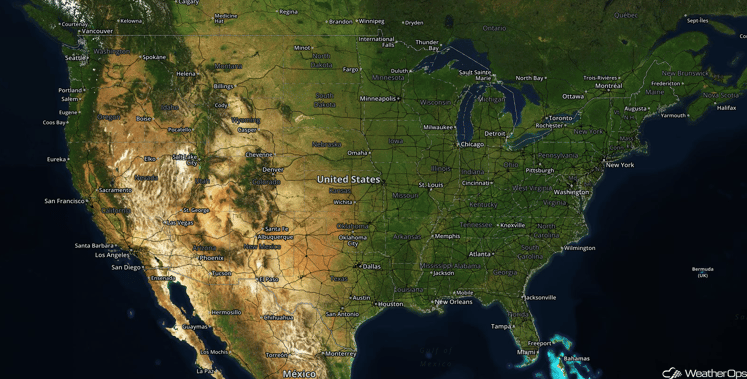 Strong to severe thunderstorms developed this morning in South Dakota, Iowa, and western Illinois ahead of an upper level system. Warm moist air had been moved northward ahead of a low, leading to the development of thunderstorms. Hail and severe wind gusts will be possible with this activity as it moves eastward. More widespread and intense thunderstorms will be possible later in the day as the low moves eastward. A warm front will move northward east of the low, bringing in warm, moist air into the region. With the upper level system moving across the region, strong to severe thunderstorms will begin to develop during the afternoon and evening. 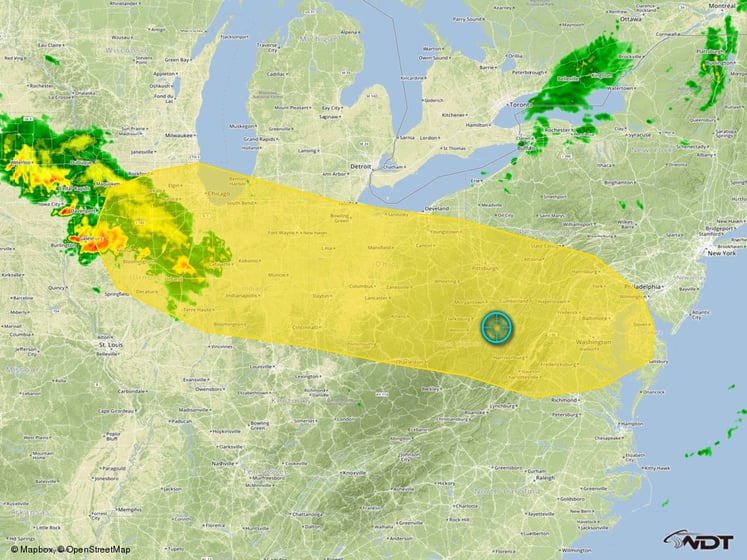 The greatest potential for severe thunderstorms will exist from southern Wisconsin and northern Illinois into northern Indiana and western Ohio. Wind profiles will be favorable for the development of supercells. Rapid development of supercells capable of very large hail, damaging winds, and tornadoes is expected from the mid afternoon through the evening hours. In addition to the severe weather threat, locally heavy rainfall will be possible. Rainfall amounts of 1-3 inches with locally higher amounts in excess of 4 inches will be possible. 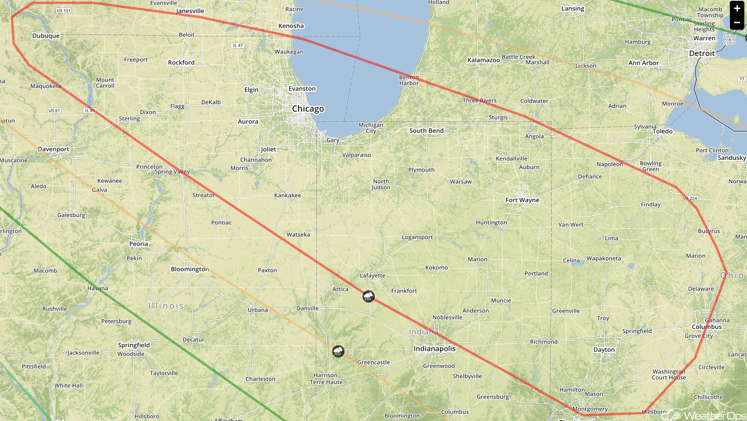 After a morning round of strong to severe thunderstorms from the Ohio Valley to the mid-Atlantic states, an area of low pressure will be the focus for the development of strong to severe thunderstorms as it moves eastward and the cold front moves to the southeast. Storms are expected to develop during the afternoon along the cold front from eastern Kentucky westward into West Virginia, Virginia, Maryland, southern Pennsylvania, the Delmarva Peninsula, and parts of New Jersey. Damaging winds and large hail will be the primary threats, although isolated tornadoes cannot be ruled out.

Heavy Rainfall will also be possible across portions of West Virginia, eastern Kentucky, and western Virginia, where locally heavy amounts in excess of four inches will be possible. This could result in flash flooding within some higher elevations.

Further west, storms will form along the front from the Ohio Valley westward into the Great Plains. Strong surface heating along the Front Range of the Rockies will cause scattered thunderstorms to form that will move eastward during the afternoon and evening. Large hail and damaging winds will be the primary threats with these storms. 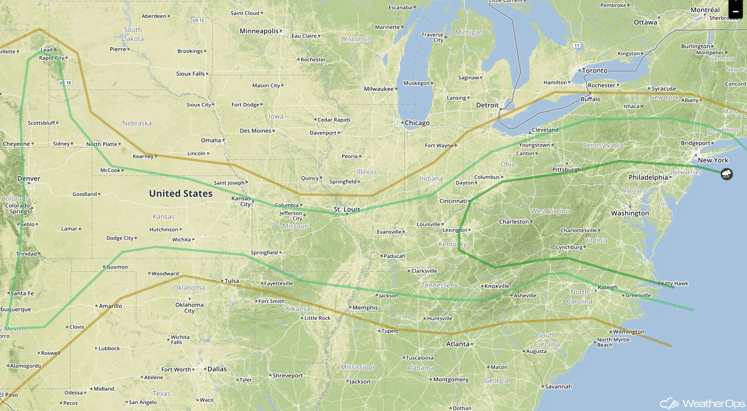 Strong to Severe Thunderstorms Possible for the Northern Plains on Friday

A surface low will begin to form in eastern Montana on Friday, and as the low's warm front forms to its east, southerly flow behind it will bring in warm, moist air that will further destabilize with daytime heating. An upper level wave passing over during the afternoon will help generate strong to severe thunderstorms. Large hail and damaging winds will be the primary threats.

The remnants of a cold front that helped bring severe weather to the region the day before, along with surface boundaries left over from that round of thunderstorms, will help generate isolated severe storms. Hail and damaging winds will be the main hazards with these storms. 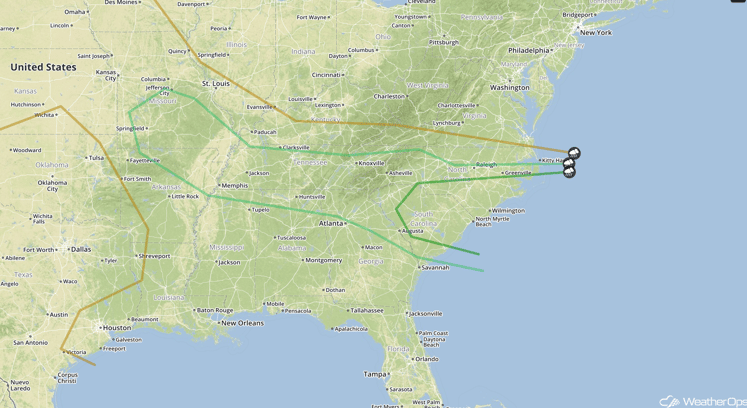