Thunderstorms will continue for portions of the North Central Gulf of Mexico through late Wednesday afternoon. A cold front moving through the Upper Midwest will be the focus for the development of thunderstorms during the afternoon and evening. These storms will have the potential to produce excessive rainfall. Thunderstorms may develop across southeast Virginia ahead of a cold front. Monsoonal rains will continue to pose a risk for excessive rainfall across portions of the Southwest, Great Basin, and Southern Rockies through Friday.

Continued Thunderstorms through Wednesday Afternoon across the North Central Gulf of Mexico
A cluster of strong thunderstorms that have developed east of the Mississippi Delta are expected to drift southward during the morning and afternoon while increasing in coverage. Winds in excess of 40 knots and frequent lightning will be the primary hazards with these storms.

Potential for Thunderstorms across the Upper Midwest on Wednesday
Ongoing showers and thunderstorms should weaken through the morning, however, another round of thunderstorms is expected to develop late this afternoon ahead of a cold front. Large hail and damaging winds will be the primary hazards as these storms move eastward through the overnight hours. 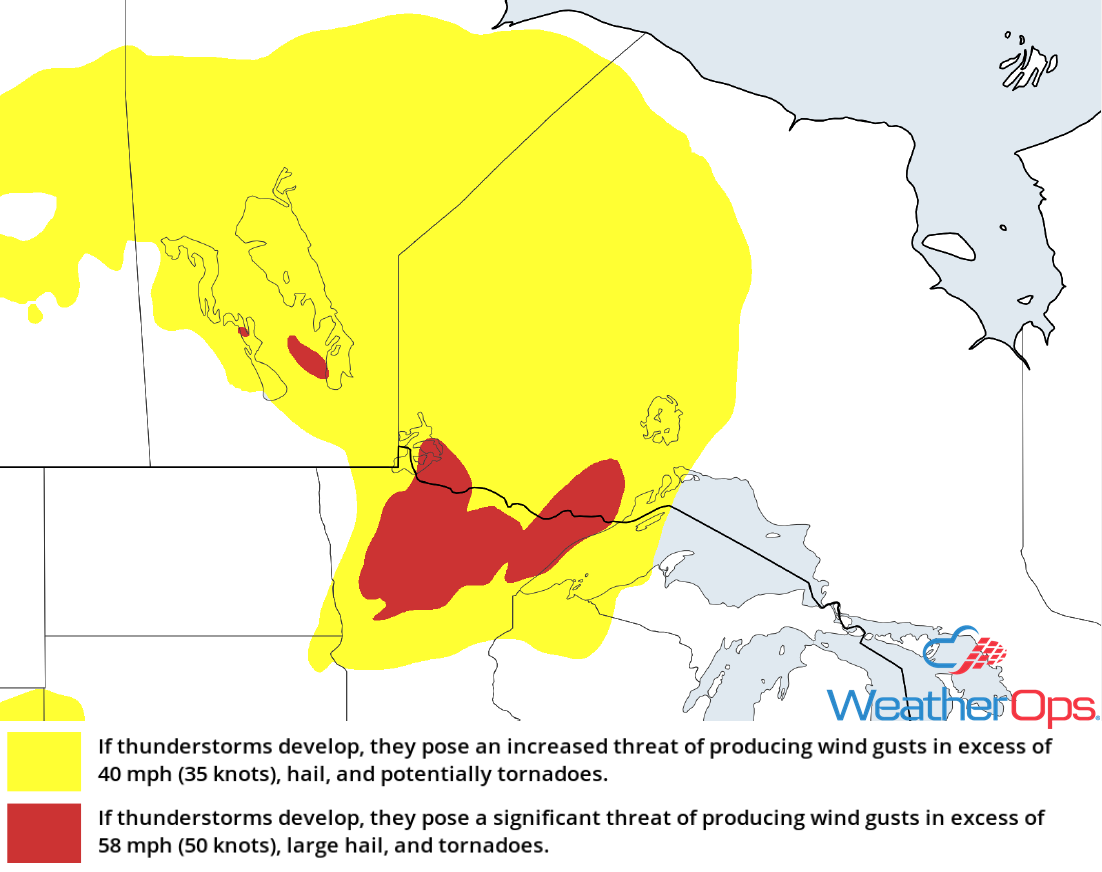 Excessive Rainfall Wednesday across Northern Minnesota and Wisconsin
In addition to the thunderstorm potential described above, there will be a risk for heavy to excessive rainfall. Rainfall amounts of more than 1-2 inches are forecast to occur within a short period of time (1-3 hours). This may result in a slight risk for flash flooding. 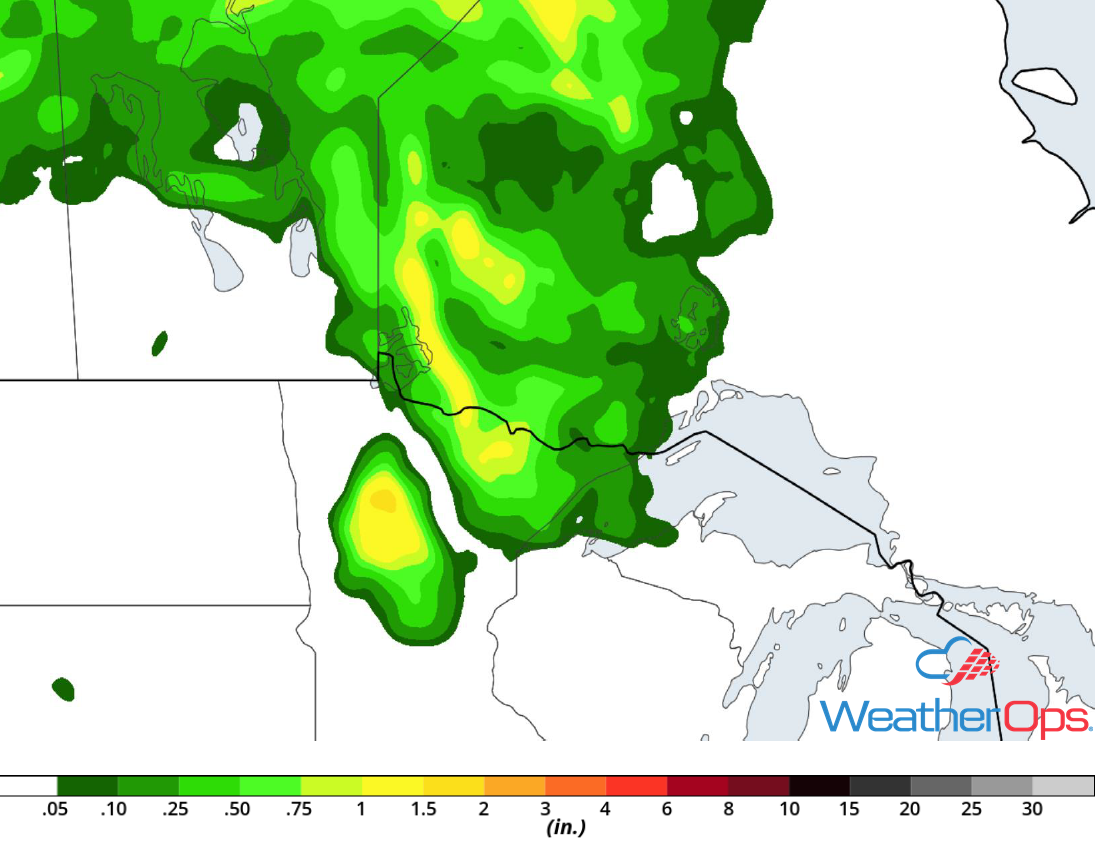 Thunderstorms for Southeast Virginia on Wednesday
A cold front forecast to move southward across northern and central Virginia will be the focus for thunderstorm development between midday and mid-afternoon. Damaging winds will be the primary hazard with these storms. Activity will progress eastward through the early evening while weakening. 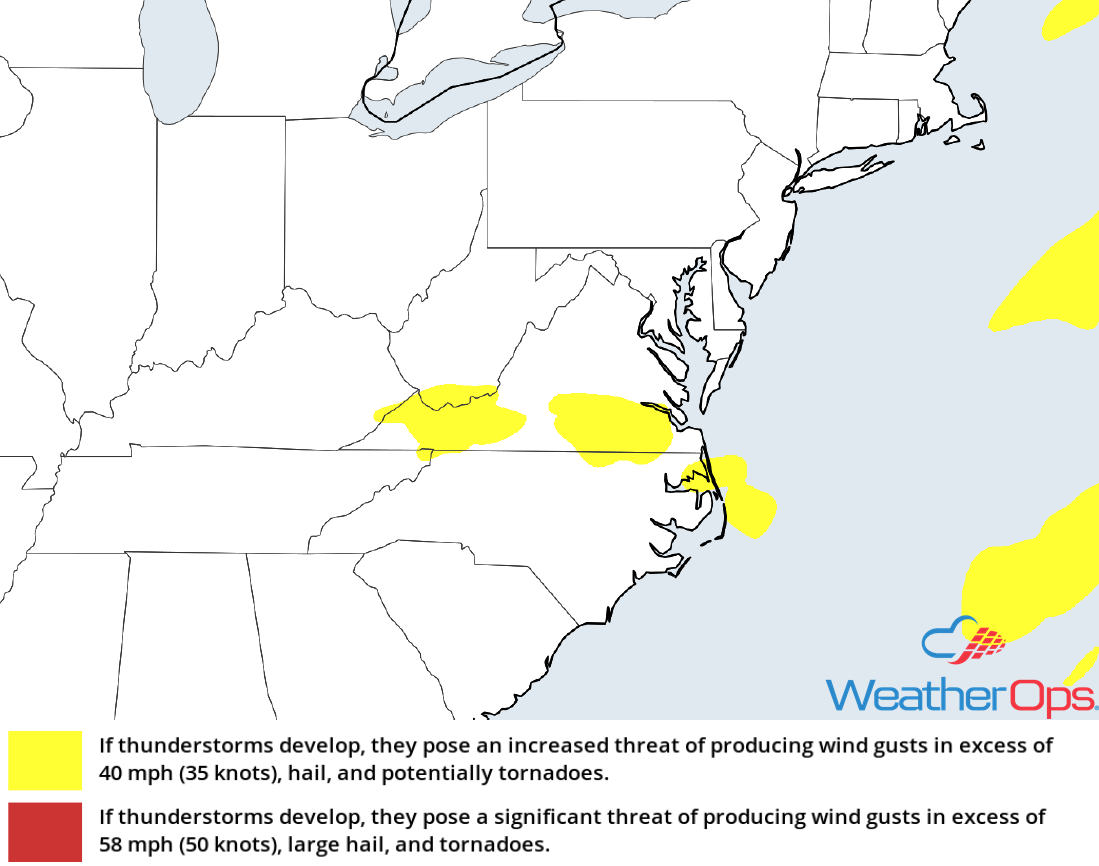 Risk for Excessive Rainfall through Friday across the Southwest, Great Basin, and Southern Rockies
The monsoon pattern will continue across the region through Friday. Afternoon and evening thunderstorm activity is expected as a result of plentiful low level moisture and a series of mid-level disturbances moving over the region. Storms will initially develop within the higher elevations before moving into the lower elevations. Three day rainfall totals will range 1-2 inches with locally higher amounts in excess of 3 inches. There will be a risk for flash flooding with the heavier storms. 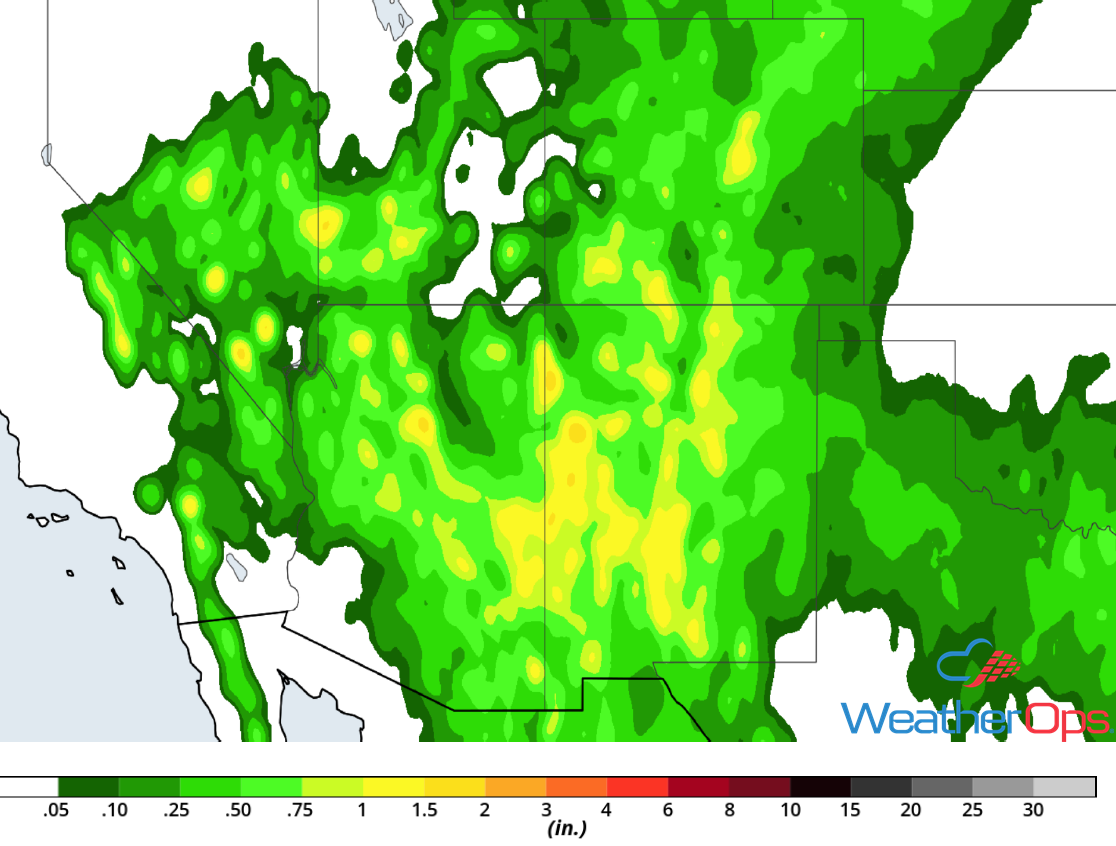 Excessive Rainfall Thursday for the Northern Plains
A cold front will stall over north central Nebraska by Thursday afternoon. Instability will be sufficient for the development of thunderstorms during the mid to late afternoon. With mid level winds parallel to the front, multiple rounds of thunderstorms are expected through Thursday night. Rainfall amounts will range 1.00-1.50 inch with locally higher amounts. The greatest potential for localized flash flooding will be during the overnight hours. 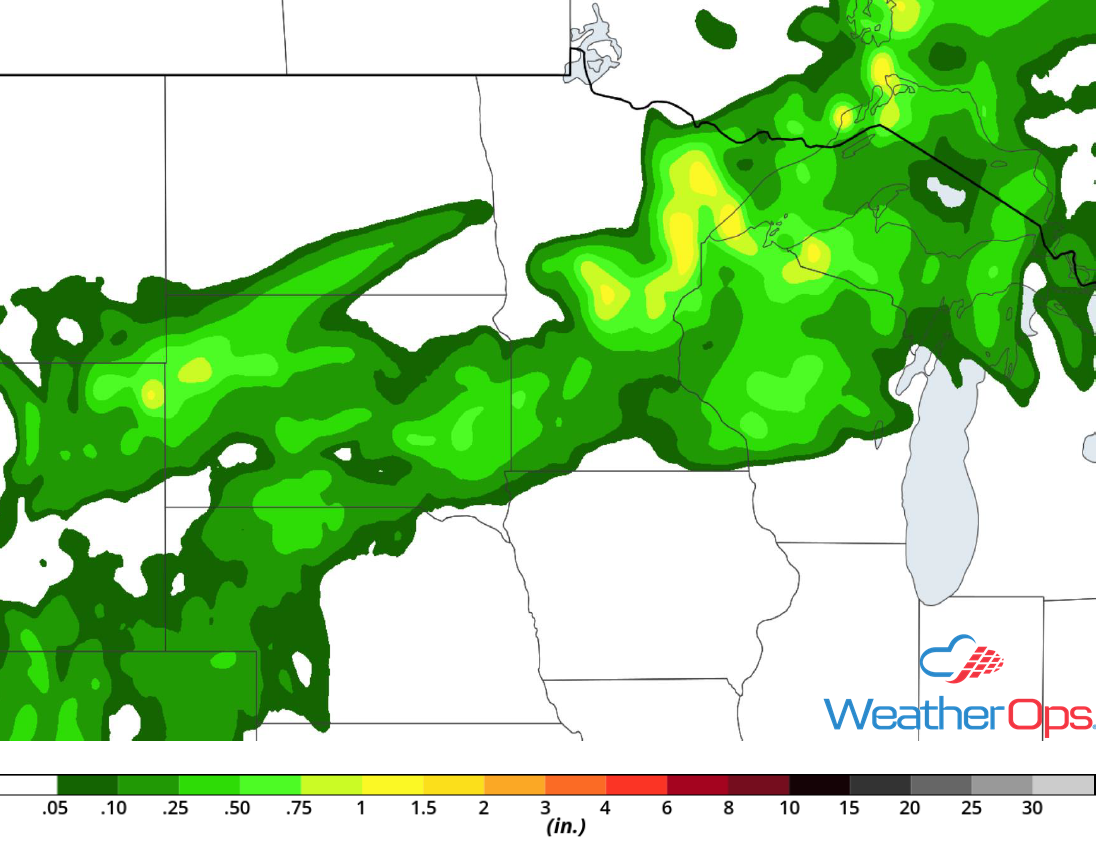 Tropical Update
Hurricane Chris (green oval) is 315 miles east of Cape Hatteras, North Carolina and is moving northeastward at 22 mph. Maximum sustained winds are 105 mph with higher gusts. Some strengthening is expected today or tonight, but Chris is expected to weaken to a strong post tropical cyclone by Thursday night.

A large area of cloudiness and disorganized thunderstorms associated with the remnants of Beryl (red oval) is located over much of the Bahamas and the western Atlantic. Little to no development is expected today, but conditions could become a little more favorable later in the week as the disturbance moves northward.