Significant Snowfall for Portions of the Rockies on Wednesday
An area of low pressure is forecast to move over the Rockies today with an upper level trough providing support. With the available moisture in the region from the Pacific, moderate to heavy snowfall will be possible for portions of the Rockies. Snow accumulations of 6-12 inches in the higher elevations and 2-6 inches in the valleys are forecast. As a result of the snowfall, and temperatures at or near freezing, the threat of avalanches will be present over the region, especially over western Colorado. 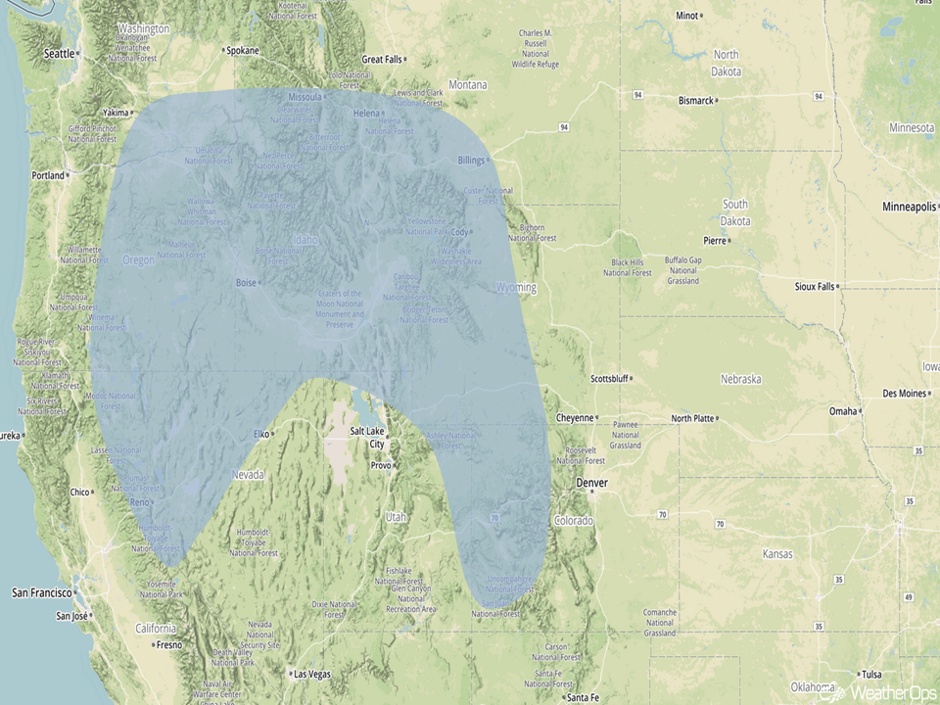 A Look Ahead
As the area of low pressure associated with the freezing rain potential tracks northeastward on Monday, freezing rain and/or sleet will be likely from portions of the Central Plains into the Midwest. To the west of the low, moderate to heavy snow is expected where temperatures are well below freezing. This precipitation will move into the Northern Plains and Great Lakes on Tuesday.