No WeatherOps hazards are currently in effect. A strong area of low pressure moving through the Northern Plains will allow for the development of snow across the Great Lakes on Wednesday. Across the Cascades, snow is expected as an area of low pressure and cold front moves into the Western US. Light snow is likely across the Colorado Rockies as a weak system moves across the southern Rockies. As the cold front across the Western US continues to move eastward, there will be the potential for heavy snow across the Sierra Nevada. This same system may bring excessive rainfall to portions of California. 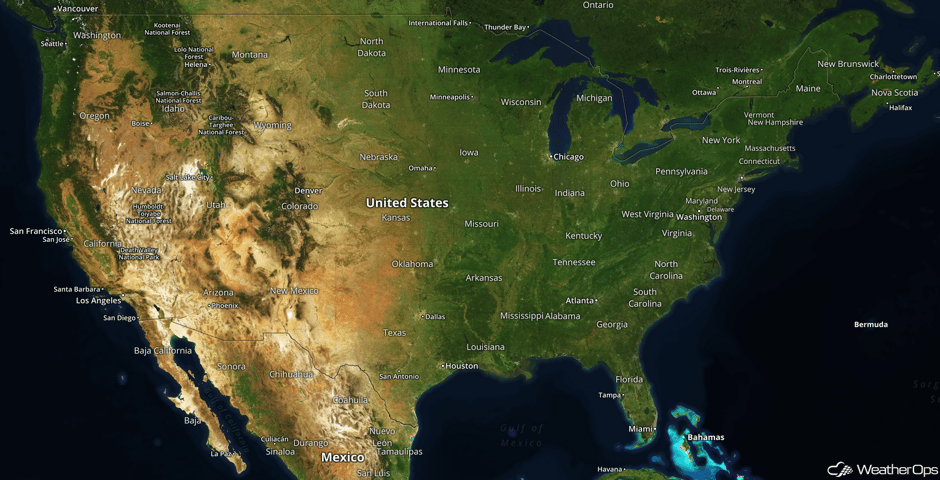 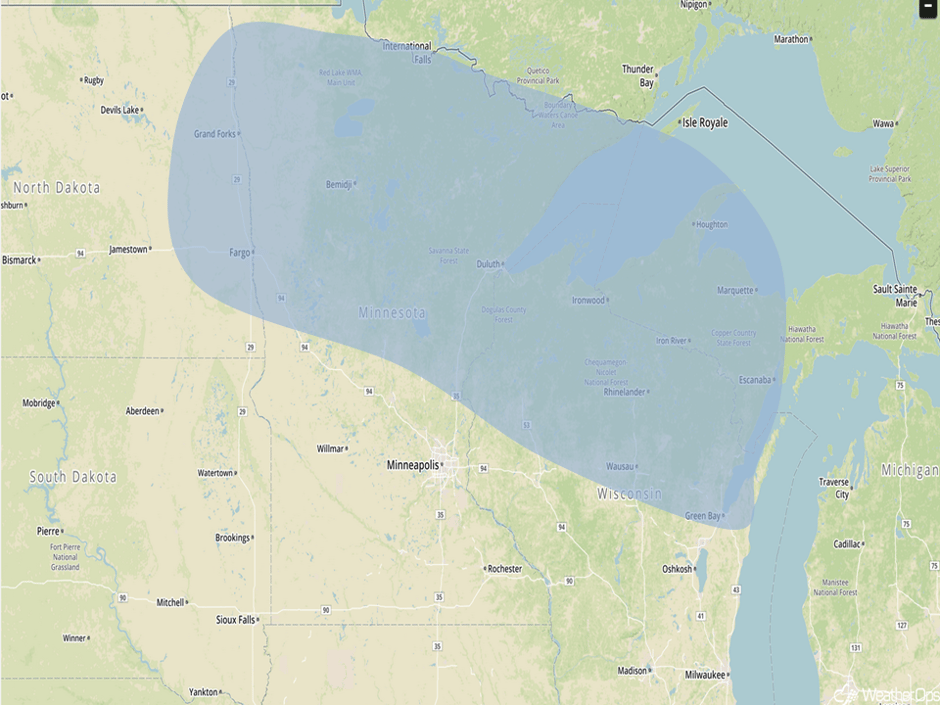 Significant Snowfall Possible Thursday across the Cascades
The next storm system will begin to move into the Western US on Thursday, allowing for snowfall across the Cascades. Snowfall accumulations of 4-6 inches with isolated heavier amounts in excess of 8 inches are forecast, mainly in the higher elevations. 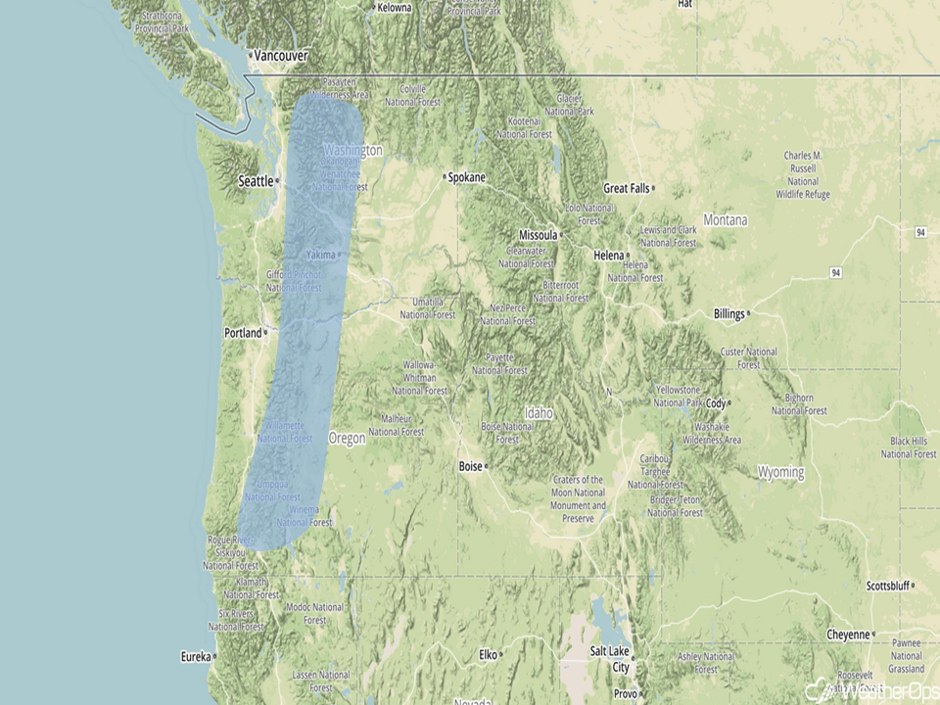 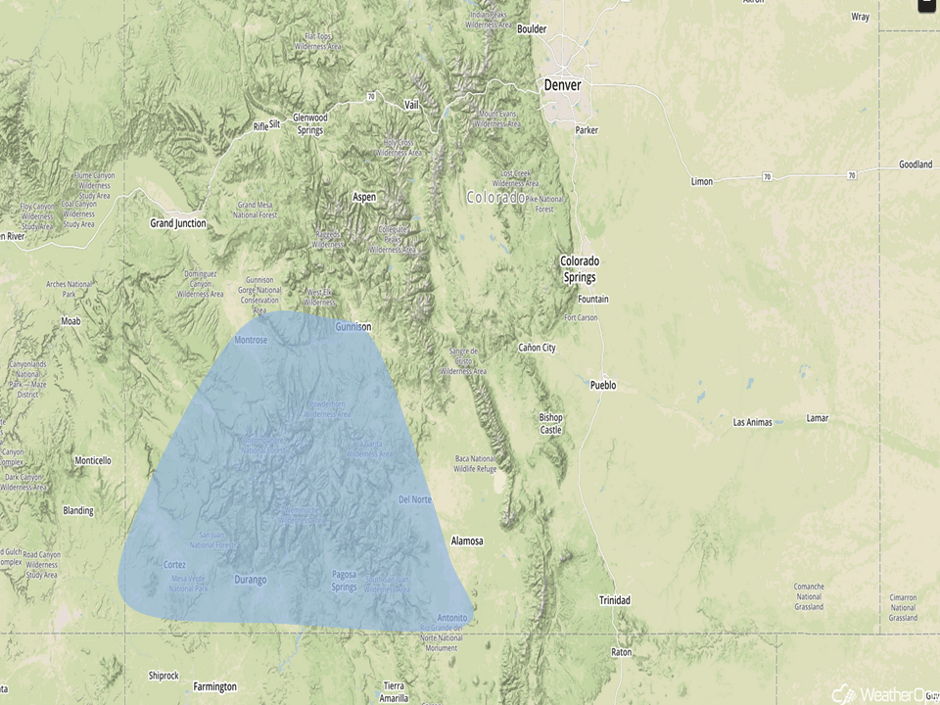 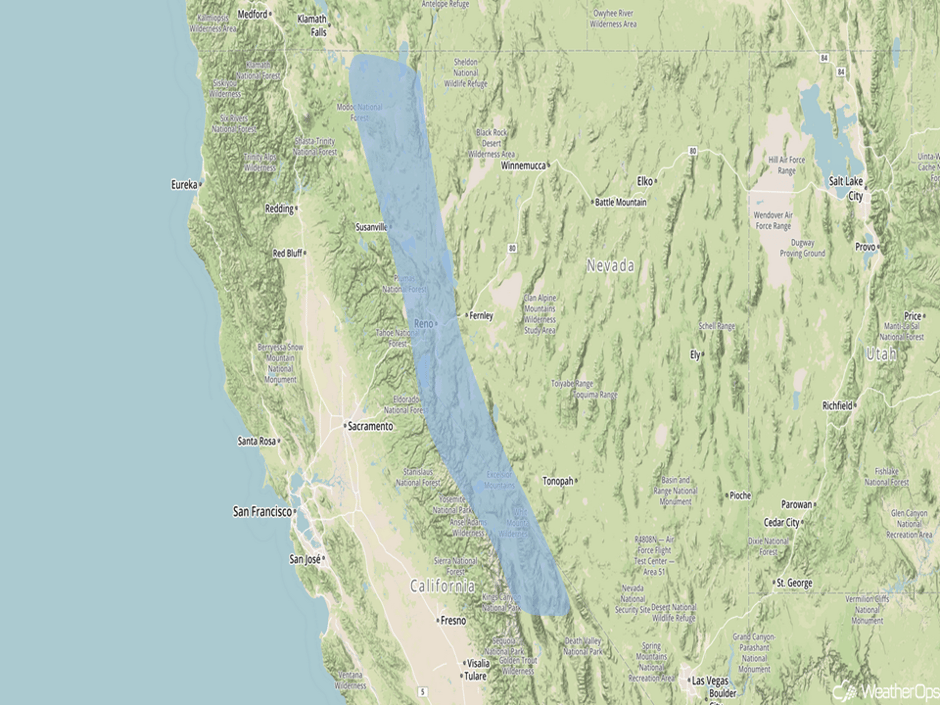 Excessive Rainfall Possible for Portions of California on Friday
As an area of low pressure begins to move over California on Friday, plentiful moisture ahead of the front will allow for the potential for excessive rainfall. Rainfall amounts of 2-3 inches of rain is expected, allowing for the risk for flash flooding. 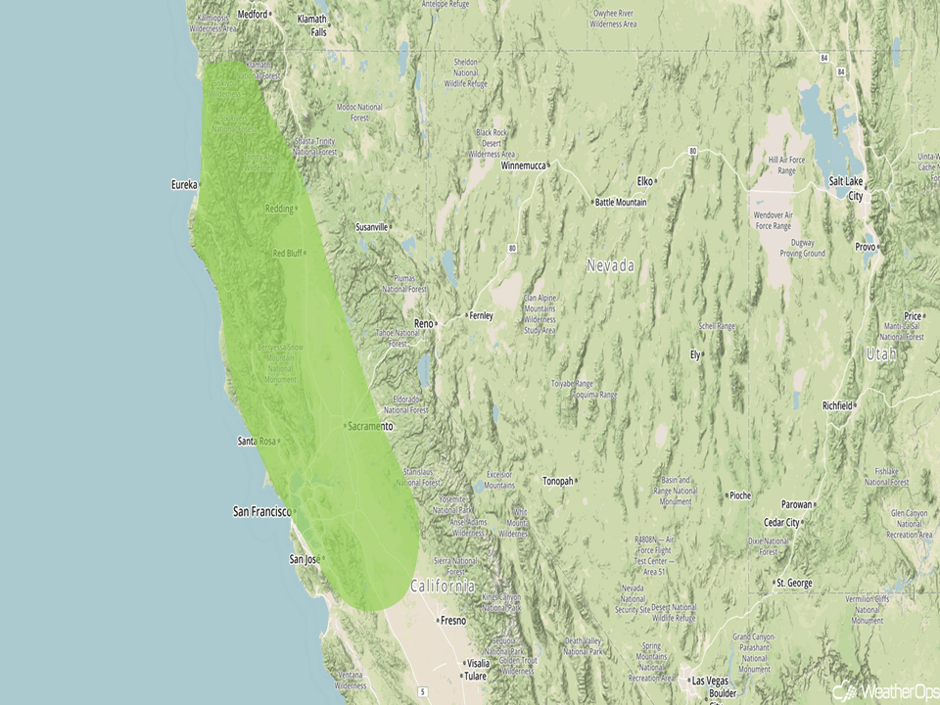